What Lies Ahead for Mobile Performance Marketing in 2014?

EMarketer recently declared that 2013 was the ‘year of social’ in online advertising. While that may be true, it seems very likely to me that 2014 will be the ‘year of mobile’.  It won’t just be a buzz-heavy year ... 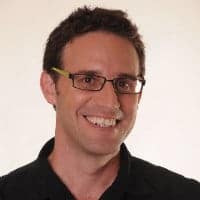 EMarketer recently declared that 2013 was the ‘year of social’ in online advertising. While that may be true, it seems very likely to me that 2014 will be the ‘year of mobile’.  It won’t just be a buzz-heavy year for mobile marketing either. Real progress will be made.

In 2014 we will see three important mobile trends emerge: marketplace maturation; consolidation; and the increasing domination of consumer-friendly verticals.

Before we dive into how each of these trends will affect mobile marketing in 2014, let’s examine the bigger picture.

Advertisers are projected to spend $25 billion globally on mobile advertising in 2014, compared to $15.8 billion spent worldwide in 2013. EMarketer estimates that North American advertisers will spend just over $12 billion in 2014 on mobile ad campaigns (52% of the worldwide market), while their western European counterparts will spend $6.4 billion on mobile, or 25% of the total worldwide mobile ad spend.

Clearly, the demand for mobile advertising is moving in the right direction.

An issue persists though: quality. As the mobile marketing ecosystem matures, a bifurcation is starting to emerge. Ad networks and affiliates that focus on quality and user engagement as a means of delivering better ROI for advertisers are gaining market share against those that rely on the more traditional method of success in mobile, which often includes a heavy focus on installs and in-app purchases.

The mobile marketing ecosystem enters 2014 at an interesting and exciting phase in its evolution. Gone are the ‘Wild West’ days of anything-goes tactics, having been replaced by a more sophisticated, focused brand of mobile advertising. But quality and control issues remain, which could make some advertisers hesitant to invest in performance-based mobile marketing.

In order for 2014 to truly be the ‘year of mobile’, three things need to happen: the industry needs to mature; consolidation among smaller players must take place; and ad networks and affiliates need to place a greater emphasis on consumer-friendly verticals, such as home services.

Here’s a look at what’s in store for mobile marketing in 2014:

It’s time for mobile marketing to come of age

Mobile marketing, especially performance-based mobile, needs to reach a point of stability and maturation in 2014 that hasn’t been present in years past. Advertisers need both scale and simplicity in order to achieve their online and mobile advertising results.

Mobile can no longer exist in a vacuum. Mobile ad networks and affiliates need to understand that the path toward stable growth and prosperity doesn’t necessarily lie with expanding into new and emerging markets, or tapping into different monetisation opportunities. The true path to stability comes from forming smart, strategic partnerships across the online advertising ecosystem in order to provide advertisers with a multichannel approach to achieving their online marketing goals.

Better measurement and metrics are critical to helping mobile mature. The continuing fragmentation of the mobile ecosystem, combined with systemic tracking issues, has led to little in the way of accepted industry measurement standards. This makes it difficult for advertisers to justify increasing their mobile ad budgets.

One additional ‘coming of age’ area is programmatic buying in mobile. While still in its early, nascent days, it is clear that programmatic will play an increasingly important role in how mobile ad inventory is bought and sold, just as it has for display ads and is starting to do in video. Marketers should learn as much as they can about programmatic mobile as it will be an important factor in 2014.

Consolidation should be all the rage

Consolidation is necessary in order to sustain mobile marketing’s growth and influence in the broader online advertising ecosystem. Take a look at the Mobile LUMAscape to see how fragmented the mobile ad industry has become. Having hundreds, if not thousands, of relatively small companies all vying for the same advertiser and publisher business doesn’t benefit anyone in the long run.

In 2013, Matomy Media Group did its part to help reshape and mature the mobile marketing industry. Last July, we acquired mobile ad network MobAff and integrated it within our existing mobile offering. While our experience is a single example of a much larger mobile M&A trend that needs to take place, we believe it points to an important emerging trend: established, multichannel online advertising companies, like Matomy, acquiring small mobile firms and integrating the best of their talent and techniques into an existing offering.

Performance-based ad companies need to make smart, strategic partnerships and acquisitions in 2014 with mobile companies that have advanced, even niche, capabilities or technology, in order to develop a comprehensive, sophisticated approach to mobile. This will be enhanced by desktop-based ad-tech companies developing or acquiring capabilities that will open the door for traditional, non-mobile native advertisers to be introduced to mobile.

Marketers get serious about click-to-call and home services

Click-to-call and home services are two channels that mobile marketers absolutely should pay attention to in 2014.

Click-to-call is the perfect mix of consumer-friendly technology (i.e., the consumer clicks directly on a mobile ad or mobile landing page and directly dials the merchant) and the ability for a merchant or advertiser to speak directly with a consumer at a point in time in which the consumer is inclined to make a purchase or has expressed interest in a particular service.

That’s why click-to-call and home services should be on the mind of every mobile ad network executive in 2014. They will form the basis of the mobile marketing industry’s next great wave of success, one that is built on stable, consumer-friendly verticals in which brands can trust that the ad networks and affiliates running their campaigns have their best interests, and that of their customers, in mind.

Don’t forget about email and social

Finally, a few parting notes about email and social. While I didn’t highlight these in my above analysis of 2014’s big performance-based mobile marketing trends, both will be crucial to mobile’s success next year.

In our own work at Matomy, we’re seeing upwards of 50% of advertiser email opens coming via a mobile device. Many consumers will quickly scan an email on a mobile device and then make a purchase on a desktop or tablet device. Mobile marketers should pay attention to this trend and adjust their email copy and creative accordingly.

Twitter’s recent acquisition of MoPub means advertisers now have new mobile targeting capabilities to play around with on the social network. Twitter expanded those ad targeting capabilities even further in November by allowing marketers to now more granularly segment audiences on mobile (iOS and Android) by operating system version, device, and Wi-Fi connectivity.

Social will play an increasingly important role in performance marketing in the future (full disclosure: we made a social acquisition this year when we acquired Adquant’s social advertising agency in October). The combination of mobile and social is still maturing but you can already see the possibilities emerging. The ability to mix mobile’s real-time marketing capabilities with social’s customer engagement and emerging customer acquisition capabilities is a digital marketer’s dream.

As 2013 draws to a close one thing is abundantly clear: mobile is poised for much more than a breakout year in 2014. It’s set to get on the path of equal footing with online advertising. Before it can do that, though, three principal issues need to be resolved. The industry needs to mature and provide advertisers with real ROI, not just app installs and downloads. The fragmentation that has long plagued the industry needs to be resolved through smart acquisitions and partnerships between mature, established multichannel marketing companies and the younger set of innovative mobile-specific companies. And ad networks and affiliates need to place more emphasis on servicing the more consumer-friendly verticals, such as home services, that are part of the larger online advertising ecosystem.