What Will Happen to Search in ‘Generation Social?’

A Household Name In the US sitcom Community, Pierce Hawthorne (Chevy Chase), by far the oldest member of a study group at a second-rate Community College, boasts about how ‘with it’ he is by telling his younger study partners that ... 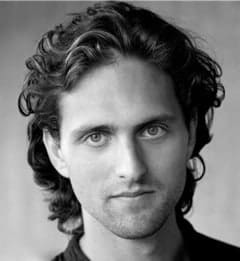 In the US sitcom Community, Pierce Hawthorne (Chevy Chase), by far the oldest member of a study group at a second-rate Community College, boasts about how ‘with it’ he is by telling his younger study partners that he knows all about ‘Ask Jeeves’. The joke ought to make sense to anyone who grew up in a time when a host of search options became just one and ‘Google it’ became a household phrase.  All other search engines either fell by the wayside or are still struggling to convince users of all ages to start their internet experience from somewhere other than Google.com.

Are you Getting old?

But your reliance on Google might soon seem as old-fashioned to the teenagers of today, just as Pierce’s pride in having heard of Ask Jeeves. One of the earliest signs that you’re ‘getting old’ is when you ask a teenager what they can possibly be doing on Facebook for those eight hours a day they seem to be on it for.

In 2012 half of 18-23 years olds used social networks as their go-to internet-discovery resource, and 43% said they were more likely to use social over search to find online content.

This means that for many young people, social is the new search.

Instead of Googling and finding blogs, brand websites or news, young people are turning to their friends and followers for content, advice and entertainment. And it makes sense: peer to peer recommendations are a lot more powerful than adverts you see online and you can know much more quickly how much you trust the information you’re receiving. You know that (most of the time) it’s trustworthy because it’s based on what people (and probably like you) actually think, they’re not trying to sell you anything. You can also ask more human questions such as ‘what’s the best looking phone on the market?’ or more personal questions like ‘need shoes for an interview, what would suit me?’

And that’s not even taking into account the effect of a friend’s recommendation from several months ago on your decision making process of today.

A total of 81% of us are influenced by friends’ posts according to a survey by Market Force and 1.5 million pieces of content are shared on Facebook every day. So for a young person regularly plugged into their social network(s), a Google search is more likely to find a brand’s website once the purchase has been decided rather than to research what to buy.

But is this the Same for all Types of Content?

This phenomenon will certainly affect some purchase journeys more than others.  Some of the most obvious at the moment are in the hospitality industry.  In most major US cities, Google search volume for ‘hotels in ‘that city’ was down 70% in 2012. A total of 52% of Facebook users said that friends’ photos inspired their choice of holiday and only 48% of holidaymakers on social media stuck with their original plans after being influenced by other people online.

Of course holidays are one of the most shared experiences on social media; by contrast people (however young) looking for legal advice will probably still start with a search engine rather than announcing to their friends that they need a lawyer.

Will Google Give up Without a Fight?

Surprisingly, it’s not just the growth of social media that is causing this trend.

Few found that young people are getting fed up with the lack of some really critical information in search results. Google may have improved its algorithms, but specific searches can still come up with irrelevant material (which is the only time many of use consider trying Bing!).

And the search experience is become complicated and crowded. Dan Graziano analysed the page that Google’s results are displayed on and pointed out that, after ads, maps and the navigation bar, only 13% of the page showed real search results.

What’s more, Google may soon be competing with a ubiquitous ‘Graph’ search when Facebook (and specifically Google’s former employee Lars Rasmussen) finishes developing it. Google defeated its rivals in the past with superior algorithms but can it compete with the quality of information that Facebook will be able to provide to young people who have had their lives documented on social media since birth?

If the answer to that is ‘no’, then even performance marketers are going to need to start understanding what’s going on in those young people’s social media communities: who has influence? How opinions are shared and how brands can join the conversation. New insight tools will allow for performance-style marketing in these social channels, and SEO methods will change to reflect the shifts.

And if the answer is ‘yes’, well they’ll have to do the same thing. Because Google can only overcome the challenge in two ways: By humanising its search functionality (which they are working on) and by making Google + a serious alternative to Facebook (which they need to start working harder on!) Marketers must now think about people and their influence networks, not just keywords and page ranks.

To read more about our view on how marketing will work in this new age of social media, check out our new e-book: ‘The 3rd Age of Social’.

Nick Taylor works for PeerIndex, an audience insights technology company based in London’s Tech City. PeerIndex is using scientific methodology to build the Influence Graph - a unique dataset that allows them to identify who’s really influential and in which context. This technology powers PeerIndex’ influencer activation tool PiQ and their API.