Why Showrooming is a Retailer’s Dream Come True

Now here’s a conundrum for you: Verdict recently made some headlines with its finding that only 2% of shoppers had bought an item online whilst in a store. They thereby dismissed showrooming as a myth. Walmart, however, sees a ... 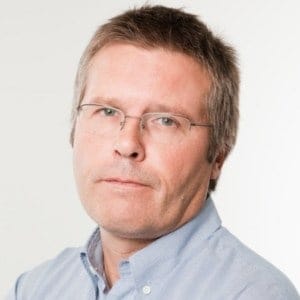 Now here’s a conundrum for you: Verdict recently made some headlines with its finding that only 2% of shoppers had bought an item online whilst in a store. They thereby dismissed showrooming as a myth.

Walmart, however, sees a very different picture. In an interview with Wired, its CEO notes that 12% of online sales now come from people standing in a Walmart store. Not surprisingly, he LOVES showrooming.

There’s quite a gap between these two world views, attitudinally as well as numerically. But I know which one I back. To explain why, let’s establish some first principles.

When you boil it right down, what smartphones are fundamentally ‘about’ is empowerment. They give us access to the infinite resources of the internet, magnified through the lens of social networks and geo-location, 24 hours a day. The intelligent utility of native apps adds further icing to the cake. This represents a massive shift in the balance of power from producers to consumers; what some are calling the start of the C2B era.

This shift is particularly evident in retail. Nowhere do Supply and Demand dance together more closely; so it shouldn’t surprise us that the supply of ‘new’ resources via shoppers’ smartphones is having a pronounced impact on how, what, where and when people want to buy. This is a genie that’s well and truly out of the box, and the phenomenon is only going to accelerate from here.

Mobile is an Opportunity

As a hard-bitten, hard-driving retailer, Walmart (and Asda) has been quick to grasp this truth. Not only do they recognise there’s no point playing King Canute; they know that “showrooming”, and mobile in general, represent a superb opportunity to grow share-of-mind and share-of-wallet – especially if you can move faster and smarter than competitors.

The Walmart statistic I quoted above becomes particularly interesting when paired with another of its datapoints: shoppers with whom the company has a relationship via smartphone make four more trips and spend 77% more in stores per month than the average customer. In other words, Walmart has powerful evidence to suggest that using mobile to enhance the physical shopping experience can actually drive in-store and online sales simultaneously. Which is, after all, the point of this whole omni-channel thing.

So: how do you go about turning showrooming from a threat into a commercial opportunity? There is potential right across the shopper journey; but a good starting point is to focus on the key objectives of Occurrence and Recurrence.

Occurrence (ie persuading a shopper to buy this now) is primarily a matter of satisfying immediate needs: having the right product available at the right price with no service barriers. Mobile offers two big wins here. The first is contextually relevant push marketing: using geo-location via an app or a Wi-Fi network to drive people towards items that, based on an individual’s prior shopping history, have a much better than average chance of meeting their needs. Carrefour in China, for instance, uses location-sensing technology to deliver 1:1 messaging and help shoppers track down the product they’re looking for.

The second is the endless aisle: making it convenient and compelling for people to buy something from you online even if it’s out-of-stock in the store. Target USA does this well. Its app allows you to receive daily deals, create shopping lists and check out whether the item you want is available in your nearest store. If it’s not, the mCommerce alternative is immediately available.

Mobile also has a powerful role to play in driving Recurrence, especially in terms of the softer side of the value proposition. I’ve written elsewhere about the different ways in which it can help rejuvenate loyalty programmes, injecting some much-needed ‘surprise and delight’ into standard model entitlement-based schemes and giving members what they really crave: the sense of being uniquely and relevantly privileged.

On an even more fundamental level, Mobile has the ability to add new dimensions to the in-store experience (as brilliantly demonstrated by Starbucks’ Digital Network) and / or elevate a retailer’s service promise to a whole new level. See, for instance, Neiman Marcus’ app which allows high value customers to connect directly with preferred store staff. Wouldn’t we all like to make that really, really clued-up sales person our personal shopper at the touch of a button?

I think there are two things in particular that stand out across all these examples.

The first is the extent to which they embrace the fact that smartphones have given shoppers an unprecedented level of control over their relationship with retailers. Far from resisting this, the companies in question have worked hard to give their customers an even greater degree of control. They understand that empowerment is a key source of competitive advantage.

The second is the way in which they demonstrate the confidence and competitiveness of the true retailer. Showrooming may well help shoppers uncover weaknesses in terms of price or range or service more quickly than they would otherwise; but that’s just a case of accelerating the inevitable. It’s how markets work. If your value proposition is right, however, the smartphone-wielding shopper represents an excellent opportunity to drive impulse, increase conversion, build dialogue and incentivise frequency. Which sounds very much like a retail marketer’s dream.

Phil Gault is Director of Strategy at Sponge, the UK’s leading mobile shopper marketing agency. Clients include Asda, Barclays, Coca-Cola and McDonald’s. Prior to joining Sponge, Phil held a variety of senior commercial and strategic positions at leading multi-national agencies; including running network offices for Saatchi & Saatchi. He is a regular contributor to the retail and marketing press.