Executive director of the US Performance Marketing Association, Rebecca Madigan, explains the latest shift in strategy on the affiliate nexus tax saga...   Amazon and Overstock lost their appeal in New York courts after a prolonged 4+ year legal battle, but ... 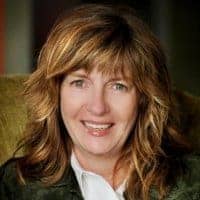 Executive director of the US Performance Marketing Association, Rebecca Madigan, explains the latest shift in strategy on the affiliate nexus tax saga…

Amazon and Overstock lost their appeal in New York courts after a prolonged 4+ year legal battle, but, in a dramatic move, both have filed an application to petition the US Supreme Court to hear their case against the state of New York, challenging its affiliate nexus tax law.

This move likely indicates Amazon and Overstock have lost faith in the chances of the Marketplace Fairness Act (MFA), the federal legislation recently passed by the Senate, but stuck in the House. Much like last year, the MFA has fallen victim to partisan politics causing deadlock across the board, and which now seems unlikely to change in the foreseeable future.

From a timing standpoint, the state of the MFA is very disappointing. Passage of the MFA would make affiliate nexus tax laws moot, and would result in advertisers being able to reinstate 90,000 affiliate marketers in the 12 states where these laws have passed. Conceivably, the MFA could pass at any time, and for two years it seemed like the best and only option to reverse the devastation caused by the affiliate nexus tax laws.

On the other hand, a victory in the US Supreme Court would declare affiliate nexus tax laws illegal and likely unconstitutional, and would also result in advertisers being able to reinstate those 90,000 displaced affiliate marketers. But this is likely to be a long and risky prospect, with a fairly low chance of success.

It looks like Amazon and Overstock are taking this very seriously. They have retained uber-heavy-hitter Ted Olson, the attorney who recently won the legalization of gay marriage in front of the Supreme Court.

While this information is part of the public record, it has not yet hit the mainstream press.

Here are some questions we have been discussing with our legal team:

Q: What does this mean for affiliate marketers?

A: More waiting, unfortunately. For more than a year, we have pinned our hopes on the passage of the Marketplace Fairness Act. With this change in strategy, from legislation to litigation, it will likely delay any resolution to this issue that has plagued us for nearly five years. However, with the stalemate in Congress, it’s hard to know how long that will continue and what impact it would eventually have on the legislation.

Q: How will the Performance Marketing Association (PMA) respond?

A: The lawsuit the PMA brought against the state of Illinois is now more important than ever. We are anxiously awaiting the Illinois Supreme Court ruling, and we assume our suit will have bearing on the petition being filed by Amazon and Overstock. Additionally, the impact on affiliate marketers will likely be an important part of their case, so the PMA will help in any way we can.

Q: What are the chances the Supreme Court of the United States (SCOTUS) would take this case?

Then again, taxing internet sales is an extremely hot issue the justices are likely familiar with and they may take an interest in this case.

Q: How long will this take?

A: Based on the filings, Amazon and Overstock asked for an extension to file their petition for a writ of certiorari by August 23. The court, on average, takes six weeks to respond. This includes a 30 day response time given to the other party, the respondent. If the petition is granted, the petitioner has 45 days to file a brief on the merits, and the respondent has 35 days to file a brief in response, for a total of about 80 days. Then oral arguments get scheduled. Cases could be heard in this term or the next term (the following October).

Short answer: we have no idea.

Q: How will Congress react?

A: It’s difficult to imagine another scenario other than Congress further stalling to see how the Supreme Court will rule. It doesn’t seem likely the House would suddenly be motivated to pick up the Marketplace Fairness Act at this point.

A: As we have seen played out over and over again, state legislatures act rather independently and often narrow-mindedly. When Amazon initially sued New York, other states stood by to see what the courts would say; but it took so long to resolve, states eventually pursued their own bills. When the PMA won its lawsuit against Illinois, it did have a chilling effect in some states, like Minnesota and Indiana, but not for long. Both the Amazon case and the PMA case were fought in state courts, so there isn’t legal precedence or jurisdiction over other states that a Supreme Court case would have.

And we thought the introduction of the Marketplace Fairness Act would cause states to wait for Congress to decide, but that hasn’t seemed to stop states. There were nine bills introduced in 2013, after the MFA was introduced this year.

Q: How will the brick-and-mortar community react?

A: The retailers have already acted desperately, convincing state legislators and governors to pass affiliate nexus tax laws, despite the horrific track record of devastation to small businesses and loss of income tax revenue. Their response is a cause for concern.

As an exclusive benefit to PMA members, I’m happy to further discuss your questions and concerns. How the states, Congress, retailers and the court will respond are all unknowns. We are all in this together, not only to help restore the businesses of 90,000 affiliate marketers, but to hold off further damage to our industry.

Thank you for your continued support.

Rebecca Madigan is executive director of the Performance Marketing Association. She is not an att