Simon Bird, General Manager of Savoo International, gives us a snapshot of the Dutch market and bringing the international team together. Which Country was the Easiest to Move Into and Why? Simon Bird: India and Australia; they are both English ... 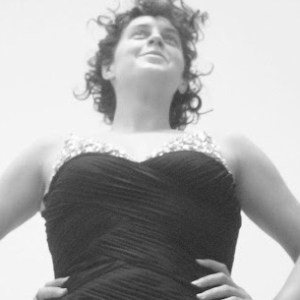 Simon Bird, General Manager of Savoo International, gives us a snapshot of the Dutch market and bringing the international team together.

Which Country was the Easiest to Move Into and Why?

Simon Bird: India and Australia; they are both English speaking and legal and regulatory environment is pretty straight forward.

The most complicated was Germany – we decided to invest in creating a GMBH entity to be taken more seriously by local businesses and also to attract high quality talent.

How Does the Netherlands Differ from Some of the Other Countries You’ve Opened Offices In?

SB: It’s a smaller market, but there is a higher penetration of deal sites with more competition for consumers and retailers are embracing savvy shopping.

Savoo believes the Netherlands ecommerce/ tech scene is a lot more progressive than other markets, and therefore there is more opportunity to refine/ optimise and seek out different ways of promoting the site and driving traffic.

You’re Expanding to the Netherlands Soon, How Helpful is it That a4uexpo is Being Held There This Year?

SB: It’s extremely useful; to connect with local advertisers, agencies, partners and PR – and even competitors – is something we make a point of trying to do in all the markets we are looking to launch in.

Plus Amsterdam in particular is also a fun city which makes it a great back-drop to get to know industry players better.

What Does it Mean on a Personal Level to be Involved With a4uexpo Europe?

SB: I feel that no other European conference offers the reach and relevance than a4uexpo Europe

I’m very excited and pleased to be able to attend – as a speaker, and a supporting sponsor. We also have representatives from Savoo attending from the US, Germany, France and the UK so it’s a fantastic opportunity to spend quality time with team members as well.

Where Would you Like to See Next Year’s European Conference and Why?

SB: Germany, ideally Berlin – naturally as we have a local office plus Berlin is an exciting, vibrant and progressive city exploding with start-ups and entrepreneurially minded people.

Bronwen joined PerformanceIN and is a former Events & Marketing Manager.