Facebook’s promised release of hashtags rolled out last week. This opens up a whole new front for Facebook in terms of data collection, and will change the way users use the platform, but for marketers this represents another opportunity ... 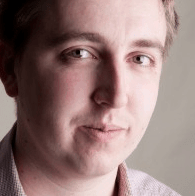 Facebook’s promised release of hashtags rolled out last week. This opens up a whole new front for Facebook in terms of data collection, and will change the way users use the platform, but for marketers this represents another opportunity to grow using Facebook. For affiliates, the chance to boost a commercial posts reach in a more natural (non-paid) way could be vitally important.

On July 1 2009 Twitter began to hyperlink all hashtags, thus validating the content grouping mechanism devised by its core users, and now Facebook is following suit. Some Facebook users have been using hashtags in content for some time of course, particularly when using third party Twitter/Facebook cross-posting software, but now Facebook is taking Twitter’s lead and further advancing the platform.

As social and data insight manager at content marketing and social media agency, Zazzle, I thought we could first have a quick look at how Facebook’s hashtags work in practice. At present, on my personal account, adding a hashtag to a status update is simple and looks like this:

However, even if you don’t see the blue shading of the hashtag come up as you type, your hashtags will be clickable by users who currently have the functionality. Although, do note, if it doesn’t come up in blue for you as you type then you won’t be able to see hashtags as hyperlinked as of yet until the rollout reaches your profile.

Once a hashtag is in a post (for a user with the functionality) the update will look as per the below with the hashtag in hyperlinked text:

Upon clicking the hyperlinked hashtag the following overlay appears showing the activity around the hashtag:

From this area the functionality is present to say something about this hashtag or scroll through posts from users with no connection to yourself who have used this hashtag, in a Twitter esque way (presumably providing they’ve set their post to “public”).

Right now, two things that seem to be missing (in my version of the rollout at least) are:

Mobile functionality: I’m unable to see a hashtag as hyperlinked on the Facebook mobile app or mobile site.

Search function: I can’t currently search by hashtag anywhere (although NOTE I still do not have Graph Search which is most likely why)

We’ve gone into a bit more detail on the why element over on the Zazzle Media blog, but here’s a quick summary to make sure you know everything you need to know.

From Facebook’s perspective this completes their data set.  Right now, Facebook know an awful lot about who we are and what we like, but in reality they are a little fuzzy on what we talk about.  Not anymore. Hashtags give Facebook a rich new data set as users voluntarily flag up to Facebook the key meaning of their content. Hashtags reveal topic, sentiment, and opinions about a wide variety of issues.  This allows Facebook to know more, and therefore will allow them to open up better targeting options for their advertising product.

Soon, page owners will be able to target their Facebook adverts based on hashtags used by users.  This will allow advertisers to target more active fans who are actively discussing something, rather than just belonging to a grouping or having liked a certain page at some point in the past.  This will in theory improve conversion rates from click to like (providing the advert and page is relevant) and should give savvy marketers a way to further reduce the cost of fan acquisition.

From a content marketing perspective, things are going to get even more interesting on Facebook. At present if you want your Facebook content to have a high reach (particularly outside of your page’s extended network) you need to either come up with a highly viral post or amplify your content in the Facebook newsfeed based on user like profiles.  Now, the opportunity has been created to push your posts outside of your network by using hashtags, particularly when they are trending. Below is an example of this for a competition post using the #win tag:

Going forward, page owners need to be looking out for trending hashtags that they can take advantage of, and amend their content plans to fit the trends where they can. This will ensure that maximum reach is achieved. In much the same way as Twitter this will be hit and miss – hashtag results are shown chronologically and dependent upon pictures and screen size, only a few show above the fold of the hashtag overlay box. This means that you need your content to go out at the right time as a hashtag grows in popularity to get maximum exposure.

As always, the key to success is in the measurement. Analyse the results of your posts with hashtags, split test, and base your future content on your learnings. Hashtag data (impressions, clicks, reach, engagement) is not yet available in Facebook insights, but hopefully won’t be far away. For now you’ll need to try to test yourself by split testing and checking reach and impression figures (which should include reach from hashtag searches/clicks).

The new hashtag data will complete the picture for Facebook, allowing a better understanding of content without having to use complex semantic algorithms as users voluntarily flag up meaning and key messages through the use of the hashtag. The richness of hashtag data is clear, and Facebook’s inclusion of it within their platform, whilst not a complete game-changer is yet another big move for Facebook in their post-IPO phase. Hopefully hashtag content data can be incorporated into Facebook insights in the near future to allow marketers to see the impact of hashtags on their content strategy.  Measurement, as always, will be key. Being able to analyse the hashtags used by yourself and others will be crucial in taking content decisions and in judging the success of your efforts.

Let’s put these ideas into practice. Say there’s a big campaign to run to promote an interactive infographic for a client.  Previously, our focus would be on outreaching to influencers, alongside social posting and Facebook content amplification in the Newsfeed based on users with interest sets relevant to the content (paid). Now though, the hashtag is crucial to the whole strategy. Choosing a hashtag relevant to both platforms (to cover cross-posters) that has the ability to achieve impressions and including it in all communications will naturally improve reach. The campaign mix now would still include influencer outreach, social posting, and Facebook content amplification (based on interest sets), but would now focus more on the hashtags being used, and would potentially have less of a focus on the paid amplification.  Ideally going forward, we would be able to supplement the campaign with a fan acquisition push targeting users who are using the campaign hashtag, but who aren’t current fans of the clients Facebook page, giving a method of capturing long term engagement from the campaign period.

Facebook hashtags are here and ready to be used. Check if you can use them (#hashtag will appear in blue shading as you type in your status and hashtags will be clickable on Facebook) and get started!  Even if you can’t click hashtags yet on Facebook, start using them in your content as others can!

This is going to create new opportunities for expanding your reach on Facebook. Monitor the trends, jump on them, and create relevant content around hashtags to increase your reach

Get ready for even better Facebook ad targeting. Facebook’s targeting is already incredible, but with the inclusion of this data source is about to get even better when new targeting functions are released.

Founder of Zazzle, Simon Penson, will be hosting a session on ‘Forget Google’s Games. Grow Social into your Primary Traffic Source’, at next month’s a4uexpo in Amsterdam.