As users of Twitter, we’ve all become accustomed to creating and clicking on shortened URLs. Whether it’s bit.ly, ow.ly, or one of the many other options, we rely on these services to track our clicks and ... 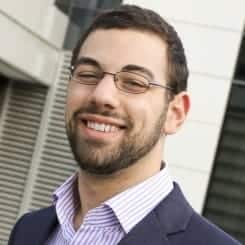 As users of Twitter, we’ve all become accustomed to creating and clicking on shortened URLs. Whether it’s bit.ly, ow.ly, or one of the many other options, we rely on these services to track our clicks and save us precious characters.

We’re so used to them, that most of us don’t blink when we encounter a completely new one. We simply see a blue string of letters with a dot and a slash somewhere in the mix, and click on it expecting to get from point A to point B. And since we usually do make it over to point B, these URL shorteners all seem pretty equal in the eyes of the average Twitter user scanning through tweets.

That’s mostly true – except for with AdFly. On the surface, AdFly (adf.ly) appears to be just another URL shortener. An insignificant alternative that quickly gets lost in the field of other, more popular options. But all you have to do is click on an AdFly link see what’s really going on. “Get paid to share your links on the Internet!” the service proclaims on its homepage. And hey, if you’re already going to share links anyhow, why not make a little extra cash while you’re at it? It sounds like a pretty nice proposition. But it also begs the question: where’s that money coming from?

Well, when you click on an AdFly link, you’re actually exposed to a five second interstitial advertisement before being redirected to your destination (in fact, you actually have to click a “Skip Ad” button in the upper right just to trigger the redirect). That’s where the money is coming from. Advertisers pay AdFly to run their ads, most of which seem to be promoting various free software downloads. In BrandVerity’s monitoring, we’re pretty used to encountering similar promotions. And when we do, it’s usually a red flag – these downloads tend to monetise themselves as malware or through toolbar bundling. If you’re really curious and want to see some of these in the wild, you can shorten a link for yourself and see where it takes you (but be careful and make sure you don’t actually download anything!).

So, What Does This Have to Do with Football Brands?

After all, as unpleasant as this might be, does it really matter if spammers post AdFly links that no one clicks on? Sure it might be slightly annoying if you happen to encounter one, but the vast majority of us avoid spammy tweets and Twitter accounts rather successfully. So how can they even get an audience for this, let alone motivate them to click on the links?

The answer is actually rather interesting. Because these spammers know that they’re not going to get legitimate traffic if they just look like run-of-the-mill spammers, they came up with a clever idea: create Twitter accounts that pretend to be famous brands. That way, they can manufacture some credibility and trick a decent amount of people into following them. We’ve specifically seen them trying to target the brands of various football clubs. Which makes a whole lot of sense, because these are very popular with fans on Twitter.

So what kind of following are these spammers getting? Well, the AdFly-linking account @Real_Madrid_FC has 151,271 followers. That may not be much compared to the club’s official Twitter account which boasts more than seven million – but it’s still far more than the bogus account deserves. Even more distressingly, the unofficial @ManU_FC account has a whopping 565,314 followers at the time of this writing. For comparison, that’s over twice the number of followers for Manchester United’s official account!

What’s even more disturbing is how easily these accounts could confuse a passing Twitter user. Most of them aggressively target the club’s name, and will even include the club’s logo as their profile image. The only disclaimer they provide is either a “fan account” or “unofficial” message within their brief bio – something that users might not notice in passing. And it’s unlikely that the football clubs being targeted here would welcome this confusion. After all, they’re simultaneously losing would-be followers and having their brand exposed to a rather negative, spammy experience.

How Can These Clubs Prevent Brand Dilution on Twitter?

Fortunately, Twitter has some pretty specific guidelines when it comes to trademark poaching. While most of these spam accounts do take the step to identify themselves as “unofficial” in some way, most of them violate the policy – either by using the club’s trademark in their Twitter account’s profile name (the name that gets displayed at the top of your account) or by including the club’s trademarked logo as their profile photo. Even in less clear-cut situations, Twitter seems to indicate that simply be being “confusing,” the trademark owner may have a case.

I’d also recommend that these football clubs actively monitor how their brands are being targeted in social media – particularly when it comes to accounts that poach their trademark. By taking a proactive stance, these clubs can report these violations early on, preventing spammers collecting their hundreds of thousands of followers.