We’ve all become well versed in discussing the dominance of the voucher channel. Fuelled in part by an unpredictable economic climate with consumers becoming increasingly savvy in their shopping habits, such publishers have moved from being something of a ... 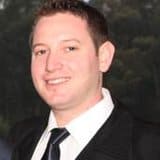 We’ve all become well versed in discussing the dominance of the voucher channel. Fuelled in part by an unpredictable economic climate with consumers becoming increasingly savvy in their shopping habits, such publishers have moved from being something of a ‘best kept secret’ to a fundamental part of the consumer journey.

With this change however the market has become more competitive; with more and more publishers competing in the same space, the demand for exclusive and bespoke codes is ever increasing.

Historically, this has led to a loss of control over voucher code distribution which, with its implications for publishers and advertisers alike, was in part what led to increased use of branded or ‘vanity codes’, as well as the development of the Internet Advertising Bureau’s (IAB), Voucher Code – Code of Conduct.

Stipulating that publishers should only promote codes they have been given by the network or advertiser themselves, the code of conduct has a number of benefits. For publishers, it protects the work they do to secure exclusive codes, while for advertisers it helps them to ensure that their brand image is protected and that only valid codes are promoted. A publisher promoting an expired or invalid code ultimately leads to a poor user experience and does nothing for brand image.

However, both the Voucher Code – Code of Conduct and vanity codes only work if the publisher is in control of their content. When it comes to user generated content (UGC), we start to move into a grey area where there is somewhat more contention.

An increasing number of publishers are using UGC to engender user trust and to boost SEO rankings and this is of course part of their success in the performance channel.

Once you start allowing users to post their own content however, it can become very difficult to prevent them from posting codes they’ve found elsewhere, including other publishers’ exclusives and vanity codes. While many publishers do actively monitor their forums to remove content of this kind, there are others who are less proactive about doing so.

So whose responsibility is it to monitor this? The whole point of UGC is that consumers are permitted an active role. Are the publishers running these forums truly champions of consumer rights, simply helping users to get the best deal? Or is anyone wishing to earn money as a publisher morally obligated to work within the industry guidelines to which their competitors adhere?

The answer to all of this is ultimately technology. By employing a technology solution such as Webgains’Voucher Management Tool, any sale tracked with an exclusive code will always trigger the sale to be attributed to the publisher to whom the code was issued, irrespective of the last referrer.

This functionality has a number of benefits. Firstly an advertiser can ensure their publishers are rewarded correctly and crucially, that their users’ experience is not compromised, while publishers are offered the security of knowing that their efforts will be rewarded. What’s more, because Webgains’ Voucher Management Tool allows the sale to be tracked by code usage rather than by last referrer, it also allows codes to be promoted and tracked across the offline/online boundary; opening up opportunities for huge flexibility and innovation on the part of publishers.

It’s only by employing a technology driven solution that we can hope to eradicate this problem. Sharing of information is at the heart of online culture and won’t change. Indeed, we wouldn’t wish it to; the reach it offers to brands is the very reason they occupy that territory. The potential for a code to ‘go viral’ is, if anything, to be safeguarded and encouraged.

What we also need to safeguard however is the integrity and transparency of the channel. While it’s vital that all parties adhere to the Voucher Code – Code of Conduct, as a technology driven industry we have in our power the capability to address this issue at the source and to open up opportunities for innovation in the process.