Is Facebook Now More Than a Work in Progress For Advertisers?

Throughout its relatively short existence, buying agencies have struggled to keep up with the pace of, at times, random platform changes, new ad and targeting options as well as some pretty confusing vernacular. All the while brands have been keen ... 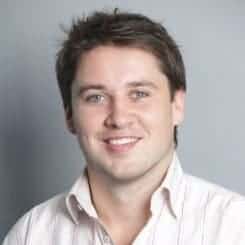 Throughout its relatively short existence, buying agencies have struggled to keep up with the pace of, at times, random platform changes, new ad and targeting options as well as some pretty confusing vernacular. All the while brands have been keen to get on board. They’re wowed by the incredible usage and demographic statistics the platform provides, but concerned that a lack of control and transparency could leave themselves exposed to negative PR.

Dipping one’s toes in the water wasn’t really an option. It was all or nothing and we were constantly reminded of the frustration felt by Facebook at a lack of conviction from brands. And why wouldn’t they be frustrated? In all other walks of life, a work in progress is just that; an author, curator or sportsman can allow for rough edges and show them to a known expert to receive constructive, thought through and understanding feedback safe in the knowledge they can go away and iron out the kinks before presenting the finished product. Not so for Mr Zuckerberg and his army of developers. You could almost feel the frustration at the wider world’s nit-picking, lack of focus on the big picture or comprehension at whether Facebook could, would or should work as a branding, customer services or acquisition platform. The point was the growth was exponential and we were being shown the future, so get on board!

After the derision and guffawing at Facebook’s IPO value last year, it’s slowly but surely been clawing its way back and is now nearly at its mid-2012 heyday. Whilst not suggesting for a second that I’m an expert in share price, it does seem from an agency perspective that this renaissance has been driven by a more consistent approach and message coming out of Facebook Towers.

Over the past few months there have been a few changes that have made a significant impact to performance of paid Facebook activity. A more obvious link is being drawn between what is trying to be achieved and the ad options available to best meet these needs.

The key to these is a change in September last year that allowed some of the cost-per-click ‘self-serve’ ad units be bought within the central Newsfeed on both desktop and mobile devices. Previously these had been the preserve of ‘Premium’ Facebook buys. The increased investment required and perceived lack of advertiser control counter balanced the undoubted click-through rate and engagement benefits of appearing in the Newsfeed.

As expected the self-serve ad units appearing in the Newsfeed are hugely outperforming those in the traditional right-hand side on all key metrics. The central Newsfeed is where the action is and advertisers are able to display more engaging and bigger ad units to their audience. There’s also more impactful positioning, the content is more varied and advertisers are able to reproduce their own page content as the ad unit itself. The result is savvy advertisers can analyse audience engagement of their regular posts and then promote to the Newsfeed those that perform best. The increase in performance hasn’t necessarily come at an increased cost. However when the change occurred, those in the know said that CPCs would be driven up as a result of increased competition for these ‘premium’ placements. It didn’t happen. In fact, CPC has stayed consistent whilst engagement has gone through the roof.

A second key change has been in measurement. Gone are the days of measuring the effectiveness of Facebook activity through Like and Fan acquisition alone. We can now measure actions such as video views, photo views, comments and shares as well as the traditional Likes. Clearly these improvements make perfect sense. The give advertisers more access to the best positions on the platform, whilst adding more ways to prove the effectiveness of the activity.

The third and most investor-pleasing changes are those allowing for the more effective tracking of actual sales generated from Facebook.

Hidden amongst Google’s Enhanced Campaign shenanigans of the past month has been Facebook’s strides in conversion tracking. Theoretically it’s the same as Adwords or Adcenter because it allows users to report “on the actions people take after viewing ads” and can be done through adding conversion code to whichever page needs to be tracked (generally the thank you page). There is also now a bidding option called Optimized CPM for Facebook ads, which is basically conversion optimiser for Facebook.

Again, it’s a step in the right direction, but should be used with a note of caution. The system decides the winners of ad tests in a matter of days rather than over a period of time, which would allow for some statistical significance. I’d advise setting up a mini-test with two campaigns: one using OCPM and one using traditional CPC.

Custom Audiences are another piece of the jigsaw and its getting people excited. Perennial questions have asked the actual value of a Fan. Are Fans customers or just some free loaders waiting for the next free giveaway? Custom Audiences could go some way to answering these questions. By uploading a list of email addresses, phone numbers or Facebook IDs, it is possible to target (or exclude) people on an existing email marketing list or internal database.

The uptake has been relatively slow due to some privacy concerns (Facebook hashes the data as soon as it’s uploaded so it can’t be viewed by anyone). However, there are some very obvious benefits in rewarding actual customers rather than Fans and upselling to known customers.

Getting the Most Out of It?

So how should marketers approach Facebook advertising and which ad units work best for specific goals?

It really is a case of test and learn. The platform will always be a work in progress in much the same way Google PPC activity requires teams of people to constantly tweak and cajole keywords, bids and ad copy to optimise performance.

There are now more obvious places to start. If you’re looking to increase Fan base Page. Like Sponsored Stories (Joe Bloggs Likes Brand X) and Like Ads targeting the Desktop & Mobile Newsfeeds would achieve this most efficiently. If you’re looking to seed a video, then video Page Post Ads are the way to go. We can even now track conversions directly through the platform using Facebook’s conversion tracking across all ad units.

The key to making Facebook the finished article from an advertiser point of view will continue to be the approach taken when planning campaigns. Up until now too many campaigns have been run at the last minute with budget found down the back of the sofa, which are then post-rationalised into success.

Given the scale of Facebook’s platform and the options now available, it’s almost impossible not to find some degree of success through either scale or measurement. The onus will be on intelligent and proper planning to determine effective KPIs from the outset. Rather than blaming a platform that’s surely now moving towards the end of its life as a work in progress.

Account Director at Mindshare UK working across PPC and Biddable Social for a broad spectrum of clients.