Every technology has its definitive killer app. In the 1970s, VisiCalc was often the sole reason users invested in the Apple platform. In the 80s, Space Invaders quadrupled purchases of Atari machines. The 1990s saw the Mosaic web browser become ... 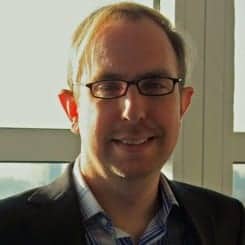 Every technology has its definitive killer app. In the 1970s, VisiCalc was often the sole reason users invested in the Apple platform. In the 80s, Space Invaders quadrupled purchases of Atari machines. The 1990s saw the Mosaic web browser become the killer app for the Internet, and social media in all its forms democratised the web in the 21st century. Such is the appeal of its transformative powers that only last week, at CES 2013 in Las Vegas, CIOs were scrambling in search of ‘the next killer app’.

As we hit 2013, mobile advertising, still relatively new within the advertising ecosystem but innovating at a tremendous rate, could be about to experience its first killer app: mobile Real-time Bidding, or RTB.

RTB in theory and practice

RTB has been around for a few years in online advertising. With RTB – often referred to as programmatic buying – publishers make their inventory available to all invited advertisers on an exchange, and an auction is conducted at the level of each impression. So, for each and every ad request from the publisher, all advertisers decide firstly whether to bid for that impression, and secondly how much they’re going to bid, based on many parameters, within milliseconds. The winning bidder gets to display the ad, typically paying the value of the second highest bid because many RTB exchanges use the second-price auction model, just like eBay.

This offers several benefits, from giving buyers access to all impressions across an exchange, to improved targeting through data, to transparency of bidding as buyers know exactly where they’re bidding. It’s also much more efficient than other methods of buying, because it looks at individual impressions as the ‘atom’ of trading rather than blocks of inventory. Meanwhile sellers get the best price, determined by that most efficient and scalable of trading mechanisms – the market. These are just some of the reasons why research firms such as Parks Associates predict that RTB will account for 34 percent of all display advertising revenue by 2017.

It sounds great in theory, but does it really work? Even though RTB is nascent in mobile compared to online, Adfonic’s RTB AdSnap, released this week, demonstrates that mobile RTB provides significant uplift in clickthrough rates for advertisers and earnings for publishers across every vertical.

The RTB AdSnap also shows how, in October 2012, mobile RTB ad requests overtook non-RTB for the first time in Adfonic’s inventory. But this isn’t just a tipping point: we believe it’s the point at which mobile RTB becomes mobile advertising’s killer app, as it enables advertisers to talk their own language while retaining a huge potential to become even more effective.

From platforms to people

Today, most campaigns are targeted against criteria such as device type, platform, mobile operator and territory. This is not what advertisers consider true targeting. They don’t want to work on the basis of inference between people and their technology preferences. They want to know about people – about audiences.

Mobile RTB signals the industry’s readiness to do just that. This is because RTB is intensely rich in data, enabling a powerful combination of first-party data owned by publishers and advertisers, second-party data accumulated over time by mobile advertising platforms, and third-party data that augments and extends knowledge about consumers. In aggregate, this is the data that informs the demand platform’s decision on whether to bid and how much to bid within those precious few milliseconds, across billions of impressions. This infrastructure simply did not exist, at scale, until fairly recently – but now that it’s here, mobile RTB enables advertisers to use their own language, to talk about people rather than platforms, and demographics rather than devices. This will only become more of a benefit as more data pours into the mobile RTB exchanges.

From smart to smarter mobile advertising

Mobile RTB is already a smart way to conduct mobile advertising trading, but it’s going to get even smarter very soon, through standards and cross-industry collaboration.

Firstly, OpenRTB is a standard developed by the technologists behind DSPs (Demand-Side Platforms, such as Adfonic’s Madison) and SSPs (Supply-Side Platforms) to unify RTB trading across exchanges. Although formed barely two years ago it already has a subcommittee that addresses mobile-specific issues at source, which is vitally important in such a fast-expanding and immensely complex area. At Adfonic, we rate OpenRTB so highly that without it, we don’t think mobile RTB would be in a ‘killer app’ position at all.

The second reason mobile RTB will become smarter is through a more efficient bidding process. Programmatic buying is already incredibly effective for both the demand and sell side, but there are inefficiencies in the process.

From the demand side, advertisers decide whether to bid for every impression, but over time they discover that there are certain types of inventory or publications that they simply never bid on. Likewise, from the sell side, publishers can have good bidders and bad bidders who simply never bid at high enough prices and always lose bids.

Because mobile RTB is programmatic, it lends itself to automatic decision-making that can help both sides make efficient use of bandwidth and computing resources. By simply not even considering some inventory, advertisers can get on with the job of maximising advertiser value with inventory that they know works. And by blocking bad bidders altogether, advertisers save resource for those who really mean business.

It’s a bit like being at an auction of fine art, furniture and antiques. If you’re only interested in furniture, you’d skip the fine art and the antiques, and save everyone a lot of time and effort in the process. The OpenRTB group has an important role to play in powering these efficiencies.

Bidding for a bright future

Mobile RTB has a bright future. Put plainly, it works, and we know it works because we can see that when we examine our data every which way. As the big data becomes bigger, and smart algorithms become smarter, so mobile RTB can become even more robust and efficient through open standards and clever ways of programmatic optimizing that slot neatly alongside programmatic buying. The ‘killer app’ worked for Apple and Atari. Now it’s our turn.

I'm a co-founder and the chief technology officer for Adfonic, the smarter mobile advertising