WTF is… a Decentralised Ad Exchange?

Decentralisation is the core ethos to Web 3.0, but to explain what is meant by decentralisation, first we need to look at the “centralisation” that it’s an alternative to. Centralisation is when power is held by a single authority, and in programmatic advertising, it is exchange vendors who hold the power, with most of it concentrated in the hands of Google and Meta.

A decentralised ad exchange, on the other hand, distributes power amongst participants in the exchange, including the people being served ads. The exchange vendor is still responsible for all the development and support a customer would expect but – as the exchange itself runs on a blockchain – these customers are also stakeholders who are rewarded for their participation.

If that sounds confusing, you’re not alone. Blockchain is an up-and-coming technology that can be difficult to understand, but you don’t need to learn cryptography to use a blockchain-based exchange, the same way you don’t have to be a machine learning expert to buy and sell ads with Google and Meta.

What matters are the benefits to the end user, so let’s explore what decentralised programmatic offers businesses buying and selling ads on the open web.

A forecasted $68 billion of digital advertising spend will be lost to fraud this year, up from $59 billion in 2021. Fake websites, click farms, and sophisticated bots have kept programmatic exchanges in a game of cat and mouse with fraudsters since its inception. Without a fundamental shift in how exchanges operate, billions of dollars in revenue will continue to be stolen every year.

In a blockchain-based exchange, a complete ledger of transactions is distributed amongst all participations, and any changes made to this ledger are reflected across the entire network. Altering data on a blockchain is not possible as every transaction is linked to all transactions before it (the “chain” part of a blockchain), so any attempt to change a record will be immediately invalid.

This ledger can be both monitored in real-time and explored historically, right back to its first use. Fraud simply can’t exist in such an environment as it would be exposed the moment it is attempted, effectively offering built-in real-time fraud protection for all customers as standard. If all exchanges were decentralised, the annual cost of programmatic fraud wouldn’t be reduced, it would be eliminated.

Decentralised ad exchanges build a common trust not only between advertisers and publishers but between users of the exchange and the vendor. Centralised exchanges obscure their inner workings, so its users are never entirely certain of the accuracy of the data they receive, where their fees end up going, or whether inventory is being fairly valued.

Lack of trust in typical exchanges is compounded by the variability of fees. Analysis by Adalytics found that while this could sometimes be attributed to inventory value (for example, 7% or 20% depending on placement), one major SSP was charging a publisher between 7% and 42% with no clear reason for how or why such a wide range in fees was possible.

In a blockchain-based exchange, buyers and sellers can track the journey of every dollar spent, eliminating any possibility of untraceable costs, which the ISBA found accounts for 15% of advertiser spend on average. There is no middleman taking a cut in a blockchain; the entire exchange operates simply through ad buyers and ad sellers trading with total transparency.

The transactions logged in a decentralised ad exchange include more than just receipts from buying and selling: whether an ad was served, where it was served, and how many interactions it received are all recorded as well, allowing for complete and accurate campaign auditing.

The average cut taken by the DSP and SSP when a media buyer bids for an ad slot is 15 – 35% and can rise significantly higher, with cumulative fees for some impressions leaving the publisher with just 2% of an advertiser’s spend. As decentralised exchanges don’t derive their profits from fees, buyers and selling are only charged a negligible amount (1%–2%) for each impression to cover running costs.

Which inevitably leads to the question: how does a decentralised programmatic exchange generate revenue? The solution is “tokenomics”, where participants in the exchange purchase or lease tokens which are then used to buy and sell advertisements. The more the exchange is used, the higher the value of these tokens, and it’s here that vendors – and all stakeholders in the exchange – can make a profit.

In the long run, the opportunity for everyone who participates in a platform to benefit from its success is the most exciting feature of the Web 3.0 ecosystem, and digital advertising has long been overdue for a more fair and equitable value exchange for advertisers, publishers, and consumers. 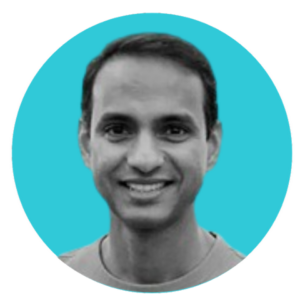 Twenty years of experience in various disciplines of software development, architecture, management, and delivery of complex programs. Specialization in information security, privacy, and regulatory aspects of data-driven solutions. Chandru has worked with clients such as BT, Cisco, Virgin Media, and Vodafone in various capacities. He comes with significant experience in overcoming technical, strategic, and regulatory challenges in the field of digital advertising. Recently, he helped to build and operationalize Virgin Media’s targeted advertising platform.