From Contextual to Attention – How AI is Changing Success Measurement

There is just over one year to go until what will be one of the biggest moments of change in digital advertising history: when Google finally removes third-party cookies from Chrome.

There’s no doubt that this move, which follows in the footsteps of other browsers, including Apple’s Safari, is greatly challenging for the digital media industry. In fact, we should have been waving goodbye to cookies over the next few months, but the complexity of the project last year led Google to delay the phase-out until late 2023.

The battle for attention

At the same time as this technological challenge, brands are facing a new battle for attention. The growth of digital media has been a double-edged sword for brands, with ever greater numbers of small and medium businesses advertising for the first time. While that’s happening, consumers are enjoying more ways than ever to spend their time. From virtual reality to unlimited streaming services, the media industry continues to offer ever greater choices for consumers to spend their time – both commercial and ad-free.

It seems like a perfect storm. But while the end of cookies marks the death of the old world of digital advertising, marketers shouldn’t panic. Advances in alternative ad technologies – often making use of artificial intelligence – will enable advertisers in the post-cookie age to make their campaigns more effective, without the privacy headache of cookies.

A number of new approaches to allow programmatic advertising to continue without cookies are in the works. But it is contextual signals, based on anonymous interest cohorts, that are quickly becoming the best data point to maximise metrics like attention.

Contextual signals don’t make use of personal data, or track users between websites. That means they avoid not just the privacy concerns of cookies, but also the issue of being shown the same ad repeatedly. This is a major aspect of “bombardment”, identified as a key threat to public trust in advertising in a 2019 report by the UK’s Advertising Association.

Instead, contextual signals use non-user-specific metadata from bid requests. As a campaign runs, this data sheds light on which ad buys are most likely to lead to conversions. But to manually analyse this data and make budget allocation adjustments as circumstances change is a Herculean task for anyone. The complexities of digital media buying also result in campaigns that are challenging to scale, due to the need to monitor increased numbers of interdependent items.

This is where AI comes in. With AI, advertisers can build a bespoke learning data set for any given campaign, which then evolves as it learns. As a result, it can make choices that get the best results from a series of variables, therefore delivering the strongest performance. The AI can automatically reallocate budgets in real time, making it much more achievable to scale a campaign.

This approach means that rather than over-targeting a predetermined set of users (remarketing, for example), a campaign can continually move towards buys that are most effective in capturing the attention of users – leading to greater conversion rates and boosting return on ad spend.

AI can also make use of other sources of data, such as a brand’s opted-in customer relationship management data or measurement and attribution data, and incorporate custom metrics beyond ROAS (Return On Ad Spend). This gives advertisers greater control of their advertising and allows them to plan campaigns to meet specific business objectives.

For example, luxury beauty brand Charlotte Tilbury recently utilised an AI designed to be customisable to the digital marketing needs of the brand. They faced problems common in the luxury market, where the relatively small number of (high-spending) consumers means ad campaigns often generate fewer higher value conversions than in other sectors. That then leads to a lack of data that can inform and improve campaign performance and scale.

Because of this, the AI solution took into account data that is generated in abundance but which legacy approaches to optimisation are unable to utilise: upper funnel signals such as clicks, site visits and ad viewability. The results were significant: a 60% growth in the conversion rate of the brand’s acquisition campaigns, and a 29% drop in average cost per acquisition.

Marketers don’t need to shed a tear for the demise of cookies: the capabilities of AI, when used with contextual signals and first-party data, will let them measure and optimise the performance of their campaigns more effectively than ever before. Along with positive developments in areas such as optimising digital creative, this means a digital media ecosystem that offers better results for advertisers and a better experience for consumers. 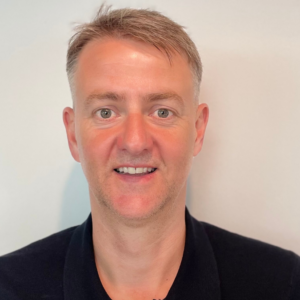 Matt Nash joined Scibids in 2019 and is the UK Managing Director responsible for leading expansion in the UK market. Prior to joining Scibids, Matt held roles as MD of performance agency Neo@Ogilvy, and was VP of The Exchange Lab. Matt has previously worked at the Guardian as well as the UK’s first social network Faceparty.com.