More than 200,000 subscribers left Netflix during the first quarter of 2022. Its revenue is falling, and the company is shedding employees to compensate. All of this is happening at a time when CTV-based platforms are enjoying unparalleled popularity amongst both the American public and with international viewers, a trend that appears to be both stable and likely to exhibit growth. Netflix’s troubles, and how it got to this point, is another long story deserving at least a chapter. However, it is also worth looking into its response, along with a number of other streaming services, in adopting an Advertising Video on Demand (AVOD) business model.

With the platform leaking subscribers, it’s not surprising that Netflix is now thinking about incorporating an AVOD based service. Inflation is a growing problem in the U.S. and other countries: wages are stagnant and the cost of living is rising, and as a result, consumers are less willing to spend money on unnecessary expenses. Combined with Netflix actually increasing the cost of its subscription – going up from $13.99 to $15.49 – budget conscious customers are canceling their memberships.

By adopting the AVOD model, Netflix is hoping to implement a solution to multiple problems, including increased competition and growing consumer demand for cheaper, ad-supported content. And it’s not just Netflix that is into this strategy; a number of other leading platforms have already adopted AVOD. HBO, famous for TV shows including Game of Thrones and the Sopranos, launched an ad-supported service in June last year for $9.99 as an alternative to its standard, ad-free option, which costs $14.99.

It should also be noted that historically, Netflix is late to the AVOD price plan concept. Hulu, another major streaming giant, has offered an ad-supported service for several years, one that’s 50% cheaper than its ad-free service, and accounts for 70% of the platform’s viewers. Is this something that could turn Netflix’s fortunes around?

Too late or fashionably early?

One could say Netflix is just fashionably late, since while it is experiencing trouble it’s hardly in terminal decline, and the company still enjoys a hegemonic position on the CTV market. Again, when viewers think of CTV/OTT, they often think of Netflix. Using an AVOD model to provide a cheaper subscription model in a time of rising costs and stagnant wages is, for obvious reasons, likely to prove successful. We only need to look at Hulu’s example from a few years ago where the company’s offering of a cheap, ad-based model, proved popular, and consider that it was done in a time with fewer economic constraints.

The topic of diversity is one that permeates the American media to a considerable degree these days, and it is somewhat prescient, as Netflix recently announced that it would be shedding some of its most ‘socially conscious’ workers. A discussion about the financial merits of diversity in content is a subject for another time, but there is another area where diversity, in an absolutely beneficial form, exists – subscription models.

By providing more options to consumers with varying price levels, you ensure your platform is less likely to experience catastrophic customer withdrawals, especially during economic hardships. Different subscription levels spreads the risk of subscriber withdrawal, especially if your platform is providing a budget level offering, something that Netflix is likely aware of now.

There’s also the added (and rather significant) advantage in that advertising spending on CTV based services in the U.S. is growing exponentially, reaching over $13 billion in 2021 and likely to reach over $17 billion this year. It’s a growing market with clear interest from both investors and consumers alike, and even if Netflix wasn’t experiencing its current problems, it’s likely the company would have moved into AVOD territory eventually.

We can expect to see a number of changes in the advanced TV industry in 2022 and beyond, and AVOD is likely to be at the vanguard of this process, especially as the format is increasingly adopted by major CTV platforms. This trend may be characterised by fewer ads actually being run during movies and TV shows – as CTV services won’t want to run the risk of driving off new customers with too many adverts, especially if those adverts might be perceived as irrelevant to the user. Hulu might currently run between 9-12 minutes of adverts per hour, but the company’s owner Disney plans to run as little as four minutes per hour when it launches its own AVOD system this year.

If this trend of fewer adverts per hour continues, and there’s every indication to suggest that it will do so as Disney is positioning itself to become a major market player, then a key issue for advertisers will be ensuring that they adopt an approach based on high quality targeting. Ad creators working in AVOD will need to bear this in mind and use the data and analytics tools at their disposal to ensure they are targeting the right audiences at the right times.

Also, users are becoming more likely to share their accounts, which represents a challenge as it could make advertising content more difficult to target. If you believe that your audience is more likely to share their passwords than the average then consider targeting specific ages and by gender, as password-sharers tend to be younger and less economically advantaged. This does represent a broader approach, and precision targeting should remain the best choice for advertisers, but while this sharing phenomenon exists, the broader approach may be useful. However, there are already signs that users that share passwords may find it more difficult to do so in the near future.

Netflix has plans to charge an additional fee on top of its pre-existing subscription packages for each time a password is shared. In trials underway in three different countries, the ‘sharing fee’ is about $2.13 per month in Peru, $2.99 in Costa Rica, and $2.92 in Chile. This will obviously generate revenue for Netflix, but in a time when the company is planning to offer an AVOD service to save consumers money, it’s unclear whether or not this new initiative could in fact drive more users away.

As long as the cost of living crisis persists, then AVOD will continue to grow in popularity amongst online streaming platforms. It will be interesting to see how Netflix’s decision to branch into AVOD plays out for the company, but regardless of success or failure, AVOD will in general continue to enjoy a strong position. As long as advertisers stand ready to create innovative and engaging content, they will likely continue to prosper in the current economic landscape. 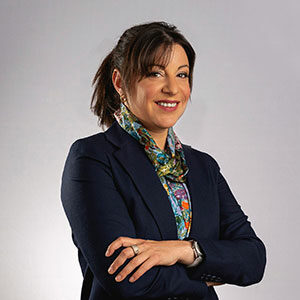