“There is a Way Forward, But it Requires Taking a Different Direction, One That Many Brands Have Travelled Before…”

In ten years, children will be shocked that brands held so much private data on their customers, in the same way that people are shocked today that it was normal to smoke cigarettes on an aeroplane. Recent changes brought by big tech and government entities to move beyond a long-standing part of the ad world’s foundation – in particular, user-tracking cookies and in-app identifiers means that advertisers are facing an uncertain future.

There’s a famous scene in “Back to the Future” where the time-travelling Delorean is racing along a railroad track to reach a critical speed and teleport into the future. The only catch is the railroad is incomplete and if the car doesn’t accelerate fast enough to jump to the future, it will fall off a cliff. It’s a great analogy for the predicament at the centre of digital advertising today.

The biggest changes are still to come

Last month Google made its own privacy changes to its Android operating system, which is used by about 85% of smartphone owners worldwide. Google’s announcement seems less aggressive than Apple’s – for instance, it will not prompt users to ask for their permission to track them, but rather integrate privacy measures by default. Google’s business model is based largely on ad revenue so it is important for them to keep supporting advertisers and the advertising community.

Google has also warned the advertising industry that its Chrome browser – the world’s most popular, with more than 60% market share, according to StatCounter – will at some point stop supporting third-party user-tracking cookies The move is so influential that when Google announced last June that it was delaying the move from 2022 to 2023, ad tech stocks surged as much as 16%.

With these repercussions, it is clear that businesses that rely on collecting user identifiable information are reaching a pivotal moment. There is a way forward, but it requires taking a different direction, one that many brands have travelled before. One where context is king.

Digital advertising shows no sign of slowing down. In fact, eMarketer estimated a 29% increase in digital ad spending in 2021, with worldwide spending reaching $491.7 billion, and more than half a trillion in 2022. In a future where tracking users is much harder, the most logical and viable option for advertiser success is contextual targeting, which reaches people based on the context of the page around them, not their personal data.

Because context relies less on who a customer is and more on what they are doing, it gives advertisers a strong indication of what they are in the market for. If I’m visiting a kids’ park, I’m likely in the market for kids’ products. If I’m reading Better Home & Gardens, I may be interested in home improvement products. The list goes on and on. Contextual signals helped build Google’s and Amazon’s advertising businesses – users literally type what their interests are now, or what they want to buy.

The future is in context

These contextual signals are strong on the open web and journalism, where signals come from article topics, videos and so much more. I may never tell Facebook what I really am curious about, but I’ll read about it all the time. Estimates show contextual advertising investments will reach over $376 billion by 2027.

The key is to diversify outside of walled gardens. Even though Google is changing the way it collects and tracks cookies, there is a huge opportunity outside of the duopoly to better understand customers. The open web, for example, is all contextual. Not being so reliant on cookies and tracking data means that any changes either by regulators or tech companies could have less impact on business function.

In order to ensure the most benefit, it’s essential for advertisers to talk to agencies and media-buyers, and work with them on contextual advertising wherever it may be. Outside of using third parties, advertisers need to put what they talk about into practice. Direct to consumer data is all about getting to know your clients because they want you to know them. By providing enough value to the end-user, customers are going to be forthcoming and more understanding with brands using their data.

A future that doesn’t include data tracking can seem a long way off but it’s already becoming a reality. Advertisers that get ahead will have a competitive advantage. They will be far less likely to be impacted by updates from within the walled gardens or wider regulation changes. But most importantly, they will have their customers on their side. Contextual advertising is an old friend that advertisers can trust and one that can help navigate through a time of such uncertainty. 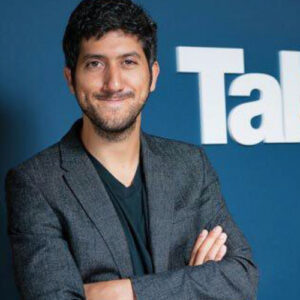