From Alphabet to Meta – What Do Q1 Earnings Mean for Advertisers?

The recent Q1 2022 Earnings Calls from the big tech companies were the most dramatic in quite a while. But what are the repercussions for advertisers relying on these platforms to grow their businesses?

Meta announced in its Q1 earnings call that their global daily active users declined from the previous quarter for the first time ever. Meta has clearly suffered from two major headwinds; firstly its lack of user growth is beginning to catch up with them whilst at the same time the effect of last year’s privacy changes from Apple are hitting their ad revenues.

Static inventory (platform users) coupled with all-time high costs on Facebook/Instagram, indicates CPMs will remain high as they aren’t offset by user growth. In addition advertisers should expect further auction pressure from a rise in paid social brand campaigns; this is something we see happening more and more at Nest and an area where Meta platforms offer efficiency versus traditional broadcast media.

One quick look at Alphabet’s earnings indicate that they appear to be thriving whilst Meta is struggling. Youtube is certainly on a roll, with revenues outstripping Netflix last quarter. It is also revealing that Alphabet specifically called out retail as their best performing sector. As DTCs and more “mid market” spenders on Meta (under £100K/month) struggle in light of iOS 14 changes, it looks like Alphabet is benefitting.

Another obvious platform piquing the interest of advertisers is TikTok. There is no doubt that this will be a major area of investment for any forward-looking marketing operation. That said, TikTok is not exactly awash with examples of stellar performance. It’s still the case that the market (and TikTok itself) is working out how best to take advantage of this platform. The extent to which they can design their ad offering to integrate naturally with the platform user experience will define how quickly they can attract serious investment. This is one area which has served Facebook and Instagram so well over the years.

Finally, Snap also had a great quarter, posting their first net profit. However, their main barrier to being a serious investment platform for high budget performance-focused advertisers is still their relatively small user base.

Now is a tricky time for paid social advertisers who are forced to choose between intense competition on Meta platforms, a nascent offering on TikTok and some areas for exploration including Youtube, Snap (and potentially other platforms such as Pinterest and Reddit).

What should advertisers prioritise in light of this?

Firstly, brands must sort out their retention. When costs are high, every penny needs to work and if you have a leaky bucket you’re throwing money away. In addition, ongoing privacy initiatives are only making first-party data more and more valuable. Email and CRM is an area often suffering from chronic underinvestment but should be a huge focus in today’s environment.

Secondly it’s a must to have A-team operational coverage on Facebook/Instagram. There is no room for complacency here with competition so intense and the stakes so high. Gaining context is also critical, over the past year it’s been very difficult to benchmark performance with so many platform changes in quick succession.

Lastly, advertisers must adopt experimental mindsets. For example, if testing TikTok isn’t on your agenda in the near future you will likely be left behind the curve. The great thing about emerging platforms is that the brands who figure them out early have significant first-mover advantages – we saw this with both Google and Facebook. So you could wait for someone to crack TikTok and follow but if you can get there before your competitors there are significant gains to be made. 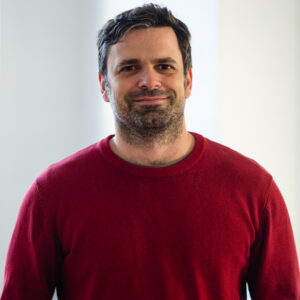 Will founded Nest Performance in 2017, the leading paid social and creative agency for ecommerce at scale. Will started his career at Google, spending 5 years at the company, initially consulting retailers on their AdWords strategies before designing and launching an ads product based on Google’s display network. Will entered the world of Facebook advertising back in 2010 and from then until 2015 ran sizeable European operations at two leading Facebook advertising partners.

Read more from Will
© 2023 Existem Events Ltd – All Rights Reserved