As brands are actively pursuing the engagement potential presented by the era of digital transformation, the marketing mix is inevitably becoming more complex in the process. Platforms are expanding, creative formats are proliferating, and methods of communication are quite simply exploding. And the pace of this change is becoming faster than ever before.

Now that creative assets are widely distributed across multiple platforms in different ways, ensuring a brand’s messaging stays true to its identity – and heeds platform-specific rules – is increasingly challenging.

Enter ‘brand governance’, which is the systematic implementation of consistent and compliant branding, so as to improve customer experience and trust.

Become a free member for instant access to this article and all other Member Exclusive content on PerformanceIN. Members also receive our weekly newsletter roundup, “Pick ‘N’ Mix”, delivered each Thursday. 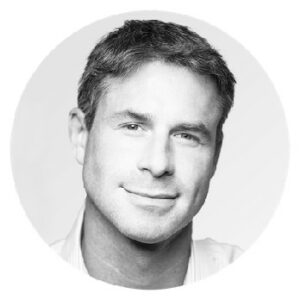 Alex Collmer is the founder and CEO of VidMob, the leading platform for intelligent creative. Since founding the company in 2015, he has raised more than $100M and counts many of the world’s leading brands and agencies as clients. An engineer by training, Collmer’s career has always been at the intersection of technology, design, and consumer entertainment as those sectors have evolved. Prior to founding VidMob, he was the co-founder and CEO of Autumn Games, a premier publisher of video game franchises. Under his leadership, Autumn Games developed successful partnerships with such personalities as Jimmie Johnson, the 7-time NASCAR champion and companies like Def Jam, the leading urban culture brand, as well as the award-winning fighting game franchise, Skullgirls. Collmer received a B.S. from Cornell University’s School of Engineering and was a certified E.I.T. in the field of structural engineering in the state of New York.