How does video on demand work for marketers, brands, and consumers?

Like with any fast-moving, fragmenting space, definitions change and phrases become inconsistent depending where you sit in the ecosystem (or the world). No longer bound by time, platforms, locations or devices, it’s no surprise that converged TV – linear + OTT/CTV –  is an industry rife with jargon and an ever-growing list of acronyms. One of the most prolific, and confusing, is VOD – video on demand.

VOD, a term familiar to those working in the digital video space, is easy enough to grasp, but the family of acronyms it has spawned – namely advertising video on demand (AVOD), broadcaster video on demand (BVOD), subscription video on demand (SVOD) and transactional video on demand (TVOD) – often require further unpacking. This is made more problematic by the fact that some of these names are more popular in certain regions of the world than others, and can occasionally be used interchangeably.

As marketers continue to refine their converged TV strategies, it’s vital they know their SVOD from their BVOD to ensure optimum campaign performance.

Video On Demand Increasingly in Demand

VOD ultimately refers to any video service offering TV content, videos or movies, where viewers can choose what to watch, when to watch and where – whether on a “traditional” TV or, increasingly, through other screens, like laptops, mobile phones or tablets.

Most examples of VOD services are household names – Netflix, Disney+, BBC iPlayer and ITV Hub are among the most popular platforms. With Netflix boasting somewhere in the region of 200 million subscribers, and Disney+ growing to more than 103 million, the ability for VOD platforms to reach audiences at scale, and across multiple devices and time zones, makes them an appealing prospect for marketers.

AVOD as a channel is more cost-effective for viewers but carries ads in exchange. Some examples – like Pluto TV – are completely free, and those that do incur a cost – for example, certain tiers of Peacock, Hulu and the new HBO Max tier in the U.S. –  are still cheaper than ad-free channels. These channels present the opportunity for brands to place ads directly in front of audiences, but there’s also another compelling reason for consideration: data.

The data collected by AVOD platforms allows for contextual audience targeting, in a similar way to digital advertising campaigns. For instance, viewers that watch a lot of content focused on gaming can be served ads from game developers or console makers. This ensures campaigns are served to the most relevant, receptive audience.

According to Integral Ad Science, eight in 10 (83%) UK consumers are willing to watch ads to gain access to free streaming content,  so it’s likely AVOD will be in many brands’ marketing mix going forward.

BVOD – a term typically used in the UK and Australia – refers to the content and programming made available on demand by traditional TV broadcasters, such as BBC iPlayer and All 4. Opportunities for advertising on BVOD services will be dependent on the broadcaster hosting; for example, BBC programming is publically funded and ad-free.

An interesting plus point for advertisers allying with broadcasters on BVOD campaigns is viewer trust – viewers have a longstanding relationship with, and positive perception of, traditional TV broadcasters. Audiences are predisposed to trust the advertising they serve, perceiving it as higher “quality” than those served on other streaming platforms, helping to boost campaign performance.

SVOD encompasses the larger players, like Netflix, Amazon Video and Disney+. These services, though drawing huge viewership figures as previously discussed, rely on monthly subscription fees, which allow viewers access to their content catalogues, so they rarely feature advertising (if at all).

However, as services continue to increase, the price of a monthly subscription to cover the cost of producing content – and top-rated shows move between services, taking viewers with them – we may see increasing numbers of viewers experimenting with a mix of SVOD, AVOD and BVOD services – an exciting opportunity for advertisers.

Somewhere between the free-to-view AVOD and the monthly subscription plan of the SVOD lies TVOD. Encompassing pay-per-view streaming services where viewers can buy or rent content, this includes platforms like Apple TV, Amazon Video and Sky Box Office.

Prospects for advertisers are a mixed bag here: varying platform to platform, and depending on the type of content viewers have selected. For example, advertisers won’t be able to place ads in a paid-for blockbuster rented on Apple TV, but could work with someone like Sky Box Office to open up ad placement opportunities. Still, as with SVOD, if viewers have paid to watch, they’re unlikely to welcome ads.

The way consumers watch TV is one of the trends most impacted by the pandemic. Consumers are increasingly empowered to watch multiple channels across several devices to access the shows they enjoy, whenever, wherever and however they want. By leveraging cross-platform measurement and proof of performance, advertisers can ensure they keep up with changing viewer habits, regardless of whether they’re watching on AVOD or BVOD. 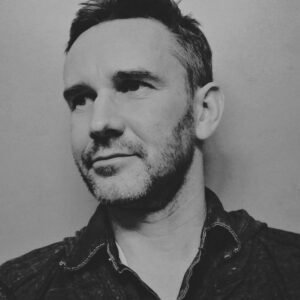