Can Apple iOS 14.5 Be a Good Thing for the Performance Marketing Industry?

iOS 14.5 has had a huge impact on the marketing industry already; only 17% of users worldwide have decided to opt in to be tracked. This is a huge loss of data for Facebook to be dealing with and it’s shown across its ad performance in the first few months.

We already knew that most mobile sales came through Apple devices, so losing the biggest share of these was always going to be a big blow for brands.

So, can iOS 14.5 be a good thing for the performance marketing industry?

The answer is potentially. Which is a bit of a fence sit but at this stage there are a lot of unknowns. Some media buyers are reporting huge drops in performance over the last few weeks. But this was to be expected, everyone will still be running the same strategies they were running before iOS14.5, it didn’t make sense to change strategy before we knew the impact.

Top performing campaigns before were likely retargeting campaigns that showed customers images of products they had looked at on the site, these were effective because they were relevant. Of course, these no longer work when targeting iPhone users.

These changes alongside Google’s move to a cookieless future mean that your own first party data is going to become even more relevant. Facebook is working on links with Shopify sites to help feed the data funnel, TikTok already have built in tracking with Shopify sites. So, where there is currently a gap in data, these businesses are moving quickly to bridge that gap with other methods.

We’re likely going to see some brands begin to move their budget away from Facebook and towards more measurable channels, once the dust has cleared, I would expect performance marketing teams to see cheaper CPCs and CPMs which is going to mitigate some of the impact.

What’s in it for advertisers?

The good news for advertisers is, the better you are at your job the better place you are to take advantage of these changes. Users that understand the customer journey and their customer funnel will be able to engage more customers through awareness-based marketing for cheaper and then pick them up through more conversion focused messaging.

It’s also good news for creative teams as higher quality ads will now be needed, no longer can advertisers rely on banks of previously viewed products. Video content will help brands and advertisers stand out from the crowd.

Finally, there’s a couple of best practice steps that marketers should be taking to ensure that they’re getting the most out of their existing FB strategy. If your audience sizes are big enough then split out Android and iOS users, theoretically Android performance should remain the same as before, so you don’t want the data muddied by iOS devices. Advertisers should also ensure they’ve set up the new pixel event tracking and identified their top eight events.

To summarise, the poor performance advertisers are seeing at the moment is more likely to be a hangover effect of pre-iOS14.5 strategies combined with a new different world. As first party data gets clearer, campaigns structures are updated, and ad quality improves I would be surprised if we didn’t start to see the performance gap close back to where we were. In the end this should provide better experience for end users and see better advertisers get more out of Facebook. 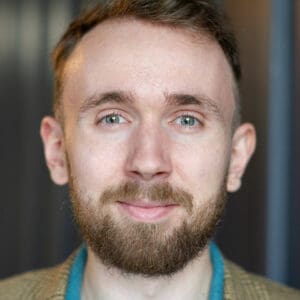 Tom Pickard is a Senior Performance Marketing Manager at Modo25. With over five years of experience managing some of the UK’s largest retailers, Tom has worked with Argos, Hobbs, Veet and Made.com, driving growth through paid media channels.