The Importance of a Culture of Experimentation

I’m currently reading a book to my eight-year-old son which is called ‘A World Without Failures’ by Esther Pia Cordova and Maima Adiputri. It’s about a boy who gets frustrated and angry with himself because he isn’t perfect at things the first time he tries them, and wishes that there was no failure in the world at all. When his wish comes true, he finds that everything he knows starts to disappear – his house, television, and cars all vanish. What does he learn? That nothing we have invented or discovered would be possible without failure.

Space flight, technology, medicine, every great achievement of humanity exists because of the careful use of a scientific method: hypothesis, experiment, measurement, learning, refinement. We didn’t get to the moon because of someone’s intuition or creativity (although those things would have played a role), we got to the moon by trying things, failing, learning from what happened, and continually refining and improving.

The book is for children and aims to instill what’s known in education as a ‘growth mindset’, but there are entire companies that would benefit from this lesson. There are many businesses in existence that never fail at anything. Of course, in reality, they fail all the time, they just cover it up and don’t allow themselves to believe it. They have a culture of fake success and fear, in which every initiative is spun into a resounding success via fake news and twisting numbers.

This happens because businesses incorrectly value expertise and opinion over the ability to follow a process of innovation. If we’re paid for our opinions and those opinions are wrong, then we must have no value, so let’s pretend our opinions were right.

Why is it so important?

But true innovation in science and engineering happens because the opinion is taken out of the equation with experimentation. The world works in a certain way and mostly follows certain rules and laws, but it isn’t possible to see these rules. All we see are particular instances of things happening, and so our brains use a small number of cases to make assumptions about how all cases would work. Experimentation, on the other hand, allows the world to show us how it works under different conditions.

Let’s assume I want to change the pricing of my product. I might believe that I know my customers and am confident that the increased price wouldn’t be an issue, but have I met every single one of my customers and asked them if they would mind the new price? No. At best, I might have seen some research based on a few of them. In reality, I’m probably using myself and what I would think to fuel my opinion. If, though, I can run a controlled experiment where half of my customers see one price and the other half see another price, and I can measure their purchases, I can understand the effect of the new price, and also calculate the probability of whether that effect is a reflection of reality.

If this new price didn’t work, would this be a failure? Not at all, because I have learned something and can refine my approach. Perhaps the price was too high and people would be less bothered by a smaller increase? Maybe. If putting the price up causes sales to decline, then lowering the price would cause sales to increase which would increase revenue despite the lower price. What would have been a failure is if I’d just changed the price without testing it.

How can you go about it?

With experimentation, there is no such thing as failure, only learning and refinement. Just as flying into space was only possible by testing, learning, and adapting, great achievements in business are only possible with the same approach. If rocket scientists were afraid of getting fired for failing to launch a rocket, we wouldn’t have gotten very far.

Experimentation becomes possible when you replicate the scientific method and process in your business: observation and research, ideation and hypothesis generation, experimentation, measurement, learning, and refinement. If you can apply this process to the way you make business decisions and come up with ideas, you put yourself into a very strong competitive position – ask Amazon and Google!

The one place this tends to happen (although by no means as often as it ought to happen) is A/B testing on websites, where experimentation is relatively easy, but the ability to run nice, neat controlled experiments shouldn’t limit us to where we apply this mentality. Imagine if scientists just gave up and guessed when faced with something where controlled testing isn’t possible.

Perhaps the most important aspect of how you embed this thinking into business decisions is the process you use. What are your primary business questions? What kind of observations (research) do you need in order to come up with hypotheses? How will you prioritise your experiments and studies? If you can create a constant workflow of this, you will have a very effective innovation engine for your business. 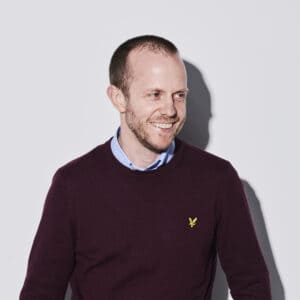 Jonny is Conversion Director at Journey Further, a performance marketing agency working with the world's leading brands, including the likes of Liberty London, Krispy Kreme and Lick Home. During his 15 year career of improving websites with strategy, experimentation and data, Jonny built and led the conversion team at Sky, as well overseeing the ecommerce strategy and operations at Principal Hotel Company.
Read more from Jonny
© 2023 Existem Events Ltd – All Rights Reserved