A no-nonsense guide to non-fungible tokens and what they mean for brands and their digital landscapes.

In March this year, a work of art sold at the auction house, Christie’s, for £50 million. But the buyer did not receive a physical piece. They received a non-fungible token – an NFT – or digital certificate of ownership of that one-of-a-kind piece. Though digital artwork can be reproduced and shared endlessly, an NFT proves that a single buyer has a definitive claim to the original.

While the artist Mike “beeple” Winkelmann now has the enviable accolade of being the third-highest-selling (living) artist at auction today, what his sale has kickstarted is a much larger debate around the digital medium.

Many major brands immediately jumped on to the bandwagon of collectables. Nike was granted a patent for ‘CryptoKicks’, a system for releasing digital footwear. Taco Bell is putting up ‘NFTacoBells’ on the NFT marketplace Rarible. Creators are getting involved: musician Lewis Capaldi is releasing a series of NFT ticket experiences. Even the ‘four lads in jeans’ whose photo became a meme listed the image as an NFT, pledging that 75% of the cash would go to the anti-cyberbullying charity CyberSmile.

But I suspect that many of these are headline-grabbers, pushed out by PR departments seizing on the moment. Many, including some journalists, still do not know much about NFTs other than that they are a hot topic. But mark my words, NFTs are here to stay.

What effect will they have?

Whilst many people are still confused about what they are, there is no doubt that they will have a role to play in the future of digital content creation, sovereignty and distribution. This powerful new trend will also be harnessed by many more recognisable brands and social media platforms in the coming months, as they scramble to stay relevant and have a part to play in this latest gold rush.

As usual, Instagram and Twitter are leading the way, bringing their huge potential audiences and visibility to promote these digital works, but I predict that Amazon, Etsy, Walmart and every other recognisable brand will create their own platforms to mint and distribute their assets, marketing collectables or sellable items. In short, NFTs confer the authenticity of an item, much like the silver NFL or NBL sticker on a baseball cap does. They tell you that you have bought the real thing.

The truth is that the majority of companies are still in the experimental phase, but brands are exploring whether they can create digital collectors’ items or exclusive experiences both as a means to engage with their communities and create a new income stream.

We should pause to consider what the past can tell us about the future. Though Napster emerged in 2000, it took Apple to build the physical iPod and monetise a digital opportunity. It was not until 2006 that Spotify curated and created a brilliant UX and UI experience and realised the potential of a direct-to-consumer subscription model.

The same will happen in the NFT space. We may see affordable and easy-to-use digital frames that allow a collector to show off their NFTs in the home. Collectors may want wallets on their smartphones so they can show off their favourite items down the pub.

But one killer question remains. Is this all a bubble, where the value of an NFT rests squarely on the belief in its value? Or is this the beginning of a new future of digital collectable assets that rise in value like Bitcoin? Only time will tell.

Mark Cuban and five leading VC firms recently invested in an NFT-focused social media platform for creators, collectors and curators. The NBA has recently successfully launched “Top Shot”, generating millions of dollars in fan engagement already. If Cuban and co. are living the future now, and viewing it as a marketing opportunity, direct to customer, the question arises: What should you be doing? 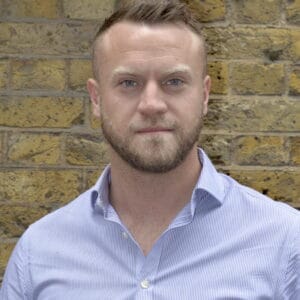 Daniel Andrews is the founder and CEO of the tree, an award-winning social and content marketing agency. He's also the founder of the root technologies, a secure, user-friendly, single-screen CMS that lets businesses create meaningful digital experiences for their clients. More generally, he's entrepreneurially-minded, digitally focused, and passionate about all things marketing, communications and tech. He's proud to be in charge of a hard-working, creative and motivated team that was nominated for The Drum’s Marketing Agency Team of the Year award and has won many others.