With user acquisition managers facing privacy-related challenges in 2021, it’s time to consider some new marketing tactics. One tactic worth considering that can achieve user acquisition KPIs with zero privacy concerns is influencer marketing.

Over the last few years, influencer marketing has developed, as agencies have become disciplined in their selection and management of influencers based on vertical and channel focus. Most importantly, influencers have matured and now understand that they need to enable their advertisers to achieve the expected metrics if they want to keep working as brand ambassadors.

This increased discipline and maturity is enabling app developers to run influencer marketing campaigns where KPIs include installs, registrations, and Return On Ad Spend (ROAS).

Zoomd recently completed a user acquisition campaign for an app where it exceeded the ROAS KPI it defined with the client before launching the campaign.

After receiving the app developer’s brief, they began the process of seeking out influencers by searching their global influencer discovery database for the most relevant influencers according to interests, geography, language, gender, keywords, hashtags, and mentions.

Once the initial list of influencers generated by the database has been seen, the most relevant influencers are then manually selected, looking at important key metrics including their engagement rates. If engagement metrics are low, it is assumed that many of that influencer’s followers are bots, eliminating that influencer.

Together with the app developer’s team, content creation guidelines for each platform were compiled, including a call-to-action asking the influencers’ followers to comment about the prizes they won, which significantly increased post engagement metrics.

To track KPIs, they included a unique coupon code placed as part of the influencer’s content for their followers to redeem in order to track deposits. Installs were then tracked by integrating tracking URLs in the Instagram Bios or YouTube information.

And at the end of the 90-day campaign, KPIs were exceeded and they significantly out-performed all other advertising channels by achieving a 600% ROAS – 3x better than what was predicted before launching the campaign. The efforts of 90 influencers across YouTube and Instagram reached 15 million, generating an engagement rate of 6% and resulted in 120,000 app installs and 6500 First Time Deposits (FTDs). The campaign achieved an eCPA 50% lower than all other social channels as well as a significantly higher Life-Time Value (LTV) than Facebook or Google.

Beyond the user acquisition KPIs, there is another important value influencer marketing campaigns deliver to app marketers: branding. The influencer posts and videos and ensuing fan engagements provide strong branding value for apps.

Influencer marketing campaigns deliver a symbiotic integration of brand awareness and performance. Instead of relying on UA tactics like incentivised ads or in-your-face call-to-action banner ads, which can turn off users, branding-driven influencer marketing is key.

It’s this branding support that helps create a stronger LTV for the games and apps running effective influencer marketing campaigns.

An additional branding value which is uniquely delivered by influencer marketing

Prospective users see people similar to themselves using an app or playing a game that they might not have previously considered. Showing real people engaging with an app has a proven record of increasing conversions because people can relate: seeing themselves using and enjoying or deriving benefits from that app. 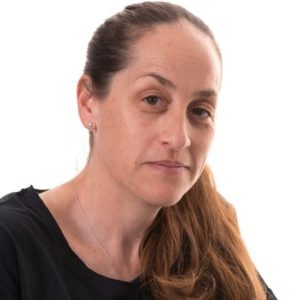