Apps are the fastest growing e-commerce channel and our projection is that the growth trend will continue. Leading brands have already recognised that affiliate marketing is an efficient and affordable channel to grow and generate app sales. 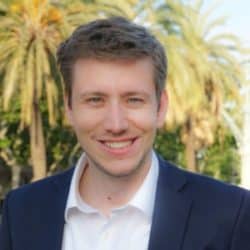 App remains one of the biggest marketing opportunities for brands, powered by a clear shift in consumer shopping behavior from Desktop to Mobile to App. Mobile use is expected to continue growing with smartphone users surpassing 3 billion in 2019, and projections for 2021 reaching 3.8 billion. Customers are increasingly switching to mobile shopping due to convenience and as mobile devices continue to get better with bigger screens, better cameras and more battery power. With mobile devices comes mobile apps. A survey conducted in February 2019 found that 57% of US shoppers used a mobile retail app to find information about a product or service. This survey mirrors Global Savings Group’s numbers which shows that 63% of mobile users finalize their transaction in-app. The clear leader in app commerce, Amazon, saw 85% of its US mobile shopper activity in-app in March of 2019. Other big names like Walmart and Wayfair saw 78% and 50% respectively of mobile activity in-app, with the lowest among the big retailers being Home Depot with 38%.

The statistics speak for themselves: Mobile use is growing, and apps are the preferred platform for customers to interact with brands.

Early adopters of in-app affiliate tracking are the big winners

2020 has been the best year yet for adoption of app tracking in the affiliate industry. More and more global brands have recognized the power of the affiliate channel to acquire new app users and generate recurring high-value in-app sales. Global Savings Group has seen a 1500% growth in app sales from January to August 2020, underlying the potential for the entire industry.

Among the early adopters are some of the biggest fashion retailers in Europe, which have benefited greatly from adopting in-app tracking. One large European fashion player that enabled in-app tracking in April saw month-over-month sales increase by 87% from the channel. Another renowned global fashion brand enabled in-app tracking in Q1, and to support app adoption, they launched a special coupons campaign that gave customers 30% off on purchases in-app while mobile web users only got 25%. The campaign was extremely successful with app sales increasing 459% and thousands of new app downloads, proving the power of affiliate in-app marketing. Because apps have become such an important channel for many advertisers, enabling in-app tracking has given brands valuable insights about the affiliate channel that they would otherwise not see. During the lockdowns in March and April, affiliate publishers saw Black Friday-like traffic surges across many verticals, which was to a large extent driven by mobile users and app shoppers. The retailers with in-app tracking enabled were able to double down and leverage this increased demand to acquire app users and loyal customers.

The advantage of acquiring app users

There are many well known reasons for encouraging consumers to shop in-app. Brands can expect 4x more product views, 1.5x higher Average Order Value and 3x higher conversion rate from app users. However, the most significant advantage for retailers to invest in their commerce app is loyalty. Compared to mobile web, apps remain on a user’s phone, causing people to spend significantly more time in them compared to mobile web. The evolution of apps over time has been fascinating. Originally viewed as gimmicky in their early days, they have now become comprehensive software programs. Modern apps offer a range of features and benefits to the users like remembering product preferences, payment data, shipping address, and for some, even reward points and gamification, not to mention targeted sales and discounts. All of these features are what make the app value proposition desirable for the user plus there is no requirement to remember a login and sign in for every visit, which would typically be the case for mobile web stores.

Getting started with affiliate in-app marketing

Taking advantage of the affiliate marketing channel to acquire app users should be a natural step for any retailer. There are reasons why giants like Walmart, Amazon and eBay have long leveraged this channel to grow their apps: efficient and affordable.

The fundamental reason behind affiliate in-app marketing is the ability to track sales generated by publishing partners in your ecommerce app. The in-app tracking allows retailers to compensate publishers for advertising their app and driving users to and sales through the app. Because the channel is performance based, the advertiser only pays when a customer finalizes a purchase.

Reach out to your affiliate network and they can help you set it up.

Not too late to begin affiliate in-app marketing

Apps are the fastest growing e-commerce channel and our projection is that the growth trend will continue. Leading brands have already recognised that affiliate marketing is an efficient and affordable channel to grow and generate app sales. And despite an impressive increase in in-app tracking adoption in 2020, the majority of retailers are yet to discover the power of affiliate in-app marketing which has resulted in early adopters gaining a significant competitive lead. That being said, it is not too late to begin affiliate in-app marketing, and with the leading affiliate networks already supporting easy integration of in-app tracking, it is low effort and high reward to get started.

Michael Alexander Hold spearheads innovation products and programs for the Global Savings Group (GSG), one of Europe's fastest-growing companies and a world leader in commerce content. Alexander is leading the transformation of the voucher code industry through the introduction of the Dynamic.Coupons. Today, Dynamic.Coupons is launched in 16 countries across 20+ categories. Prior to GSG, Alexander consulted Scandinavian companies on how to leverage the technology giant Salesforce's products to innovate on behalf of their customers. Originally from Denmark, Alexander has lived and worked across Singapore, Australia, Norway, Ireland and Germany. He holds an MBA from NTU Singapore, one of Asia's leading business schools.