What Can We Expect From Amazon’s Biggest Prime Day?

We can count on a belated Prime Day to kick-start retail’s Golden Quarter and usher in the Christmas shopping hysteria we all know and love. 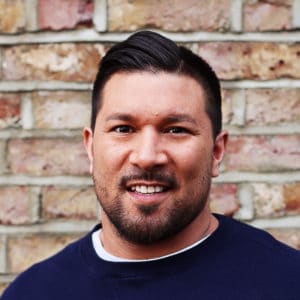 Taking place from 00:01 Tuesday, October 13 until 23:59 on October 14, Amazon Prime Day 2020 is almost upon us, 3 months later than usual, clearly not immune to the disruption heralded by the on-set of COVID-19 earlier in the year. Whilst living restrictions remain in place, thwarting social and holiday plans, this Christmas gifting season will be more important than ever for lifting spirits and giving people something to look forward to. We can count on a belated Prime Day to kick-start retail’s Golden Quarter and usher in the Christmas shopping hysteria we all know and love.

What can shoppers expect?

Lowest prices – “Throughout Prime Day, members can shop with confidence that they’re getting low prices that won’t be beaten this year.” This is Amazon’s pledge and reassurance to those who may be thinking of holding out for bigger bargains in Black Friday or Christmas sales.

Deals, deals, deals – Quite literally millions of deals on everything from laptops and multi-cookers to water filters and ancestry kits. Whilst the aforementioned items were some of the best performing deals last year, Amazon consumer tech products will no doubt hero the event with big discounts across their Echo, Fire TV, Fire tablets and Kindle ranges. In that ilk, big-ticket consumer electronics will be the main event with prices slashed across the major tech brands. In order to deliver a bigger and better event than last year, Amazon will have bargained tirelessly with vendors to ensure the marquee brands in this category have a deal presence. I expect to see offers from Apple, Beats by Dre, Samsung, Panasonic, B&O, Bose and Fitbit on tablets, earphones, smartphones, cameras, Bluetooth speakers and fitness trackers respectively.

Amazon is making a lot of noise this year about supporting small businesses, which may seem counterintuitive coming from one of the world’s most valuable companies, but their marketplace offers a fast and convenient way to scale sales for sellers who may otherwise struggle to find a platform. Along with an advertising campaign in the US heralding themselves as the saviour of small business, they have extended the sentiment to Prime Day. This comes in the form of a scheme offering shoppers the opportunity to gain a complementary £10 to spend during the event if they spend £10 or more with select small businesses, on Amazon, from now until October 12. Whether you believe Amazon has some part to play in the death of the UK high street or not, or you’re a die-hard cynic surmising it’s just a PR exercise, it’s hard to deny that any scheme supporting small business is a positive thing.

This will be Amazon’s biggest Prime Day ever

Prime Day will also look different in terms of the impact of the retail sales it makes. Market research company eMarketer has published their first-ever Amazon Prime Day forecast and the numbers are staggering, predicting Amazon’s biggest ever prime day by a huge margin. They project $10B in sales globally over the two-day event. That’s $3B more than Prime Day 2019 and $1.8B more than UK supermarket chain Waitrose generates in sales annually.

Why Prime Day was always going to happen this year

Prime Day is the most important calendar event to Amazon and whilst a global pandemic derailed it temporarily, it was never going to not go ahead. With the main mission to recruit new shoppers into their Prime membership scheme, the offers are a means to an end and the resultant sales spike a welcome by-product. Prime members spend significantly more on Amazon vs non-Prime shoppers, $1,400 vs $600 per year on average in the US, with this trend also reflected in other markets. UK Prime membership was estimated at 15M last year, roughly a quarter of the UK population, so when you consider prime membership in the US, their most evolved market, covers 82% of households, it goes without saying that the stakes are high. Continuing to grow their Prime base is imperative and goes far beyond just increasing topline.

Prime as a market value accelerator

In terms of recurring revenue, Amazon’s annual Prime membership fees along with the increase in order frequency and value it drives is shareholder gold. Therefore initiatives that help increase sign-ups are value accretive, with Prime Day as the mother of all recruitment events. Amazon’s annual turnover is much less than Walmart (over $200B less), but the latter has a market cap of $400B, whilst Amazon is a trillion dollar company. Clearly the penny has dropped for Walmart on recurring revenue, having launched Walmart this year, their own membership program. Apple, the world’s most valuable company, now trades at 35x earnings vs an average of 16x over the last 10 years. Whilst they have always dealt in technology, recurring revenue now accounts for 22% of their topline, reinforcing its impact as a value multiplier. Similar patterns in relation to market cap vs revenue can be seen when looking at Netflix, Peloton and Adobe, who all operate recurring revenue models.

Getting Prime Day right can make or break a year in terms of hitting the annual Amazon joint business plan or nailing a sales target. But there is always a fine line to tread between topline and profitability. When planning deals for the event and the ‘coupon quantity’ for each item, hold an additional 10% – 25% of that volume in reserve of your most popular items where you feel deals will be well received. It is not uncommon for Amazon to contact Vendors during Prime Day requesting additional volumes of hot products where they sell out quick and need more inventory to meet demand. If profitability and inventory levels are not a challenge this can be a great way to capitalise further on what is an extraordinary event.

Jason leads online marketplaces capability for Publicis Commerce in London, including Amazon Advertising strategy and development across the Publicis Media agency brands (Starcom, Zenith, Spark Foundry and Digitas), plus client engagements across P&G, Samsung, Disney and Brown-Forman. Formally at WPP agency Wavemaker and before that an eCommerce specialist for the world’s largest toy company, Hasbro. Jason has a strong background in agency and client-side organisations across eCommerce and Digital Transformation. He has worked with Amazon in various roles for over 10 years.