Back to Basics: Mobile Apps and Affiliate Marketing

Here, we take a closer look at how both publishers and advertisers are using mobile apps in affiliate marketing, and whether the app will ever live up to its intended promise as the nirvana of affiliate industry evolution. 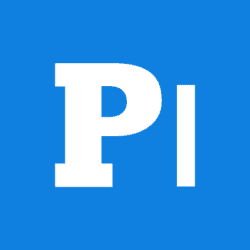 Mobile apps are an integral part of our ‘connected’ lives.  We download more mobile apps than ever before and the market is growing 45% annually.

Here, we take a closer look at how both publishers and advertisers are using mobile apps in affiliate marketing, and whether the app will ever live up to its intended promise as the nirvana of affiliate industry evolution.

We can break down the way advertisers use mobile apps into two groups:

The second category of advertisers normally uses affiliate marketing to run campaigns to acquire new app downloads or users. The app is the sole focus of their marketing and the only platform to which they want to drive users. These could be service-based businesses, dating, gaming or technology vendors. But this remains a small part of the affiliate industry. App-only affiliate campaigns account for less than 2% of all affiliate spend in the UK.

That brings us on to the first category, which is significantly bigger and made up predominantly of e-commerce companies who interact with customers through both web and app.

TopCashback provides some insight into how the biggest affiliate programs treat their apps, because the cashback company provides messages to their users when a retailer does or doesn’t offer in-app tracking.

We tried 30 top retailers at random listed on TopCashback that have transactional mobile apps. Only two provided in-app tracking, which goes a long way to demonstrating that in-app commerce remains a tertiary consideration for most advertiser affiliate programs.

Again, we can divide publishers into two groups when it comes to mobile apps:

For the first group, they are beholden to how open their chosen app platform is to monetising traffic through affiliate marketing. These publishers have been unwitting victims to a lot of the challenges the industry has faced tracking app journeys, and are often characterised by lower than average click-to-sale conversion rates.

Publishers that own their own apps have far more control over how the affiliate model is implemented. However, they continue to be hamstrung by whether or not advertisers will actually reward commission on in-app sales.

The end result of this is user journeys that actually start in a publisher’s app, and then direct a user to the advertiser’s website, opened in a separate web-browsing app. In a spot-test, we tried 30 different advertiser links from a popular publisher’s app and only one Advertiser took us on an app-download, app-app or in-app web-browsing experience. All the others just bounced us out of the app to a standard website.

Does the technology exist to track affiliate sales from apps?

Quite simply, yes. All major affiliate networks either have their own internal app-based tracking capabilities, have partnered with an app-analytics company to provide a solution or have integrated with multiple app tracking services depending on client preference.

Lack of tracking technology is no longer a reason to excuse the vast gap in app-trackable affiliate programs, which means we need to look deeper for the reasons why this blind-spot continues to exist.

In its most traditional form affiliate marketing is a ‘click-out’ user journey, meaning a user clicks on a link or piece of content on a publisher website and is redirected to an advertiser’s website.

This web-based user journey was translated verbatim to the mobile ecosystem many years ago, even though it really doesn’t fit the app world very well.

The most obvious example of this is if a publisher app wants to use a traditional network affiliate link to send a user to an advertiser. This journey will normally involve the user being redirected out of the publisher app and into another app for web-browsing. This is not only a clunky journey but one that is fraught with tracking challenges.

Is there enough upside to justify the work?

The blind-spot of app tracking, may not be that blind at all, particularly where advertisers are concerned. Perhaps the issue is that the benefit for rewarding publishers for sales driven to apps isn’t understood or clearly defined.

Mobile commerce company Button has released some case studies to showcase the power of a fully functioning app-strategy, like this example with Groupon who saw huge conversion rate increases from being able to channel users into the journey most relevant for their device/platform.

Many advertisers see the acquisition of an app customer as very valuable in the first instance, but not something they want to continue to pay for ad infinitum, which runs against the traditional CPA model. However, very few affiliate programs have allowed advertisers to use different reward mechanisms for app customers, possibly put off by the operational challenges presented by the cashback model if for instance a program only paid for the first sale of any app customer.

You can choose your ‘chicken-and-egg’ cliché when it comes to how the industry should develop its support for app based commerce. It’s difficult to identify where to start, or who should start first.

The justification for why advertisers should invest in tracking sales that occur in-app exists for those willing to look, but isn’t widely available and this could be one of the major barriers right now.

There are clearly benefits, which we discussed on PerformanceIN recently. One of the most eye-catching stats was that 36.4% of people who installed an app also made a purchase and users are twice as likely to convert in App as opposed to on a mobile web journey.

Helping advertisers to revise and rethink how they reward publishers for app downloads or in-app purchases also needs more coverage. It’s clearly happening in silos with specific advertisers, but it’s far from mainstream. The industry can’t be standoffish in supporting different commercial models for publishers that drive in-app customers, particularly as metrics like conversion rate can be so different in-app compared to those traditionally experienced on the Web.

There are at least 10 major publisher apps available on the market now to consumers that would benefit from more widely available in-app tracking and better user journeys to support app-app and app-download flows.

With its roots way back to 2001, PerformanceIN is the leading global performance marketing publication, shedding light on the most important matters around the measurable side of marketing. We connect and engage with the performance marketing community whilst facilitating industry debate, education and rewarding innovation, success and best practice.