The time for change is now and the industry has a lot of work to do. Here are five practical ways to sort out the diversity problem in UK tech. 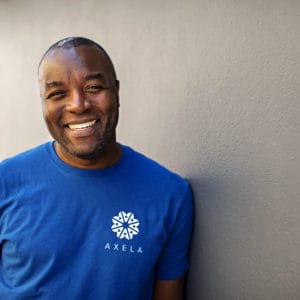 I’ve always loved technology – I believe that most problems can be solved with an element of technology and that any kind of tech can be created with enough time and effort. But the UK tech industry has a diversity problem. That much is evident. Only 3% of the technology industry’s employees in London are black, according to data compiled for the Evening Standard.

As a black man, I’ve always been taught to push more; don’t be a stereotype. Keep going, earn it yourself – you are never going to be given anything for free. This has been my drive to succeed, but I also want to make it easier for people of colour in the future. I do believe that the diversity problem in tech can be solved, but it must be through practical, actionable means. Here are five areas we should start with:

1. Look beyond the word ‘BAME’

The reality of tech’s diversity problem is being masked because people characterised as ‘BAME’ are currently shoehorned into a single grouping, despite having very different experiences. The tech industry is made up predominantly of white and Asian men but lumping everyone who isn’t white into one category means the statistics are skewed. It makes the figures look more palatable, but it’s not representative of the reality on the ground. BAME isn’t a useful phrase.

BAME is largely used to twist negative figures into a positive narrative or to make a bad story look better. However, on the flip side, when the story is negative we always single in on the person race/country. So, for example, 17% of tech investments are to BAME whereas ‘X’ ethnic person commits ‘x’ crime, not ‘BAME individual commits a crime’. Let’s stop generalising to mask unflattering information but being specific when reinforcing a common narrative.

So many people who had no clue about the challenges faced by people of colour are now going out and learning. Let’s keep that process going. This isn’t the first movement, but hopefully it’s the first one that will bring lasting change. Let’s look at the issues beyond the figures. Let’s establish the barriers – because they are there – and keep addressing them. Let’s set ourselves targets and keep reviewing them. It’s a continual process that we can all learn and adapt as we go along.

Growing up, unless you were really good at sport or music, there was no one for a black child like me to pinpoint and say I wanted to be like. Where were the black businessmen and leaders? It took me a long time before I saw any.
Something I realised a while back – I want to put myself in a position where I am a role model so that black children don’t have to have the same experience that I did. After BLM, we’re starting to see more black and POC people sticking their head out and realising they could succeed in all areas of tech – this needs championing continually. Tidjane Thiam was my main inspiration – but there were others – it took a lot of searching before you hear of people like billionaire, Aliko Dangote. We need to keep doing this for the next generation and break away from the stereotypes that seem to obscure the perception of men and woman of colour.

Another problem is tech leaders and managers hiring and promoting people “who look or sound like them”, which generates systemic bias. A suggestion involves offering workers development opportunities, even if management positions are thin on the ground.  Think about other things workers could do, such as having free reign to do online classes or asking them to host a company webinar. Just showing someone that you’re supporting their development and championing them can make all the difference.

5. This could be the best time to take the leap

One positive thing to come out of the situation is an increase in the number of people of colour starting to realise “they can do it for themselves” and set up their own businesses. Rather than just getting frustrated and leaving their employer to end up in other similar roles, people are now taking a risk – and that does tend to have a positive, snowball effect.

There is help available, and that help is becoming more visible. Axela actively invests in companies with founders who might have struggled with the regular investment channels. So, 50% of our investments are in women-founded ventures, 50% are black-owned, for example. The time for change is now and the industry has a lot of work to do, but I believe that it can be done. I am taking steps to ensure I play my part in this change. Are you?

Nicholas Kelly is the chairman and co-founder of healthcare technology network Axela Ltd, a company he started with his mother, Jacquie Kelly, who has worked as a care provider for over 30 years. He now employs over 1,200 staff and the business is worth over £5m. Nicholas has extensive experience leading complex, innovative projects for some of the world’s biggest tech companies including Apple and LinkedIn where he worked in technology development. He has also worked agency-side at digital companies such as LBi.
Read more from Nicholas