Transparency in Media Buying isn’t a Crisis, it’s Been an Issue for a Long Time

The lack of transparency has not happened by accident, it has been there to disguise economies of scale and make the discounts indecipherable from network to network and agency to agency. 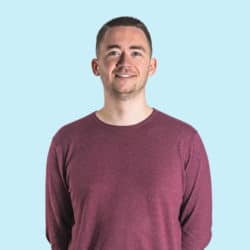 A crisis is defined as a time when a difficult or important decision must be made. Transparency in media buying isn’t a crisis, it’s been an issue for a long time,  and it’s only become a crisis because of whistleblowers and those who feel they’ve been done over.

C-Suites have attracted a lot of criticism over the issue, but is it their job to fix it? The lack of transparency has not happened by accident, it has been there to disguise economies of scale and make the discounts indecipherable from network to network and agency to agency.

C-Suites are so far removed from the day-to-day that asking them to step up simply won’t do. It’s the murky world of kickbacks and backhanders that fund the lavish trips, dinners and international meetings that Chiefs enjoy.

Agencies themselves are largely responsible for creating it, and should themselves sort it out, however, businesses and networks that have scaled massively over the past few decades have done so on the foundations of these deals and hidden margins, so for them to fix it will mean them changing the fundamental ways in which they work (and most likely significant job losses).

The issue is not what or how much people charge, it’s the way in which it’s charged. Whether it’s clever invoicing, hiding margins between agency brands under the same umbrella, or simply adding fat to the media cost in the ad platforms themselves – it’s far from transparent and this has been going on for years. All of these methods are exacerbated further by annual kickbacks and agreements made between agencies and key media partners. All of these things are fine, if they are communicated to those affected – after all, people deserve to be rewarded fairly for their work, fair being the operative word..

When looking at a solution, the onus also needs to be on client-side marketing managers, procurement professionals and those who make the decisions on who and what they spend their money on. Procurement will judge people based on £ or %, but what they don’t know is what’s going on in the background.  An example: If someone charges 5% but makes 30% in the background, in the eyes of a procurement professional, they are more favourable than someone else who offers the exact same service but charges 15%. The lack of transparency is perpetuating the issue and forcing people to become opaque in their practices purely to compete.

So how do we actually fix this?

The workers on the ground, facilitating the largest part of this issue are very often fresh out of university or school and have no idea what they are doing and the consequences of those actions. From day one they are being taught how to extract value from clients and media owners whilst doing it at the lowest possible cost.

Senior client service or planning directors are put in place as gatekeepers to keep worried clients at bay and stem the flow of communication so younger staff can be overworked and run multiple clients. This is what needs to change. A shift in the way the whole system works and education is needed to move away from the need to make ridiculous margins. There’s no reason why advertisers shouldn’t get access to ad platforms and have complete transparency on where their budgets are being spent.

By training individuals to think strategically and develop their business acumen, agencies should be able to provide real value to clients and in turn, develop their strategies and grow the investment (and therefore their fee). The crisis has in part been driven by those who lose out most, the brands who have hammered agencies down on their commercial terms have forced the agency’s hand and made them seek new ways of making money. This also needs to stop if agencies are to realistically change their behaviour too.

The final change is leadership. Some of the most successful agencies (and brands) in recent times have come from start-ups, individuals who have done the dirty work and have risen quickly with clear values in mind. So is it now time for C-suite to take the lead in pushing for concrete action to address and resolve the problem, or risk wasting millions? The answer is yes.

C-Suite individuals working at agencies, not brands, need to understand what it’s like on the ground, admit and address the issue and provide a solution. We are already seeing huge agencies shake up their entire model to suit a more transparent way of working but that will have a huge impact on the workforce with widespread redundancies and some job roles no longer being needed anywhere.

There are multiple processes that need to change which include (but are not limited to) the pitch, commercial agreements, reporting and invoicing. When it comes to commercials, it is perfectly fair to charge 2x, 3x, even 4x a competitor agency if you’re going to provide more value for the client but very often commercial agreements are created based on a % of spend. Does spend correlate with hours, work and the value you drive for a client? No, not always. Does spending more allow you to generate more results for a client? Yes. Therefore a shift to a more mutually beneficial commercial model for agencies and brands could be adopted to rid the world of taking cuts and this is where brand-side C-Suite individuals can play their part.

A world without mark-ups and hidden fees is possible and many agencies have thrived as a result of taking this refreshing approach, to the point where everyone is claiming to be transparent, open, honest and all the other buzzwords that mean the same thing and look pretty on an intro slide in a PowerPoint presentation. We need to be careful not to go so far the other way that the value of an agency is based on how transparent they are rather than how efficient they are. You can be fantastically transparent whilst being awful at your job.

Finally, it’s important to stress that the platform owners themselves need to take a long hard look in the mirror. After all, they are the ones facilitating the margin making, creating an opportunity that is often too tempting for many agencies to turn down.

Ed oversees the Display, Video & Social team at Journey Further, a performance marketing agency working with the world’s leading brands, including the likes of Sky, Villa Plus and Majestic Wine. He has over seven years of agency experience creating and delivering award-winning strategies for a range of clients in the retail, finance and travel industries.