Regardless of scale, these brands did not want to be associated with the criticisms from civil rights groups regarding Facebook’s failure to address hate speech and divisiveness on its platform. 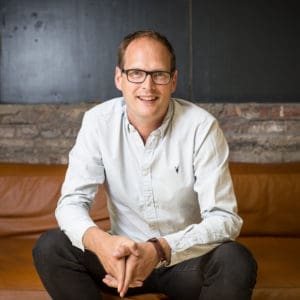 For many big name brands, Facebook remains their main source of traffic. As a platform, it’s size and reach are unmatched, and as a result many remain reliant on it to engage audiences. Yet all signs are pointing that this long standing dynamic is beginning to be disrupted.

With greater financial pressures on most consumers, the likelihood of them engaging with brands is lower and greater care is needed in reaching fans and potential customers. What this calls for is a greater diversification from brands and less reliance on ‘top traffic generators’ like Facebook. Instead a more targeted approach is needed for more niche consumer groups. This may involve working with smaller affiliates and changing up strategies, but it will undoubtedly push new and more loyal customers towards your brand.

What Is causing this change?

This trend is the culmination of a range of factors. The first is a gradual increase in mistrust for Facebook among users and brands. In the years since it rose to prominence, users have found that the platform no longer abides by its mission statement to connect people, brands and communities but rather, it is a commercial enterprise focused solely on profit margins.

The core promise of a platform to expand social circles and connect friends was seemingly replaced with ‘the attention economy’ instead. Today, this is a platform that derives value from the time users spend on it: primarily, consuming content.

What this led to was a shift in the type of content appearing on Facebook as a whole. Instead of content being generated and distributed by interest, it became about reaching the widest possible audience and holding their attention for as long as possible. This resulted in the quality of content generally falling and people’s satisfaction waning even if their engagement was increasing.

This sentiment of distrust has been compounded in recent years as users become disillusioned with Facebook’s working practices which are becoming more widely criticised. These criticisms generally revolve around misinformation or a lack of social responsibility.

Much of this distrust came to a head in July as an extensive number of brands decided to withdraw their advertising campaigns from Facebook. From HP to Adidas to Coca Cola and Vans, major brands increasingly began seeking ways to distance themselves from accumulating criticisms of the platform. During the first week of the boycott, Facebook reported a 31% decrease in ad spend across the US.

However, this boycott came not just from major brands but smaller ones too. Regardless of scale, these brands did not want to be associated with the criticisms from civil rights groups regarding Facebook’s failure to address hate speech and divisiveness on its platform.

So what are the alternatives?

While Mark Zuckerberg claims that advertisers are coming back to Facebook ‘soon enough’, it is evident that this distrust in Facebook and it’s misinformation isn’t going away. For close to a decade, brands have been reliant on Facebook in order to reach their audiences but this is seemingly no longer the case as viable alternatives emerge.

Passion communities or niche community groups, are an alternative that does away with the dynamics of larger social media platforms like Facebook. Instead of building themselves around attracting the attention of users, they are built around shared passions or interests. These groups aren’t targets for non-specific media but genuine communities who share something in common. As such, these communities are delivering highly-targeted content to individuals who will authentically respond to it.

Our Passion Index survey revealed half of respondents would join a dedicated social media platform or app tied to a personal interest or passion, and 34 percent said they would be willing to pay for exclusive content or offers. Niche communities where people can coalesce around a passion, whilst giving brands control of the data and value their network generates, are the way forward.

But what does this all mean for advertisers? Firstly it means that engagement is much higher and that investment in advertising to these groups will translate to more results. With passion communities, advertisers can be specific in the type of people they are targeting and have assurance that there is genuine interest in their product or service among those in the group.

Brands can also be sure that their investment is going towards a platform that they want to be associated with. Rather than being affiliated with Facebook and it’s now dwindling reputation, they can be associated with passion communities that authentically align with their brand.

What is more, passion community apps are more likely to retain users in the long run than Facebook. Whereas users appear to be moving away from the social media giant at a significant rate, the retention rate of these community platforms is six times higher than the average.

Though this is in part a result of users moving away from Facebook, it’s clear that there is an appetite for sincere engagement and trust in platforms. For these reasons, now is a better time than any for brands to rethink how they advertise and reach consumers through the best means possible.

Benji Vaughan is the founder and CEO of Disciple Media - a platform that is building a global network of independent valuable communities powered by passion.

Starting his early career as a techno producer, Benji went on to learn the value of building communities through his work running a record label.

He founded Disciple in 2016, and since then the company has grown from an agency-model business building bespoke apps for musicians into a Community Growth Platform. It currently has over 300 thriving passion communities all around the world, and well-known hosts include the Rolling Stones, Luke Bryan, and Matt Hancock MP.