How To Make Your Digital Launches More Successfully and Rewarding

Here's how you can best carry on and incentivise the launch of new products in the digital world without the support of the high street store or major events to bring in the crowds. 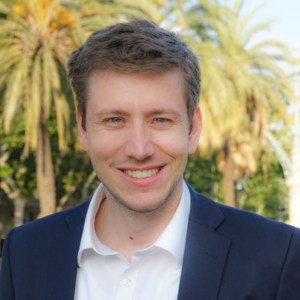 Situation: The Coronavirus and its effect on product releases

2020 has been a real rollercoaster for brands, especially ones with big launches planned and then postponed or even canceled as the whole situation seems to change on a weekly basis.

Once the Coronavirus became established across Europe, and we all started to realise this was not just another flu, big events started to be canceled from the European Cup to the Olympics in Japan to James Bond “No time to Die,” all these events had a major knock on effect for brands and retailers.

The sudden postponement of the new James Bond, moving from April to November, had a real effect on the brands that make up the James Bond lifestyle, including luxury Swiss watchmaker Omega which had already launched its special 007 edition of the SEAMASTER DIVER. Having an endorsement from the Bond franchise is something that doesn’t come cheap, in fact it was rumoured in late 2019 that brands associated with the new movie ‘No time to die’ collectively paid up to $100 million together to be part of this latest installment in the Bond legacy.

But it wasn’t just events that got cancelled or postponed, soon shops on the high street started to roll down their blinds and close their doors as lockdown measures took hold. The virus had hit the real world and Its effect had massive consequences for the retail industry at large, with some brands pulling out of big launches whilst others carried on without the usual show and event at street level.

On the 18th of March Nike and Dior postponed the release of its upcoming Air Jordan 1 collaboration, other sport shoe releases were also put on hold. And they were not alone, soon luxury watchmaker Patek Philippe, and mobile phone specialists Nokia, Google Pixel had joined the postponements. The list goes on and on. In fact in a survey taken in March based on the business Impact of Covid-19 by Econsultancy & Marketing Week, 55% of UK marketers said products and service launches were delayed or under review and in the US this number reached a staggering 57%.

This all brings us to the theme of this article which is about how you can best carry on and incentivise the launch of new products in the digital world without the support of the high street store or major events to bring in the crowds.

In the middle of the coronavirus crisis we have seen a major shift by shoppers to online for all purchases, the digital world or retail was already growing fast, especially with the Millennials love of it, but now the shift has really accelerated. At GSG we saw traffic to our shopping/savings platforms almost double on the back of Corona. The digital world of sales seems to be Corona proof and that’s why other brands or even brands that postponed launches have decided to carry on and concentrate their launches online.

One company that did just this and continued to premier new products, even as its stores closed was Adidas. During April Adidas launched several new, high technology updates on trainers based on popular legends of the past. From it’s 90’s revamp with the ZX 10,000 at the start of April to it’s 70’s inspired SL series. Week after week Adidas proved that the show can go on, thanks to the wonders of the digital world!

An incentivising part of the solution: How digital rewards cards can add to the success of your launches online

But without the foot traffic to the store and the sales teams greeting the customer, you are going to need every digital tool to incentivise sales, from newsletters to banners to advertorials to influencers to coupons to promotions “gift with purchase”. All work together in a 360° approach.

But one tool that has so far been overlooked is the digital rewards card. This is probably because it’s quite new to most of us, but this will soon change because it has so many advantages over other incentivising products available:

It’s a value adding approach to incentivising sales, the fact is that the digital rewards card can be a real alternative to discounting

Discounts can of course be a very good tool to capture people’s attention and draw them to purchase, especially in times when money is scarce. However, many brands will avoid this when releasing new products because it can be seen as devaluing the brand and reducing the profit from the sale itself.

This is where the digital reward card provides a real alternative because their value can be a real draw for the consumer. And even better, the expense of the gift-card can be attributed to a future purchase within the same brand family, building a stronger relationship with the customer, while driving future revenues.

Whatever supermarket you shop at, the chances are that you probably noticed a collection of plastic or cardboard prepaid cards with retailers and brand’ names near the check-out. They are popular choices for people who love a brand but don’t necessarily know what they want to buy at the moment. People either purchase them as gifts for friends or for themselves, or use them to purchase online without the need to use their credit card.

The gift cards are a popular choice across all generations because of their simplicity. And their online successor is no different, the digital rewards card helps people save money on a future purchase without the hassles of complex registration. Their simplified form of loyalty makes them a great tool to launch products and retain customers. Particularly with those from Generation’s Y and Z who love the digital world but don’t always join loyalty schemes because the process is seen as too complicated and too time consuming.

The digital reward card provides you with a more environmentally friendly alternative to the popular “gift with purchase”.

Recently the concept of a more eco-friendly form of consumerism has gained much importance as the world around us is filled with things we don’t need anymore. Many top brands like Nike, adidas and H&M have reacted positively to the challenge by investing in product lines made from recycled materials, H&M even opened their own second hand store. That is why it seems strange that the “gift with purchase” is still such a popular marketing tool, considering that these gifts soon lose their appeal and end up either unused, collecting dust on your shelves or worse still in a landfill.

A digital rewards card offers a greener alternative to the “gift with purchase” as it helps the consumer afford a product that they truly want instead of filling their basket with an unwanted product that in all likelihood will be discarded.

The digital rewards card can be connected to storytelling that is based on both product and reason.

We all know the value of storytelling especially when launching a new product, for instance which serious runner can forget the launch of Nike’s new vaporfly just before the pandemic started and how it’s technology was deemed so critical to Kenyan runner Eliud Kipchoge completion of a marathon in under two hours that world athletic bodies started to ban its use in their competitions. Suddenly everyone was talking about Nike’s new shoe and what it could do.

And that’s why providers of digital reward cards are delivering ways to connect the launch and reward itself to a story. Everything from a short text that highlights the reason for the reward, to a full format article about the product and reward.

Creating a meaning for the reward can be as important as the products storytelling itself. We have long known that people look for moments where they feel justified to buy something, a reward is similar. It should feel real, something that is given to you because you deserve it.

Imagine Retailer A selling the new Xbox incentivises fans with a €20 reward card. The reward card drives the fans to buy the console at Retailer A, but it also gives the fans a reason to come back and place a second purchase of a game or something else, by describing the reward in the right way, the brand can leave the fans with a great feeling of being rewarded for their loyalty. For instance: “For our die hard fans, we’re giving out 1000 reward cards with purchase of the new Xbox.” The messaging creates a sense of urgency, but also emphasises the feeling of belonging to a special group of die hard fans.

All these advantages add up to one conclusion

It has been a challenging year, especially for brands launching new products. With the postponement of great events like the Euro 2020, the Olympics, and of course the new James Bond movie, not to mention a March and April where nearly every store was closed. Plus now with a massive resurgence of the coronavirus across both the North and South American continent and most of Europe things are again looking pretty uncertain for both the economy and street-level retail.

But with new challenges come new opportunities, and with the surge in online shopping expected to continue, it is more relevant than ever for brands to explore digital avenues for their product launches. With a large mix of marketing tools, the digital rewards card is not to be forgotten, as it gives brands a unique opportunity to incentivise the purchase of a new product without discounting.

Michael Alexander Hold spearheads innovation products and programs for the Global Savings Group (GSG), one of Europe's fastest growing companies and a world leader in commerce content. Alexander is leading the transformation of the voucher code industry through the introduction of the Dynamic.Coupons. Today, Dynamic.Coupons is launched in 16 countries across 20+ categories. Prior to GSG, Alexander consulted Scandinavian companies on how to leverage the technology giant Salesforce's products to innovate on behalf of their customers. Originally from Denmark, Alexander has lived and worked across Singapore, Australia, Norway, Ireland and Germany. He holds an MBA from NTU Singapore, one of Asia's leading business schools.