How iOS 14 Will Change the Future of Mobile Advertising

Starting in September, iOS 14 will require every app to get explicit permission from the user before tracking them or accessing their device’s advertising identifier. 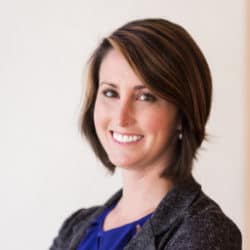 Did you feel that? Apple just shook the foundation of the digital marketing industry — again.

In June, Apple announced at WWDC that the next version of iOS would make the IDFA (Identifier for Advertisers) opt-in for all apps. Starting in September, iOS 14 will require every app to get explicit permission from the user before tracking them or accessing their device’s advertising identifier. In other words? Big changes are coming to the mobile ecosystem. Here’s what you need to know.

Apple users who upgrade to iOS 14 later this year will notice a new pop-up when they open an app for the first time. This is the new IDFA opt-in prompt, and it’s the most significant change separating iOS 14 from its predecessors. Here’s what it looks like:

The new prompt is part of Apple’s AppTrackingTransparency framework, and is required for every app that wants to access a user’s device IDFA to track them. The pop-up will be shown on a per-app basis to users who have not already enabled Limit Ad Tracking (LAT) on their phone. When a user does not give consent to be tracked, the user’s IDFA will appear as all zeros, and the requesting app will not be allowed to track them.

If that just sounds like an app-specific version of Limit Ad Tracking, it’s because it is. But there is one big difference between this pop-up and the LAT feature: visibility.

LAT is a device-level setting, but it’s buried deep in the iOS settings menu. It’s hard to find, which is likely the reason only 30% of Apple users have it turned on. The new pop-up, however, will be unmissable — and that’s the point.

Making it easier to see and control what companies are tracking you and why is a definite win for consumer privacy. Given Apple’s steady progress toward greater protections for data security and privacy, this move was a natural next step.

It’s also a strong signal to marketers of where the rest of the industry is heading. iOS 14 represents the beginning of a paradigm shift for mobile marketing, because where Apple goes, Google and others follow:

It’s possible that Google breaks tradition and chooses not to follow Apple with something similar for Android’s version of the IDFA, the Google Advertising ID (GAID or AAID), but experts are betting otherwise.

How the mobile attribution industry is responding

Mobile attribution companies have chimed in across the ecosystem, and with mixed reactions. Across the board, one thing is clear: everyone wants more clarity from Apple on exactly how mobile marketing will work in iOS 14.

Here are some of the major industry players and their responses:

There’s a lot of noise out there about what this really means for mobile marketing. If you assume that only Apple really knows, then it’s time to take a look at SKAdNetwork, Apple’s proposed solution.

SKAdNetwork is an iOS install attribution API originally released in 2018 and updated for iOS 14. According to Apple’s developer site:

What this means in a nutshell: Apple has decided to facilitate the attribution process at the operating system level to ensure that consumer privacy is protected to its standards. And in doing so, the company is eliminating most of the granularity that mobile marketers have come to expect in their data. (Singular has a good breakdown of it here.)

At least, that’s what people think. Right now, there are still more questions than answers when it comes to iOS 14, SKAdNetwork, and the future of marketing on Apple devices.

What mobile marketers should do now

If you’re an advertiser who uses a mobile measurement partner, you’re in good hands. Across the board, MMPs are aware of the potential and wide-ranging effects iOS 14 will have on mobile marketing, and they’re working to address that new reality ahead of the September 2020 release. Adjust, for example, has already suggested a solution that uses an “attribution hash,” and Singular has announced SKAdNetwork support. However they end up doing it, MMPs are still working to provide well-attributed data.

Right now, the best defence is a strong offence. Make sure your tracking methods and solutions are solid across the board. Work closely with your MMPs, partner management platforms, and other partners to communicate steps you’re taking to prepare. And keep up with the news, both from Apple and experts in the industry. Because until Apple releases more information, this is about all you can do. Time to hurry up and wait.

If you have questions about working with MMPs or want to know how the TUNE platform can help protect your campaigns with future-proof tracking, drop us a line at sales@tune.com or check us out at tune.com.