Rob Davinson, content analyst at Awin, reflects on the recent Facebook Advertising Boycott and why brands are more in control of advertising through affiliate marketing. 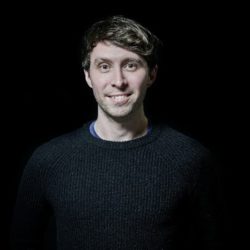 Recently I tuned into a virtual keynote interview with Mary ‘Queen of Shops’ Portas. For those outside the UK, Mary’s something of an icon within the fashion and retail industry there. Her hugely successful career in the sector has involved everything from working for and consulting some of the biggest retail brands, hosting television shows focused on rejuvenating high street shops across the country, and even leading a government review into the future of Britain’s high streets and how to breathe life back into them.

So she was well positioned to provide some interesting views on how retail has transformed over the course of the lockdown and what we might expect in the coming months and years.

Sure enough, she described her belief that we are now entering a new phase in the shopping cycle that she labels the ‘Kindness Economy’. It’s a concept she’s discussed before, most notably in a TED Talk she gave in London at the start of the year. In it, she explains her belief that people (she emphasises that we do not reduce everyone to being just ‘consumers’) are increasingly taking into account the moral values of a brand when choosing who to buy from.

This represents a significant departure from previous eras. Where previously a brand’s products were the chief signifier of your status (you were what you wore), now the brand’s values are the signifier. Who you buy from matters in what it says about your politics. “Every £1 is a vote, a vote for how we want to live”, she explained.

It struck me while listening to Mary describe this philosophy, that it’s one currently playing out across the advertising industry amid the #StopHateForProfit Facebook boycott. At the time of writing, over 500 major brands have pulled their advertising on Facebook and Instagram including the likes of Unilever, Verizon and Reebok, as they seek to coerce the social giant into taking a more active hand in moderating the hate speech and extremist views that frequently appear on its platforms.

In doing so, these brands are taking an active political stand against Facebook’s inaction and publicly signalling their values as companies to wider society. This, it seems, is the Kindness Economy in action.

Mark Zuckerberg claims Facebook is not in the position of a traditional publisher and therefore shouldn’t be the ultimate arbiter of truth for its users. In this sense it portrays itself as providing its users with access to all of the available information so that they can make an informed decision for themselves about a topic.

But that’s a disingenuous take on how his platform works. Users’ feeds and the content that appears in them are dictated by Facebook’s algorithms and their interpretation of what each user is most interested in. In this sense it does arbitrate reality, but on a mathematically modelled basis rather than a moral one.

And, given that its success as a profitable company is based on its ad revenues (well over 90% of Facebook’s revenues derive from advertising), its business model has a clear incentive to incite more user engagement. More time spent on the platform increases the attraction of advertising there.

Unfortunately, on a platform where success is measured in terms of attention, it’s the most divisive and emotive content that tends to be more effective. As The Washington Post recently put it, “outrage is built into Facebook’s ability to profit.”

Neglecting the nuances of context and control

Similarly, it has been the company’s algorithms placing ads against this content that have provoked many brands to question their presence on the platform.

In this respect, advertisers are suffering in two senses. Not only are they funding the continued success of Facebook by investing in the platform’s outrage-based ad model, but they are also having their brand name and ads automatically placed in contexts that are disreputable and damaging to their public perception.

Boiling this dilemma down, it seems to be fundamentally one about control.

First, Facebook’s decision to not control the content it amplifies to its massive global audience, and second, advertisers’ inability to control precisely where their ads are placed. This latter point is particularly ironic. After all, Facebook offers almost unparalleled precision in terms of individual ad targeting, but a lack of nuance when understanding the wider contexts of ad placement that are of at least equal importance from a brand safety perspective.

This is not a problem that is exclusive to Facebook. Every major social media platform with its own automated ad model faces similar issues which is why some brands have taken the decision to temporarily cut ad spend on them entirely.

Where might such advertisers be better off investing that spend? It comes as no surprise that I’d advocate for our own channel. But for legitimate reasons. If the fundamental issue is one of control then affiliate partnerships are a far more attractive proposition. Here is a mode of marketing that places you, as the brand, in ultimate control.

You choose who can promote you and how those partners go about it. You dictate how that partner is rewarded for their efforts in promoting you. You decide if the actions they generate for you are worthy of reward. And all of these facets are adaptable to your objectives, whatever they might be.

That ability to configure your partnerships and how they operate naturally insulates you from the concerns that the current boycott is raising awareness of. Affiliate marketing might not offer the same scale in terms of audience reach that a Facebook, Instagram or YouTube might offer, or even the same level of precision in terms of targeting individual online users. But it does offer something that every brand in the world right now appears to increasingly value in this new economy of kindness; control.

The Facebook boycott raises big issues about social media platforms that are complicated. It’s an oversimplification to say these spaces are only filled with vitriol and hate and don’t perform a valuable function in terms of free speech.

The video postings of George Floyd’s death to social media brought the attention of millions around the world to the tragedy and may yet contribute to long-term positive social change. But the scale and reach of these platforms is also something of a Pandora’s Box. For advertisers participating in the boycott, their participation is not just a political statement but also a chance for them to reassert some control over their marketing.