Tackling Ad Fraud in a COVID-19 Era and Beyond

Investment in the right technology underpinned by human expertise, as well as a commitment to fight for transparency, is the core way to ensure the industry remains ahead of those who wish to harm it. 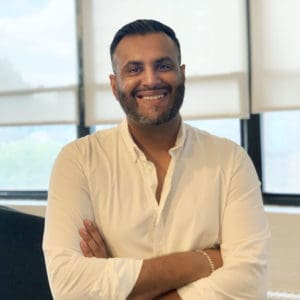 COVID-19 has changed many things but the need for advertisers to focus on brand safety, fraud and viewability hasn’t wavered.

While certain industries have come to a standstill this hasn’t deterred fraudsters from exploiting digital content—or fake news flooding headlines. In fact, with people stuck at home with little else to do other than watch Netflix or scroll through their social media feeds, this is a prime opportunity for bad actors to pounce.

The good news is that consumer adoption of OTT platforms including Connected TV (CTV) has exploded during the pandemic—boosting video streaming consumption by nearly 40%. And more than a third of advertisers have adjusted their in-market tactics as a result of the virus, with 35% increasing CTV investments, according to the IAB.

However, as advertisers continue to navigate COVID-19 — shifting budgets to CTV — the need to understand performance across the medium is more important than ever.

Fraud, after all, always follows the money.

The scale of digital ad fraud

Ad fraud is one of the biggest issues facing marketers and the advertising industry. By 2025 online ad fraud will become the second-largest source of criminal income in the world, according to The World Federation of Advertisers.

But as COVID-19 has compelled many marketers to shift their advertising focus and change media strategy, it has also provided a window of opportunity for cybercriminals. This window has been created due to advertisers’ inability to update their ad performance monitoring to keep pace with rapidly changing advertising tactics.

Two common forms of digital ad fraud that advertisers need to be aware of include app fraud and bot fraud.

App fraud can take the form of app spoofing—where a fraudulent app disguises itself as a premium app. It can also manifest itself in hidden ads running in an app—where ads are so small they’re non viewable. Both forms of app fraud can catch marketers out, diminishing ad performance and return on media spend.

Bot fraud is also a repeat offender. It occurs when impressions are served to a fraudulent non-human requestor. These bots can mimic legitimate human web traffic and ad interactions to generate additional web page impressions, or even clicks on digital ads. While bot fraud has been relatively easy to identify previously, cybercriminals are constantly iterating new techniques that create sophisticated bots that mimic real human activity.

Scammers will always look for new ways to steal, but innovation is not the only problem. One of the biggest blocks in uncovering digital ad fraud is a lack of consistent visibility and transparency into ad placement. This is corroding the trust and confidence in an ad-supported internet, which has serious implications for the longevity and health of our industry.

While there’s a wealth of advice for combating fraud, the bottom line is that it won’t improve unless we all understand what we’re up against. And for that to happen,advertisers, publishers, and ad technology providers must collectively embrace transparency.

CTV has shown promise previously but the pandemic has catapulted it into the spotlight. Who isn’t binge-watching box sets? However, many marketers are starting to realise that the efficacy of their media spend is under siege.

This year we’ve seen ‘Icebucket’ dig its claws deep into the supply chain for CTV ads. The criminal operation has counterfeited more than 300 different publishers and spoofed two million IP addresses from over 30 countries to date. At its peak, Icebucket data accounted for nearly 28% of total programmatic CTV traffic—around 1.9 billion ad requests per day.

Similar to ad fraud across other mediums, part of the reason spoofing is spreading across CTV is because fraudsters’ techniques are growing in sophistication. Relatively simple spoofing of ad clicks has now evolved into more complex techniques—from Server-side Ad Insertion (SSAI) abuse to domain spoofing.

But it’s the lack of CTV app identification standards and a shared technical solution for viewability measurements that makes CTV such fertile ground for fraud.

For example, one CTV app can have five or more different IDs, as today, manufacturers, app developers and SSPs all generate their own CTV app IDs. With no standard ID to transact on, or measure against, CTV advertisers have limited visibility as to where their ads run and what ad impressions are invalid. This affects advertisers’ ability to target effectively or ensure their brand’s safety, not just prevent fraud.

Ad fraud on CTV is also exacerbated by the fact many advertisers believe that it is a fraud-free environment. To be clear, CTV plays by very different rules than linear TV. And due to its very appealing CPMs, it’s a primary target for digital ad fraud.

Artificial intelligence (AI) allies in the fight against fraud

Clearly, digital ad fraud is a growing issue that we need to tackle. Advertisers need clarity and confidence in their digital investments regardless of platform, channel or format.

But there is a solution. Advances in AI, combined with human expertise, can help tackle digital ad fraud and give marketers the clarity and confidence they need in their ad buys, not to mention more bang for their buck. A combination of constant analysis, scenario management, and technical research are all key to staying one step ahead of the latest types of digital ad fraud, whether across social media apps or CTV. Once threats are identified, a variety of approaches can be implemented—from AI, machine learning and manual review—to neutralise risks before media spend is squandered.

In the wake of COVID-19, when the industry is already fragile, we have to meet the threat of digital ad fraud head-on. To avoid financial and reputational damage, businesses should take a leaf from the fraudsters’ play-book and focus on the technology.

Investment in the right technology underpinned by human expertise, as well as a commitment to fight for transparency, is the core way to ensure the industry remains ahead of those who wish to harm it.

Once that’s achieved, marketers can focus on what they do best: building great brands, engaging with their consumers, and serving fantastic content.

Tanzil is DoubleVerify's Managing Director for EMEA, based out of the company’s London office where he is responsible for building DV’s relationships with brands, agencies and media platforms across Europe. With over 20 years of experience within the media industry, expanding ad tech across the EMEA region and building global partnerships, Tanzil brings experience and expertise in digital marketing strategy and transformation, process automation, partnership development and product commercialisation to the DoubleVerify EMEA team.