Here are a few of the big challenges in mobile affiliate, why they matter, and one big reason why the industry should fix them. 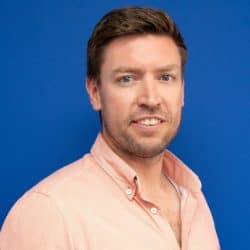 For the affiliate world, that’s what mobile is today: a channel of a thousand edge cases, especially in the app context. From the tech perspective, getting from a publisher’s app to a brand’s app involves factoring in countless variables, including operating system intricacies, device intricacies, whether the user has the brand app installed, and what to do when they don’t. Inevitably, things break, and that’s bad for everyone.

In contrast, desktop affiliate is absurdly more simple: The user clicks on a publisher link in one browser tab and is directed to the brand’s website in another browser tab.

The problem is that desktop isn’t the future – mobile is. Because of this, the affiliate industry needs to take the issues that are holding mobile back seriously and layout real solutions to solve them.

Here are a few of the big challenges, why they matter, and one big reason why the industry should fix them.

Brands are missing out on a powerful app acquisition channel

For brands, app installs are hard to come by, and quality app installs are even harder. In 2018, AppsFlyer forecasted that spending on app installs would increase to $64 billion this year, up from $27 billion just three years ago. Brands everywhere recognize the value of app users and are competing with each other to acquire them. The install-to-purchase rate has nearly doubled since 2017, according to data from Adjust and Liftoff.

The affiliate channel is in a good position to offer brands another way to acquire quality, high-intent users. Last year, for example, based on Button platform data, we saw that 36.4% of people who installed an app also made a purchase (8.5% of people made a purchase directly after installing.)

The reason that installs from the affiliate channel perform so much better than any other channel is because there’s an install added to the purchase path, rather than pushing an install on its own.

The bottom line is, if we can turn the affiliate channel into an app install channel, it opens up access to millions of high-intent installers.

Broken links: You can’t get paid for what you can’t track

For brands and publishers, broken links are bad business.

Unfortunately, broken links are common on mobile, particularly, when users move from mobile web to mobile apps, and vice-versa.

Why does that matter? Because when links break, so does attribution, which is bad for both brands and publishers. Brand marketers don’t know which publishers are their strongest performing partners (and can’t trace the entire user journey), and publishers don’t get properly compensated for the sales they drive.

There are big knock-on effects for users as well. If a user clicks a cashback offer and doesn’t get credit for their purchase, then that’s bad user experience. Moreover, it means that publishers have to deal with complaints from users upset that they haven’t gotten their cashback.

Speaking of bad user experiences, here’s another one.

When given the chance, mobile users would much rather transact in a brand’s app than on a brand’s website. We know this from the data. During last year’s holiday season, for example, users across Button’s platform were twice as likely to convert in apps than on the mobile web and represented over 75% of total orders.

Yet, despite that, when users click on a brand’s affiliate link in a publisher app, they’re more likely to be sent to the brand’s mobile website, not their app. This is true even if the user already has the brand’s app installed on their phone. Why is that bad? Because it results in a lower conversion rate and a lower lifetime value.

More fundamentally, this is just bad user experience, and it should be the opposite of what brands want for their most loyal users

I promised I would give you a reason why these are problems we need to fix. Well, here it is – Money.

Through poor user experience and untracked sales, the affiliate channel is leaving millions of pounds on the table every single day. The longer you go without fixing it, the more money you lose. This is a challenge every brand, publisher, and network should be invested in fixing.

Rob Berrisford is the managing director of Europe at Button, the mobile commerce optimisation platform that enables companies to drive revenue through commerce in their mobile apps and websites. Rob was Button's first UK employee and heads up Button's European operations in addition to powering the company's European partnership strategy with the world's biggest mobile commerce companies. With 15 years of experience in online partnerships, Rob has helped to accelerate growth for Button in Europe over the past three years.