Brexit and the Repercussions on Digital Marketing

While the details of Brexit are yet to be worked out, some impact may well be felt due to varying amounts of uncertainty as businesses begin making moves that hedge their bets on what the repercussions on the digital marketing industry might be. 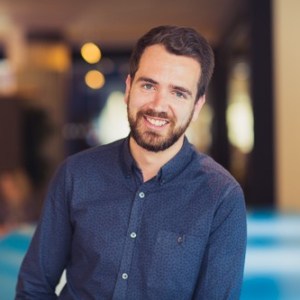 “It depends” would be a simple and pretty accurate summary of the possible repercussions of Brexit on the digital marketing industry. It’s also a bit of a cop-out. Had I written this a year ago, or even last summer it would have been fair. The spectrum of repercussions ranged from complete apocalypse to anarchy and the impact on our industry was the least of our worries. Having now left the EU and with the prospect of a no-deal Brexit slowly fading, it’s easy to imagine that the repercussions will be more nuanced. Complexity over catastrophe. Let’s consider the areas that great digital marketing hinges on and the likely repercussions no matter whether parity is achieved in every line of negotiation, or not.

Data is a company’s single biggest asset. Effective digital marketing relies on good data. The more you understand your customers, the more accurately you can meet their needs and desires. Data-driven marketing. Personalisation. Automation. They are all enabled by a consistent data set. A brand’s ability to build this consistent data set is driven by the laws that govern the passing of customer data between different markets. Put simply, if we don’t agree a level of parity with GDPR, then things could get messy. All signs so far say we will. This alignment of regulation may make things more complicated, but it won’t make tracking impossible.

Instead, what is likely to change is the UK’s place in the data economy. Whilst the UK represents only 3% of global GDP, it makes up 11.5% of global cross-border data transfer. The UK is an integral part of the digital infrastructure of many companies. Hosting companies provide services from the UK. Tech companies such as Google have their server farms located here. No matter what happens over the next 10 months, the possibility of increased complexity and a lack of confidence in the UK’s position at the centre of the European data economy will be making some companies question whether they should be considering moving services into an EU market.

Indeed, Google recently announced that they would move the data and user accounts of its British users from their current home in Ireland to the US, as a result of Brexit. The rationale is that while Ireland is governed by the EU’s GDPR legislation, it is not clear whether the UK will retain the legislation, or adopt other rules that govern data protection in a different way. This uncertainty and potential complexity is what has led to the movement of user data and it is likely that other holders of significant volumes of user data (i.e. Facebook) will follow suit before too long.

Digital marketing is driven by great talent, who have a deep technical knowledge of their specific field. Finding good people is hard. It’s particularly hard in digital, due to the relative newness of the field in comparison to the need for digital expertise in every business around the globe. As it gets harder to find talent, we have also seen a growing trend in the number of businesses wanting to centralise their global marketing activity to drive efficiency and brand consistency. These two trends mean agencies and clients need to hire hubs of multi-cultural talent in markets such as the UK.

Whilst the fine details haven’t been worked out, Brexit has already had an impact on people’s perception of how open the UK is to people relocating for work. While perception is not necessarily always reality, Europeans are looking at the idea of moving to the UK with increasing scepticism and moving here for work will become mush less enticing than it has been previously, making building multicultural client hubs in the UK a much bigger challenge. While the counter argument is usually that it may make it easier for non-EU nationals to move to the UK, for an agency or client this is much less relevant. When the UK is working as a hub, it’s much more frequently for EMEA markets, rather than APAC, which defines the talent requirement.

What does all of this mean for digital advertising?

When it comes to data, some workarounds or additional complexities may be added through new data regulation. However, you will almost certainly be able to build data on your customers across markets and regions. You can expect changes in the vein of tweaks to your privacy policy or the way you get consent to gather data, rather than anything more significant.

Additionally, a potential lack of confidence in the UK will mean data infrastructure services may move elsewhere. The good news is that this won’t directly impact the majority of UK companies. In fact, you may not even notice. It will, however, have a knock-on effect on the UK’s importance as a market for tech. The UK was typically seen as the priority market to launch new services after the US. The potential lack of confidence and the added complexity caused by regulation will mean the UK gets access to new features and betas after the US and the EU markets. Possibly alongside markets such as Australia.

On talent, a centralised model may not be able to rely solely on having everyone in one physical location. In the future brands and agencies will have to be increasingly open to distributed ways of working. This will mean we will see a rise in the number of people remote working. Not just the occasional day but working 100% remotely, as the ongoing need for centralised operational efficiency comes up against the reduced physical mobility of employees. This is likely to start with specific teams and sub-teams, but will rapidly become the norm as wider operational efficiencies for agencies are realised.

It’s often said of the stock market that the market hates uncertainty more than anything else, and this statement is especially true when it comes to the complex interconnected areas of business and society. So while the details of Brexit are yet to be worked out, some kind of impact may well be felt due to varying amounts of uncertainty as businesses begin making moves that hedge their bets on what the outcomes might be, especially after the transition period ends at the end of 2020.

Tom is Managing Partner at Performics - The original Performance Marketing Agency. He has 10 years’ experience in agencies and 15 years of total experience in digital. In his current role as Managing Partner, he leads the Strategy team at Performics and has overall responsibility for the agency's strategic approach and proposition in the UK. Since starting his digital journey during his school years, building websites and experimenting with different forms of search marketing, Tom has become a true cross-channel expert, with hands-on experience in all aspects of digital. Tom has previously worked as a consultant and full-time affiliate marketer. He then moved agency-side working Guava, NetBooster before starting a position as Head of SEO at Zenith. The colliding worlds of Performance and Brand Marketing are a topic Tom is particularly passionate about. He enjoys helping brands transform their approach to each and the way they do business to react to this.