Google Chrome Is Killing Cookie Tracking. Is it the End of Online Advertising? 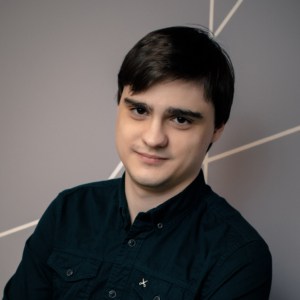 Google Chrome developers are changing the rules for tracking user actions in ad networks. Starting from February 4, the browser will block the cookies that don’t have parameters for confirming security. And since 2022, tracking user’s actions and their movement between websites via cookies will be completely banned in Google Chrome. As a result, advertisers will not be able to display personalized ads on various websites. You can find more details here.

Other popular Chromium browsers, Mozilla Firefox and Microsoft Edge developers will apparently join this initiative as well. This means that 2 years from now advertisers and advertising networks will no longer be able to track individuals across the web via cookies in any popular browser.

How Google Chrome changes will affect the online advertising market

Website owners who collaborate with advertising networks and generate income from integration may lose some of their revenue. This will force online sites to give more thought to increased promotion through native advertising, as well as to seek new sources of profit.

Advertising networks may suffer more from the new Google Chrome policy. Disabling cookie tracking can affect the accuracy of ad targeting and its reach.

In the United States, advertisers have already expressed their disagreement with the Google Chrome solution and asked to postpone the ban on cookie tracking until 2022 until a new solution is developed.

“Google’s decision to block third-party cookies in Chrome could have major competitive impacts for digital businesses, consumer services, and technological innovation. It would threaten to substantially disrupt much of the infrastructure of today’s internet without providing any viable alternative, and it may choke off the economic oxygen from advertising that startups and emerging companies need to survive” — declared the representatives of ANA (Association of National Advertisers) and 4A’s (American Association of Advertising Agencies) in a joint statement.

European companies are also seeking new ways of non-cookie tracking, for instance, creating a single User ID for the sites of various groups. For example, several large publishers and over 20 sites are already participating in the European NET ID project, a framework that allows users to switch between multiple sites without providing the username and password every time.

How affiliate networks are preparing for Google’s new rules on cookie tracking.

Admitad development team, for instance, is working to make sure that the solutions keep up with the current trends in privacy policies and security of user data (for example, not to store any personalized data). The affiliates expect Admitad’s technology to run without a hitch.

Unlike other advertising channels, CPA has a large number of traffic types, only some of which rely on cookies (for example, contextual or media buying advertising). Therefore, affiliate network solutions (including those by Admitad) are less vulnerable to Google innovations. At Admitad their own developments are used to create first-party cookies that are not subject to blocking by Google Chrome.

Besides, important is to keep track of any policy changes from major online services and make appropriate changes to the proprietary solutions. For example, in the new version of Admitad TagTag tracking code, cookies with the <click id> value (a unique transaction identifier) receive properties SameSite=None and Secure.

Unlike other advertising models, CPA uses other types of tracking that do not rely on cookies:

Changes in the policies of online platforms make the CPA model even more effective for both advertisers and brands — they pay for the result they want and choose types of traffic.

The issue of working without tracking by cookies now worries many marketers and owners of online platforms. As we can see, there are several possible scenarios:

Yurii Piatkov is the UK Country Manager at Admitad – a global network of cost-per-action affiliate programs. Yurii is responsible for the development of the UK region making sure that both publishers and advertisers actively grow and yield the expected results. Yurii is a result-driven professional, highly experienced in affiliate marketing tools & techniques and passionate about finding new ways of building win-win business relationships.