The Festivities are Well and Truly Over for Facebook and Google

The CMA has found Facebook and Google to be overly dominant digital platforms and is looking at new rules to rein them in and boost competition. 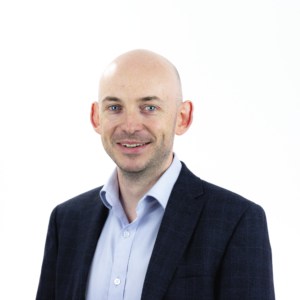 Whilst we were all eating mince pies, the Competition and Markets Authority (CMA) published its interim report into digital platforms on the 18th December, and for Google and Facebook, it seems the party is coming to a close. Or, at the very least, the regulators are doing their equivalent of turning up the lights and playing a slow dirge number. Whilst these are only initial findings, and a long way from being made law, they give a pretty good indication of how the UK could reign in the market power of the digital duopoly if the political will is there.

From the outset, the report recognises that for Google and Facebook, the ‘evidence is consistent with the exploitation of market power’. The CMA has also concluded that the programmatic advertising market is riddled with conflicts of interest; of particular concern is Google’s role as DSP, SSP and inventory source, whilst maintaining a 90% market share with its ad server.

So what are they going to do about it?

Rather than impose a big fine (à la EU) or break up the digital duopoly completely (Elizabeth Warren), the CMA has opted to pursue more targeted measures to boost competition and protect customers.
Shaking up search

Key interventions the CMA are looking at include supporting competition in search by forcing Google to share query data and click data with rivals and restricting their ability to be the default search engine on devices and browsers. This could radically alter the search landscape at a stroke, helping search rivals to improve their algorithms and increase their reach.

The regulator is also looking at ways to make Facebook interoperable with its rivals – enforcing data portability and certain API access would reduce the market power they derive from the strong network effects that apply to their business model. This could help smaller social networks to benefit from the large user base of Facebook and allow users to post and view content across multiple networks at the same time.

Shining a light on programmatic

The CMA is also looking at separating the ad server formerly known as DoubleClick from Google’s core business. As they acknowledge, this would be a ‘highly interventionist remedy’ and reading between the lines, this measure seems to be dependent on rallying regulators in other markets to their cause.

The report proposes shining a light into walled gardens with new rules to ensure platforms allow verification and attribution to stop Facebook and Google marking their own homework. This will be combined with increased transparency in programmatic advertising auctions. These measures could clean up some of the darker corners of our industry and help advertisers understand how much they are paying to whom and what they are getting in return.

What does this mean for advertisers and agencies?

Effective reform could result in more transparency and competition in the industry, resulting in lower prices for advertisers. Giving competitors to Facebook and Google a leg up would be welcomed by agencies, especially if it can increase their bargaining power relative to the digital duopoly.

The final report is due to be published July 2 this year and will propose recommendations to the government for regulatory reform.

For Facebook and Google, these proposed regulations are likely to be about as welcome as a barman telling a media agency middle manager that the tab has run dry. Some onlookers would say it feels about time they were told to sober up, tone it down and maybe even buy everyone else a round.

Frank Walter is a Business Director at Publicis Media. He focuses on digital media, data and performance for Zenith. Frank has worked at Publicis for 8 years across a range of Financial Services clients.