Why CES Shouldn’t Be Overlooked by Digital Marketers

Although an event on consumer tech, Incubeta UK CEO Luke Judge provides some vital insight into why this year's CES shouldn't be overlooked by digital marketers as they look to further enhance their performance strategies. 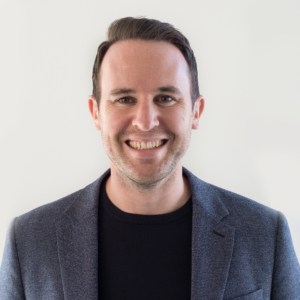 There’s an elephant in the room and it’s asking why does someone in digital marketing need to attend a consumer electronics show, CES?

It’s filled with headline product launches and new concepts designed to build hype around next-generation technology, from roll-up TVs ,5G mobiles, smartwatches, robots, wearables and even flying cars – but is it actually business worthy for a digital marketing executive?

The truth is all of that can be viewed very well online, at a fraction of the cost of three nights in Las Vegas.

Yet the real insight lies outside the main convention halls in the C-Space area, where hundreds of well-crafted sessions are aimed specifically at the marketing and advertising industry.

The talk of the town was the California Consumer Protection Act (CCPA), the GDPR-like regulation introduced in California on New Year’s Day.

Almost no panel or speech passed without mention of CCPA. I learnt that few businesses are prepared for its enactment later this year; that it differs notably to GDPR by being opt-out rather than opt-in; and that other states are following with local nuances. Federal legislation may soon be on the cards.

It’s an indication of a growing acceptance that the digital ecosystem will change almost beyond recognition. The cookie will crumble – third party data will take a hit  – and we must all focus on the quality and robustness of first-party data as a matter of urgency.

In fact, just days after CES, Google announced it was to phase out all third party cookies from Chrome within the next two years. The clock is ticking.

With this change will come a consequential shift towards context, relevancy and creative quality. Will this be powered by artificial intelligence? Google, demonstrating Tensorflow to customise ads towards the on-site context in real-time, seems to think so.

Compliance costs will rise: it will be incumbent on advertisers to seek out partners with robust legislature knowledge and processes, who can be relied upon to protect their clients from punitive fines and painful PR emergencies.

The interplay between data, creativity and technology will matter more

Elsewhere, the intersection between data, creativity and technology was clear to see. Yet only through integrating each within each other can marketers deliver on the promise of holistic, contextual and bespoke marketing communication which delivers on business objectives.

The rise of eSports, gaming and iGaming shows no signs of abating, nor do the new(er) social platforms such as TikTok – marketers take note: these are where your audiences are increasingly residing.

Meanwhile, expect to see the number of video streaming platforms increase significantly. We’ve already seen the likes of Disney+ and AppleTV+ enter the space recently, and the reported success of the former will be encouraging for the sector at large. According to CNBC however, the real opportunity lies in the ad-funded model for video streaming, as people begin to suffer from subscription fatigue.

An early indication of this came last year when Hulu lowered the price of its ad-supported streaming plan by $2 from $7.99 a month, whilst simultaneously raising the price of its ad-free offering. It also expanded its subscription base after partnering with music-streaming giant Spotify – such bundling may also become more common as subscribers seek out value. The launch of CNBC’s ad-funded platform, Peacock, will be watched closely to see if the model can sustain itself long-term.

Big tent advertising events in 2020 will drive up CPMs

With the Olympics being held in one of the world’s technologies hotspots this year, the talk was of the impact that Tokyo 2020 will have in terms of the opportunities it presents and the new ad and content formats coverage of it will enable. Will this be the first connected Olympic Games? It’s certainly going to be the first 5G one.

Advertisers and publishers are excited by the prospect of highly engaged audiences, and an explosion in quality content to advertise alongside. Keep a close eye on those CPMs, is the cautious message heard whispered in the corridors of CES’s C-Space.

The concern about inflated CPMs will continue into the winter with the expected impact of the US election inflating advertising costs. There is considerable significance already attached to the need to secure “up-front” media deals in order to lock in fixed prices.

Consumer technology-wise, I’m convinced that there are areas that will confound the critics in the long-run. VR technology will morph from being clunky and invasive, into sleek wrap-around eye-wear, powered by your next-generation mobile– the interplay between real-world to virtual-world will become much more seamless.

This will mean big opportunities beyond the gaming industry to also innovation in the broader entertainment, travel, and retail sectors. The recent ‘Westfield How We Shop: The Next Decade’ report indicates that consumers will expect retail to become much more experiential in the next decade, and I believe VR/AR technologies will form a key part of that future. AR will finally deliver on the early promise that Google Glasses couldn’t, and I expect to see it play a significant role in commercial and industrial application, rather than for consumers.

The technologies (already) changing the nature of business – forever

Artificial intelligence and quantum computing will change the nature of business forever, with the ability to crunch ever greater quantities of datum at inconceivable speeds. This tech won’t be limited to the biggest corporations: businesses of any size will increasingly be able to benefit from the AI-powered products and services that the likes of Google launch.

Finally, CES 2020 makes it clear that the real benefits will be in the increasing sophistication of such tech and the ability to integrate seamlessly. I predict the increasing prevalence of connected advertising technologies and seamless integration across technology, media, and creative formats will enable businesses to thrive in the years ahead, for those who are able to adapt and keep up.

There was no greater illustration of how technology is conceiving new creative form factors than the artificial tree comprising hundreds of paper-thin screens fluttering in the breeze. The future is bright, and it will see high-resolution screens everywhere. It’s an advertiser’s dream.

We’re not there yet, but the direction of travel is clear: consumers want and desire brilliant new creative formats that the technology and ideas showcased at CES can and will deliver.

Luke is the CEO of Incubeta UK and the US, comprising the award-winning media agency, NMPi; the programmatic AdTech consultancy, DQ&A; and digital creative specialist, Joystick. He has to lead the company through ambitious expansion to increase its global footprint for its digital advertising solutions, helping ambitious national and global brands to maximise their potential online. Since taking up the mantle of CEO, Luke has expanded the brand to an additional 12 offices in nine markets and introduced new analytics, SEO, DCX, and creative propositions to the company's solution offerings. Prior to the Incubeta role, Luke has long been a member of the NMPi team, joining what was then called Net Media Planet in 2008 as International Business Development Manager. He quickly established himself as an integral part of the company’s early success. After 4 years of growth within the company, Luke took on the role of Sales and Marketing Director, where he proved pivotal in scaling and accelerating the business.