What Brexit Can Teach Brands About In-Housing

Martin Kelly, CEO and co-founder of Infectious Media, uses Brexit as an analogy to discuss the issue of in-housing, and explain why in certain scenarios neither in nor out is the right option. 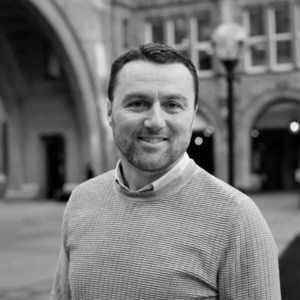 “In or out?” Is a question that has been plaguing British politics for the last three years, ever since the EU referendum essentially carved the country right down the centre. With a general election on the cards next month, that question lingers over every smear campaign and every major political gaffe like a ruinous cloud and with no clear picture yet of when, how or even if we’ll leave, there’s no way of knowing how we will all be affected.

One thing that Brexit has served to highlight, however, is the betrayal felt by those on both sides of the aisle. With emotions running high, individuals are liable to make big decisions without always thinking through or fully understanding the consequences.

This is also true of the ad tech industry’s recent in-housing trend, as brands that have been deceived by dubious media practices decide to sever ties completely with agencies and bring operations in-house. This is an emotional response that draws certain parallels with Brexit and will no doubt result in the same juxtaposed opinions: Some advocating the concept of “taking back control” of programmatic advertising and first-party data, and others decrying the idea of going it alone. The reality pulls a little from both sides of the argument.

The truth about programmatic

Historically, programmatic was handled almost exclusively by media agencies, but that trend is being put to bed. In the APAC region, 60% of marketers already have dedicated programmatic talent in-house, whilst an admittedly overblown study by the IAB reported that 88% of brands in the UK had moved their programmatic ad buying in-house either partially or fully. When asked why, these businesses often cite increased cost pressure, a desire for greater transparency and to have more control over their data as primary reasons.

But getting programmatic right is complicated and marketers don’t know what they don’t know, so after casting agencies aside they are bound to struggle with the new workload. Just as the UK may take a significant economic hit post-Brexit as businesses begin to realise how much they depend on something they’d been taking for granted for decades, any brand bringing programmatic in-house is going to have a rude awakening if they’re not properly prepared.

This is the hard lesson that games publisher Electronic Arts learnt when the former poster-child for in-housing was forced back to its agency partners earlier this year. But did EA only fail because it opted for a ‘hard Brexit’, so to speak? Would the softer and more successful approach be to take a more cautious and measured approach to bring programmatic in-house? Would that have helped them to circumvent the ‘leave hysteria’ that followed their decision to break apart from their valuable partners and go it alone?

The motivations for in-housing are understandable, but the concept is one thing and the reality another entirely. Many brands are waking up to the complex challenge it poses, with so many layers of integrated tech and skills to negotiate. We liken it to a Rubik’s Cube, with 20 moving pieces of varying complexity, each affecting one another. It’s a messy maze that it’s all too easy to get lost in without a roadmap and someone to ‘fill in the gaps’.

But who can help? Our “Cracking the In-House Rubik’s Cube” white paper goes into more detail but in our Brexit analogy, we are talking about the consultants brought in to help steady the ship as it’s leaving the harbour – the ‘experts’ that will help brands find a sensible implementation of in-housing, so as not to cause too much internal disruption. The idea is to equip these nascent in-house teams with the right questions, the right ideas and the right options, but also the right structure and the right skills. This is achieved via collaboration – between internal teams and external experts who have the resources and the knowledge to help brands better manage their in-house operations and figure out the programmatic puzzle.

It’s a move that has been described by some not as “in-housing” but as “right-housing” and if it were a Brexit strategy it would probably be a (highly unlikely) cross-party alliance. If only our politicians understood that sometimes, the right answer isn’t quite as simple as “in or out.”

Martin is the co-founder of Infectious Media, a multi-award-winning International Programmatic Agency with offices in the UK, and Singapore. Marketers are trapped in the complexity of digital advertising. As a digital media specialist, Infectious Media unburdens them by providing the control and transparency needed to create better advertising experiences for customers. They build a team around what clients need, from being their digital agency to providing in-housing consultancy and everywhere in-between.