Mario Diez of Peer39 explains why in a cookie-less universe, contextual advertising will take centre stage, as publishers and advertisers seek an alternative solution that provides both effective ad targeting and placement quality. 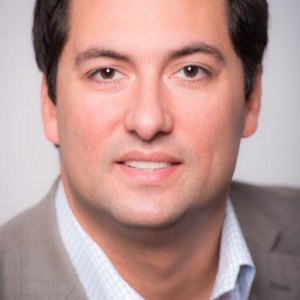 The beleaguered third-party cookie, already metaphorically on the ropes, has faced a series of knockout blows in recent months.

In June, the programmatic advertising industry came in for strong criticism from data regulator the Information Commissioner’s Office (ICO). Focusing on real-time bidding (RTB), the ICO cited “systematic concerns” about data practices: especially broad reliance on legitimate interest for collecting and processing personal data to build profiles, when players should be following cookie-specific ePrivacy stipulations and seeking consent. But the review wasn’t a formal declaration of illegality.

If there was any remaining hope for cookies after the ICO report, it seems to have vanished following the latest ruling from the European Court of Justice.

The ruling that pre-ticked cookie boxes are not a legal way of gaining consent makes it official: there is no more wiggle room. To adhere with data legislation, active consent is vital — and as that will be difficult to obtain for vast segments containing millions of individuals, third-party cookies may finally be out for the count.

An alternative is needed and contextual targeting might just offer the ideal replacement.

Discussions about imminent cookie death have rumbled on since the first ‘cookie law’ came into force, but initiatives have escalated recently. Last year, Facebook announced it would stop third-party data access to advertisers. In the past few months, Apple’s Intelligent Tracking Prevention 2.2 (ITP) has clamped down on workarounds such as recording third-party cookies as first-party, as have updates to Enhanced Tracking Protection (ETP) for Firefox. That’s not to mention Twitter’s halt on third-party integrations and Google’s decision to allow tracker blocking in Chrome.

Added to calls for improved consent management from the ICO and legal condemnation of auto-opt informs, it’s clear significant and widespread change is coming. While at first, the privacy drive largely impacted companies dependent on gathering and providing data, its reach has expanded across the digital media space; covering advertisers, marketers, and publishers. With high-level pressure for greater compliance and cookie loopholes closing off, buyers and sellers must find a means of efficiently enhancing online ad relevance.

The pivot away from cookies presents an opportunity for contextual advertising to step back into the spotlight. Once the dominant method of optimising ad resonance, context-based messaging used to be the way in which an advertiser bought their target audience, essentially acting as a proxy for that audience. With the advent of the ad exchange, it made it viable to separate out the audience from the media, allowing target audiences to be reached regardless of context or the implied third-party endorsement of a publisher. Now, contextual targeting as it stands is one of the most relevant options for maximising ad impact, compliantly.

The most obvious benefit is the lack of dependence on personal data. Because ads are matched to their environment, not consumer history, there is no reliance on insight about individuals; and therefore no necessity for cookies and the data privacy issues they bring. But it’s also worth noting that ads may have a better chance of hitting the right real-time mark. By tying in with the content users are currently consuming — instead of past site visits or purchases recorded in targeting profiles — contextual ads can be more likely to spark in-the-moment interest than their behaviour-centric counterparts.

A new spin on a classic

Reverting to an established advertising approach doesn’t have to mean a return to old-fashioned blanket messaging. Over the last few years, contextual tools have evolved to offer higher granularity and align ads to content with precision. Moving far beyond broad keywords, the most advanced platforms harness semantic technology to assess digital content at URL level: evaluating each word on the page to understand its true meaning. For instance, this might include detecting subtle changes that basic keyword assessment often misses, such as the difference between a jaguar – the big cat – and Jaguar, the luxury automotive brand.

Using this in-depth understanding, semantic classification engines can then efficiently and consistently sort digital content into varied categories — which means buyers and sellers can still target and trade online media at speed, and scale. Sophisticated tools also enable advertisers to add extra layers of taxonomy and further refine targeting. For example, a confection brand aiming to engage consumers with a specific taste for chocolate buttons could overlay the keyword ‘buttons’ onto a ‘food&beverage>recipe>chocolate’ classification.

What next for online advertising?

Of course, advertisers will still want to build their efforts around consumer behaviour; the dream of delivering tailored experiences that forge one-to-one connections is inherently linked to data-driven personalisation. As a result, there will always be an appetite for audience insight, alongside a need for web properties to work on providing GDPR-compliant data. But growing limitations on third-party cookies, consumer concern about digital privacy, and regulatory severity is fuelling a rise in emphasis on context.

An original champion for advertising media, context-based targeting has never lost its potency. It’s just as effective at tapping into consumers’ self-selected contextual preferences as ever — if not more so, thanks to semantic tech progression — and enabling publishers to unlock the full value of their content, brands, and audiences. So, while it may not be poised to entirely replace activity-centric ads, contextual messaging looks set to reprise its starring role on the digital advertising stage as cookies announce their retirement.

Mario Diez has two decades of experience leading tech startups and joined Peer39 as CEO in 2019. An expert in bringing clarity to emerging technology trends, Mario’s extensive knowledge of the digital environment, and exposure to the publishing and advertising industries, make him an authority on scaling data, contextual and semantic targeting, and brand safety. Prior to joining Peer39, Mario was President and CEO at CoFactor, a marketing and technology division of TEGNA, that united industry-leading organisations such as PointRoll, ShopLocal, BlinQMedia and KeyRing. Prior to Cofactor, Mario’s career has placed him at the centre of where technology, media, marketing, and science meet and evolve, as CEO of quadrantONE and in other senior commercial leadership roles.