Native Advertising and the Opportunities for Ad Targeting

Contextually aligned native advertisements can produce the best results by making the ads more digestible. This method doesn’t rely on cookies but focuses on showing highly relevant advertisements matched with the editorial the user is reading or the video being watched at that moment. 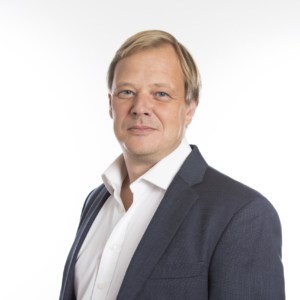 The UK’s online advertising sector is only 25 years old yet it is worth over £13bn, with digital ad spend now accounting for the majority (57%) of all UK advertising.

As the sector has matured and become a key part of UK PLC, it has increasingly come under scrutiny both here and abroad. For instance, YouTube was recently fined for £135 million by the US regulators for collecting children’s personal information without parental consent. Closer to home, the Information Commissioner’s Office (ICO) released a scathing report which questioned the legality of real-time bidding (RTB) under GDPR. ICO said the online ad ecosystem, paid “little or no consideration” to privacy, defied GDPR requirements and ignored the rules governing the transfer of data offshoring. ICO considers RTB to be a problem because consumers haven’t given informed consent to their data being used (and probably have no idea about exactly what info they’ve shared or how they’ve to shard it).

ICO gave ad tech companies six months to comply with GDPR regulation, saying that this was to protect publishers.  Even so, some parts of the sector have been slow to respond. However, with eye-watering large potential fines of €20 million or 4% of annual global turnover CMOs and performance marketers are now looking for privacy-safe advertising options.

Native to the rescue

Something that’s being looked at anew is contextual, native advertising. This is where relevant ad experiences are delivered in real-time to people depending on what they’re focusing on at that point in time. As it’s native- the ad experience seamlessly melds with the editorial style of the publication (although it is clearly marked as paid content).

Due to technological advances, digital native advertising has significantly improved. Not only can native be bought programmatically and thus at scale there’s now true contextual matching which uses machine learning and natural language processing, so no more Apple ads being served next to pieces about fruit growing.

Contextual campaigns, when compared with audience-targeted ones are more effective, delivering industry-beating engagement rates. This is because they’re directly and immediately relevant to people. For instance, the Smartology London Business School campaign outperformed all MOAT (measurement of advertising) benchmarks. Viewability was 81% (over 50% higher than the MOAT average). The campaign generated an impressive overall engagement rate of 1.03%, over twenty times the industry standard of a display ad.

This offers many advantages to brands, publishers and of course consumers. Not only are engagement rates higher, but consumers also get a better reading experience and publishers benefit from a more loyal readership and the ability to more effectively monetize their sites. And everyone benefits in the post-GDPR era from the fact that because it’s contextual, no user data is stored.

Another major challenge when using RTB on an open exchange is brand safety. Because ads served following an RTB bid can use audience segments, they can be shown where-ever these people are online. Some people have unsavoury interests and thus there’s a risk your family-friendly brand could appear on an extremists’ website. Blacklisting sites aims to stop this, yet this involves constant monitoring. According to a study from Global Disinformation Index, at least $235 million in revenue is generated annually from ads running on extremist and disinformation websites. Added to this is the well-documented problem of ad fraud, due to the fragmented, cross-border, black box driven nature of much digital advertising. The recent Cheq report said that a third of online ads are affected by fraud, costing $23bn.

Opting for native advertising where you know which titles will be showing your ads means you won’t end up in the headlines for the wrong reason.

Location matters, we know that.  A recent study by the World Media Group shows that campaigns run with quality titles outperform Moat’s benchmarked figures by between 13% and 144%. Thus clients are increasingly looking to premium media titles for better campaign effectiveness as well as the reputational halo benefits that being in a quality environment can deliver. Thus native advertising on premium media titles offers significant campaign effectiveness compared to display advertising.

Unsurprisingly native ad spend is on the up and projected to reach to $41.1 billion this year, accounting for 61% of US total digital display ad spend. CMOs don’t want to annoy their consumers and want their budgets to be invested effectively. The native approach looks like it may be the best.

Mark is the founder of Smartology and has spent over a decade developing ​cutting edge semantic technology solutions within publishing, social media and advertising. Prior to Smartology he co-founded an executive search firm where he opened the company’s first London office and helped sell the business to Alexander Mann four years later. He went on to co-found Leiki closing deals with The Financial Times, BBC and Sun Microsystems before spinning off the UK business in 2010 and re-branding as Smartology. Smartology is an associate member of World Media Group.