How Performance Marketing will be Transformed by Facebook Libra 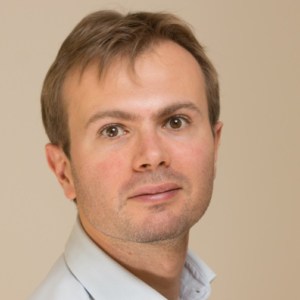 What are Libra and Calibra? Why do they matter for performance marketing?

Libra is a stable-coin because it is backed by a basket of currencies and other assets. It is administered by the Libra Association, a not-for-profit membership organization, based in Switzerland. Each member has one voting right. Facebook is one of the members, and it is expected to keep a leading role at the launch of Libra.

Calibra, on the other hand, is a subsidiary of Facebook, whose first product is a digital wallet for Libra, that will be available as a standalone app, plus as part of Facebook Messenger and WhatsApp. It will comply with KYC requirements, and financial info available to Calibra will not be transferred to Facebook to target ads.

Both Libra and Calibra are promising minimal transaction costs. Both seem to put unbanked people around the globe, and emigrants who need to remit funds back home, as their first priority. For the longer term, they aim to become a ubiquitous form of payment and micro-payments. In my opinion, Libra will change the performance marketing industry at a speed never seen before. It will create scalable growth opportunities for innovators, including the birth of an “involuntary” affiliate network to profit from and bring us legions of casual affiliates to expand our base of performing affiliates. But it can also affect the success of some of the current players in the industry. How to tell the difference between winners and losers apart? The former is already preparing for this, the latter will be in denial until it is too late for their business or career.

While Libra does not need to be connected to one specific Facebook profile, each Facebook user could get its own wallet on Libra. There is a growing consensus that sees Libra being used by Facebook to give rewards to users for certain actions, and for members of the Association to give a small cashback when their services are paid through Libra. For example, pay Spotify with Libra, get X% rebate.

It is not hard to imagine that one Libra user can write a review about a product, then post links (embedding her/his public address through a UTM) to sites, or even to individuals, selling it. If the merchant supports Libra (and/or it has the Facebook pixel installed), as soon as a purchase is done, the funds would move from the referred customer into the merchant’s Libra wallet, and a commission would be paid automatically into the affiliate/referrer account. So instant payment to the affiliate, without waiting for the next payment cycle. And negligible transaction fees for all.

Take this scenario, multiply it by the power of Instagram (“feature a product on IGS or IGTV, link to it, get paid as affiliate”), whose linking policies are decided by Facebook, and all the other apps/channels that can be connected to Libra (including Smart TV to purchase what people see as PPL while binge-watching Netflix), and we get an idea of the direction things may take.

Can all of this happen anyways, without Libra? Sure, but right now I do not see any other alternative with the same users-base, easiness to share, and stable coin value. Libra brings in one place all the pieces needed to create an “involuntary” affiliate network. The differences between being an affiliate, consumer, or seller become blurred, on a scale that no referral program has been able to achieve so far. Yes, Etsy may need to do some thinking, too. eBay already made a decision: “if you can’t beat them, join them” (as a member of the Libra Association).

Libra will create instant ways to monetize one’s traffic. And can turn Facebook into the biggest, global super-affiliate. What will happen to affiliates doing arbitrage through Facebook? How good will their funnels need to be to keep performing, when Facebook is in the same space? What will happen to technological solutions that add (sub)affiliate links to the content produced by major media companies?

Same affiliates will be able to tap into the combined reach of Facebook and Libra, a one-stop-shop that covers all the sales process, from identifying a responsive audience to collecting commissions. Other affiliates will see the value they deliver to their users is dwarfed by what Facebook offers.

The distance between CPC/CPM ads and performance-based models may become thinner, at least for advertisers that convert well and on big volumes. The data available will be substantial, and so will be the number of long-tail affiliates: every Facebook, or Libra in general, a user could become an affiliate whose commissions can be credited in real-time. Having direct, personal contacts with top affiliates will still be vital, but the same can be said for the ability to work on scale.

Libra has already attracted the attention of lawmakers, media, competitors, etc. Many have already spoken critically about Libra, probably even before understanding it. The satisfaction of Libra’s users will not be kept easily. As long as people identify Libra with Facebook, each time a potential issue arises on one of them, we’ll be bombarded with warnings, crying how fragile they are etc. Then once users go back to transferring money easily to a friend abroad, or making a purchase online, or receiving funds/commissions/cashback when needed, most of these concerns will disappear.

Libra also has to keep a harmonic vision among its own members. The Libra Association looks very solid because it brings together giants from various sectors, including financial (like Visa, Mastercard, PayPal, PayU, Stripe), blockchain (like Coinbase), marketplaces/services (like eBay, Lyft, Uber, and the already mentioned Spotify). The present interests of its members are aligned, but what happens if they diverge: will they consider Libra part of their core business or just a side bet? The voting rights of each member of the Libra Association are capped, so one member can’t control it, but Companies can still decide if/how to interface their other services with Libra.

At the top of this, Libra will not be available in US sanctioned countries, or countries that have outlawed cryptocurrencies. WeChat and AliPay do not have to worry about this while they conquer more and more users abroad: the mighty market of Mainland China is out of reach, both for Libra and, as we know, Facebook in general.

How can you grow with Libra?

Should you wait and see how Libra goes, before preparing for it? If you read this far, you probably already know the answer: yesterday was the best time to get ready for Libra, but today is better than waiting. Even if Libra would not go ahead at its full potential, we all know other players are already working to disrupt the industry. Wise affiliate networks will keep running reliable, independent analysis of where they stand in the upcoming industry landscape. They will keep improving the value and variety delivered to publishers and advertisers. Value in terms of sales, reach, reliability, flexibility and friendliness, at all levels. Variety, in terms of types of merchants and, especially, affiliates recruited. The Pareto rule will stand unchallenged, the majority of the sales will still come from a limited number of affiliates. But long-tail affiliates can also contribute value, including content that ranks well, SEO-wise, and brings a steady amount of sales over the months. Endorsements that may not bring big sales, but add value to brands (yes, affiliate network fees on this will not be substantial, but consider it an investment in keeping both publishers and advertisers happy). The times of the undifferentiated affiliate networks are almost gone, Libra will just give the final blow.

Performance marketing professionals will likely benefit from Libra. As long as they welcome change, it will expand their affiliate base substantially. Many of these affiliates will not even see themselves as such, and in many cases very little will be known about them. So scalability becomes the key: in a few years, Python will be a required skill for affiliate managers. At the top of automation tools (to monitor TM+ bidding, flag fraudulent patterns in traffic, etc.) that are already widely used, new SaaS solutions for performance marketing will become part of each affiliate manager’s toolbox.

Affiliates will need to understand what the Libra ecosystem offers them. Does it make sense for them to build upon it? For example, how will a loyalty site add value to the life of its users, when Facebook may be offering or facilitating, cashback for each transaction done through Libra? Should it build a wallet of its own, topping up the percentage of cashback through direct deals with advertisers?

For everyone interested, there are white papers describing the Libra Blockchain, its programming language and the other technical aspects.

Overall, I look forward to contributing, as performance marketeer, to the success of Libra. In general, I welcome systemic changes. Industries start, full of innovation. Systemic changes ensure innovation keeps going, with no temptation to rest on old glories. That’s part of how we evolve as a society and as individual people

Frank Ravanelli is the General Media Manager (Asia/Oceania) and Head of Affiliates (Asia/EMEA) for the Swedish beauty and luxury brand FOREO. Frank has been in digital marketing since 1995, and in affiliate marketing since 1999. He has worked internationally, in London, USA, Malta Estonia, Canada. He leads the affiliate programs of leading USA eCommerce and SaaS Corporations; European IT, entertainment and financial brands. He is currently focused on performance marketing for luxury and beauty, especially for Asian markets.