When Big Browsers Evolve, Performance Advertising Evolves With It

As browsers continue to drive how we enhance user privacy, Becky Doles looks at how the browser tech giants are evolving browsers and the advertising ecosystem in general. 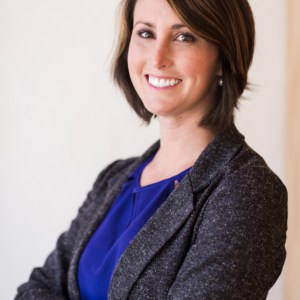 It’s hard to believe Google’s Chrome is already 10 years old but a lot has changed since the world’s most popular internet browser debuted. The biggest browsers, once viewed as revolutionary access points to a universe of information, are increasingly being accused of data exploitation and shamed for an apparent disregard for user privacy. As a result, they’re changing the ways that advertising works on the internet.

Let’s look at how browser tech giants like Mozilla, Google, Apple, and Microsoft are evolving browsers and the advertising ecosystem in general.

Companies walk a fine line between giving customers a personalized experience (by collecting the data needed to do it well) and appearing too much like Big Brother. Some browsers err on the side of caution, namely Firefox by Mozilla, which announced in August 2018 that it would take even more aggressive measures to protect user privacy. In June 2019, the company began to roll out Enhanced Tracking Protection, which automatically blocks tracking codes placed by advertisers or third parties that are not the website publisher. The anti-tracking solution is on by default for new users, with plans to eventually roll it out for existing users without them needing to take any action (this won’t block ads unless they have tracking scripts that take too long to load.) This is a first for Mozilla but not for Apple, whose Safari browser already blocks third-party trackers by default.

Meanwhile, Google didn’t make any friends when it recently released Chrome 69, and users discovered that it automatically linked web-based sign-in to browser-based sign-in. Meaning, if users signed in to one site owned by Google (e.g., Gmail), they were automatically signed in to the Chrome browser and, in essence, any other Google site they visited, thanks to their synced data and saved passwords in Chrome. This move raised privacy concerns because hackers can often crack one “safe” site to get into more of them; automatically signing people in to all their Google accounts increases the risk of that happening.

It’s still up to customers which browser delivers the experience (and privacy controls) they value. Worldwide, over 60% of users browse on Google Chrome, but Apple (around 16%) and Firefox (around 5%) could see their market share increase if privacy comes to a head and users are willing to make a change.

Ad blocking and you

We’ve written extensively about ad blocking, but the tech giants are still divided as to how much rein online ads should have. On the one hand, the internet is ripe with opportunities for advertising, but on the other, they detract from the user experience and tend to annoy more than entice or inform. Apple has taken the stance of natively supporting the blocking of ads and auto-play videos in its Safari browser, in addition to curtailing user tracking technology. To learn more about  ITP 2.0 and the future of performance marketing, deep dive into this article.

Apple is not alone. Google has played an instrumental role in the Coalition for Better Ads, an advocacy group including media buyers, publishers, and advertisers committed to improving the advertising ecosystem and removing bad players. However, the search giant so far has refrained from taking anti-tracking measures to the extreme that Apple has, as Google’s primary source of revenue comes from — what else? — online advertising.

At TUNE, our stance has been that better consumer privacy and data security measures are a good thing for the industry. Limiting tracking to user-friendly standards and native formats pushes advertisers, both to think strategically about the data they collect and to create ads that people want to see and engage with.

It’s expected that each tech giant fights to keep market share, but a controversial new Microsoft update attempted to make it more explicit. Last September, a beta version of Microsoft 10 included a warning that cautioned users when they tried to install a browser from a rival company like Google or Mozilla. “You already have Microsoft Edge – the safer, faster browser for Windows 10,” read the prompt. Users reacted so negatively that Microsoft reversed course just two days later, although the warning has not been ruled out for future browser updates.

With the company’s Edge browser currently around 6% market share on desktop, it remains to be seen if any kind of explicit approach, whether forceful or subtle, will end up helping or hurting Microsoft’s fight for users.

Setting the standard in new industries

The tech giants are also paving the way in developing industries like artificial intelligence and cryptocurrency. In June 2018, Google published an ethical framework regarding AI, which included thoughts about how robots may help customers find what they’re looking for online.

In addition, the giants are already taking stances on cryptocurrency from within their browsers. Opera has added built-in Ethereum support to its desktop version, allowing users to seamlessly interact with decentralized applications (called dApps). Currently, with Google Chrome, most Ethereum and dApp users rely on a browser extension called MetaMask, which users have to download and install from the Chrome Web Store. But other major players like Facebook are also coming out with their own cryptocurrencies, setting the stage for a future showdown where both power and money are almost entirely based in a digital world.

Looking to the future

Browsers continue to drive how we enforce user privacy, access new technologies, and connect to the rest of the world. As additional industries take shape, and advertising follows close behind, it will be the browsers that determine the way forward and dictate how users find the information they seek, how brands can provide it, and how advertising bridges the gap between the two.