Is there a place for artificial intelligence in affiliate marketing? Ken Leren, founder of Marketing Town discusses the opportunities and challenges and where the technology can fit in the industry. 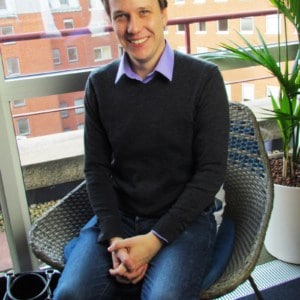 Artificial intelligence (AI) – or, more specifically machine learning – is at the tip of every marketer’s tongue at the moment.

They hope the technology will prove a fillip to the industry by leveraging more data, more quickly and more efficiently whilst bringing in cost and personnel efficiencies across the board.

That’s particularly true in affiliate marketing where machine learning (ML) promises to bring benefits to publishers, brands and networks alike: in short, it stands to disrupt everything we do today. Already, we are seeing how ML can help in terms of fraud prevention and lead generation.

However, we must beware the hype. There are considerable challenges to AI fulfilling its potential, not least advances in the tech needed, the lack of real-time integration and little (albeit growing) trust and buy-in from senior management.

It’s akin to the position of blockchain: there’s a lot of potential and definitely a massive future for it, but the use cases are a lot more limited than they’re often made out to be. There are a lot of caveats that need to be overcome.

Let’s start with the positives

There is already an element of ML in lead generation platforms, particularly around fraud prevention, but there is scope for it to be used more in terms of validation and delivery of the lead – something still very much driven by algorithms programmed around human instinct and analysis.

For instance, at the moment leads gathered are generally used to trigger emails and messages sent at pre-programmed times in order to incentivise customers.

Imagine if you could customise that process to an individual level? So, say, rather than sending out a set of emails at 6pm, you could target an individual’s inbox at the very moment you expect them to be opening it. Perhaps during their commute at 6.07pm, or arriving home later that day.

ML gives you the ability at a very exact level to look at how people have interacted with your content before and to action your interaction at the right time for each person, rather than segmentally.

Validation, too, can be improved, such as tying names to gender – simple when it’s Sarah, but harder for an Andrea, Alex or Sam. These are flags to highlight potential sources of conflict at present, but we don’t yet use it on a larger scale to make our decisions for us. That will come.

And what about the opportunities?

The opportunities on the affiliate side are even greater. All the affiliate networks and tech providers talk about the long tail.  There are some 250K publishers which they have on their networks but they are not easily reached or perhaps engaging with the right brands either because they are too small to consider or their vertical is not on a brand’s agenda.

However, ML can help by using the vast data hoarded by affiliate networks and tech providers to identify publishers which would specifically work for a particular brand or advertiser.

A big account, says Hilton for example, will have huge amounts of affiliates driving its affiliate activity but will be managed by a team of affiliate managers who are actively searching for new affiliates; engaging with existing affiliates, making sure their content is up to date and so on. What this human-heavy team can’t do at the moment is to take all of the data into account in order to find individual publishers which have worked with similar brands, for similar stories and with similar demographics and use that to identify the correct affiliates to use.

Conversely, affiliates have thousands of affiliate programmes to choose from – how can they know which brands will make them the most money or deliver the highest effective cost per thousand? Based on your demographics, ML could inform what revenue streams and programmes you should be considering.

It could also be used for product promotion. If there is a product that is very complementary and sells a lot in combination with another product then that can be used to enhance the offers provided on an affiliate site or on the merchant site as opposed to tracking someone and knowing who they are before they arrive on your website, which isn’t very GDPR friendly.

It all comes back to data

However, ML’s biggest strength in affiliate is its biggest weakness – that huge reliance on data. Trust is also an issue, as is the cost, as is the time it takes to integrate learnings into models. It is also not real-time, which is a problem for some processes.

Senior management has a lot of curiosity about ML but little trust and ultimately, because the decisions made by ML algorithms are derived from data collected by humans, you’re still relying on the human element – and that has a bias.

For example, there are plenty of reports about ML in voice search that shows it is unconsciously biased towards men: simply, the data available is based on male-dominated society.

For affiliates, it could be that the data is derived from an environment in which cashback is king and the primary driver. So results from the ML programme will – without manual adjustment – similarly be biased towards cashback.

In the short term, those drawbacks mean its biggest advantage will be in advising humans and helping them to do their job better rather than taking over that job, which remains a long way off.

Instead of creating and executing a media plan autonomously think of ML’s ability to create a draft media plan for the next month or so – something that still relies on levers that humans can control. It’s a matter of slowly trying things out and seeing where there are optimisations to be found rather than processes to be changed. We’re talking about tweaking and complementing existing optimisations rather than replacing them with AI.

For me, for the foreseeable future, the top three use cases for AI in affiliate will be in identifying possible partnerships, preventing fraud and contextually informing the offers displayed to consumers.

Ken Leren is passionate about – and has extensive technological expertise – in all things digital. Over the last decade, he has worked across multichannel marketing campaigns, bringing in-depth experience in lead generation and performance marketing strategies. Having identified a gap in the market for performance management software, he founded Tech Essence and launched Marketing Town, a campaign management, tracking, and analytics platform, to help businesses realise digital potential through innovative use of technology.