Is it Time to Stop being so Short Sighted About Viewability

James Milne, managing director of Northen Europe at Outbrain argues that its time for advertisers to stop being so short-sighted about viewability and instead introduce their own viewability standards. 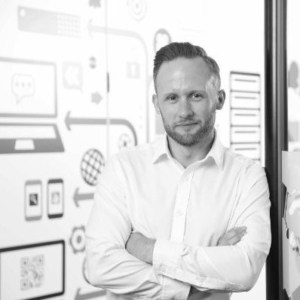 The digital advertising industry has a major problem on its hands, challenged by the false assumption that higher viewability rates guarantee higher engagement among consumers. Brands under this clout are paying the price – both from their pocket and the experience they provide – as 75% of consumers fail to recall brands from ads deemed “viewable” by industry standards. We surveyed 1000 UK consumers, and the results suggest the industry benchmark is more than a little short-sighted.

First impressions are everything

First impressions are everything when it comes to building relationships with consumers. You’re sure to get off on the wrong foot if your advertising is turning consumers off from the start. A massive 95% of consumers interviewed stated they are more likely to have a negative attitude towards a brand that disrupts or interrupts their online activity.

One solution is choosing the right format. Respondents voted online pop-ups (56%), auto-play video with sound (45%) and auto-play video without sound (35%) as the most annoying ad formats. This is primarily because those formats do not offer the choice to engage – these ads are thrust upon consumers without their permission.

In contrast, click-to-play videos were chosen as the least intrusive across all video advertising formats. By choosing native and click-to-play formats instead, advertisers can create experiences that avoid disrupting the user experience.

Relevancy is perhaps the most important ingredient in pull (rather than push) marketing tactics. 43% of consumers only remember an advertised product if it’s relevant to them.

Although we can tailor our campaigns to our audiences’ preferences, whether they are actually seen is not guaranteed. This happens every day in digital advertising because, as we see it, the current standards for viewability simply aren’t enough. For a video ad to be viewable, the IAB says that just 50% of pixels must be visible on-screen for two consecutive seconds. But when we road-tested this, a huge 75% of consumers are unable to recall the brand. There is no doubt that this is damaging the industry – because right now, viewable doesn’t mean visible.

With poor recall threatening to make advertiser efforts futile, it is time the industry came together and stopped being so short-sighted about viewability. It’s time to take off the rose-tinted glasses and see it for what it is: a faulty metric with the potential to undermine all the effort advertisers put into respecting and enhancing the user experience.

Advertisers need to start setting their own standards – but that doesn’t mean establishing their own viewability standards as Nestle did. Instead, it means adhering to creating the kinds of ads that bring value to the user experience. It means opting for native ads in formats that respect the consumer journey. It means championing better viewability for the benefit of everyone.

Respecting and appealing to audiences – and not disrupting their online experience – will make the web a better, more fruitful place. In tacking viewability issues head-on, ad wastage can effectively be reduced. Advertisers and publishers will struggle to prove ROI by relying on viewability metrics alone, and must now think seriously about overlaying more pertinent metrics, ensuring full transparency on advertising impact.

James Milne is the Managing Director of Northern Europe for Outbrain, the world’s leading discovery and native advertising platform for the open web. A seasoned industry veteran, James brings nearly 10 years of knowledge and hands-on experience driving sales growth and tapping into new market segments. He oversees the strategic direction of the region's publisher and advertising revenues. In 2018, James was named one of PerofrmanceIN's Top 50 Industry Players for his exceptional work pushing forward the performance marketing industry on a global scale.