Native Advertising: Flying High on Hype, or in the Ditch of Disappointment?

Is native advertising still flying high on hype, or firmly in the ditch of disappointment? 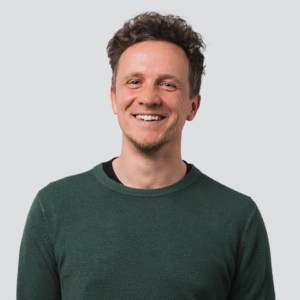 The truth, if recent news is anything to go by, maybe somewhere in the middle. Next year, eMarketer predicts native will account for fully 65% of US display spend – 34% outside of social channels. With the IAB releasing the first major update of its native advertising playbook since 2013, the message is clear: native is no longer just about those ‘recommended reading’ links you see below the fold. Just as most publishers now each have content studios, they are likewise more active than ever in the native space – meaning the overall quality of the sector, as well as its accessibility via programmatic, is on the up. But also, various factors and players within the industry must pull together for native to fully achieve its potential, in a way they haven’t managed to – at least up to this point.

UX, cost and the impact of programmatic native

Let’s start with some uncensored analysis of how the sector looks, from an advertiser’s standpoint. The most obvious opportunity right now is the same as it always was: the essence and spirit of native being unobtrusive and complementary to the user experience.

Another is around cost. This wasn’t always the case, but as so often, it’s a side effect of growing supply. The third is the benefit of native now being traded overwhelmingly via programmatic: it works in real-time, and trades in single impressions.

An under-reported benefit of this shift is that it’s quick, easier and more affordable than ever to experiment, test and learn when running native campaigns. This presents all kinds of potential new opportunities to the buyer – to take one, the option of running those native campaigns alongside existing display activity – who’s to say there isn’t a potential multiplier effect or double win there?

A quick add-on to cut costs?

That said, I would stress native should not be seen by agencies as just another quick add-on to cut costs. The key is in how you adapt your approach: with native specifically complementing expectations around the format. What I’m saying is, it’s not – as many have mistakenly thought – regular display simply reformatted in-feed or in stream.

Where we are going wrong with native is we treat it the same as display. It shouldn’t be a case of just getting people to click and sucking them into the sales funnel – in truth, it’s about quality – native should tell a story both in-ad and post-click. So, it’s not just a case of ‘we are the best product – buy here.’ In fact, it’s about selling a story, inviting people to read more about it. The selling part comes later, which is still quite a lot for many to get their heads around.

In fact, this ‘rush to conversion’ is why we still see clickbait in native – still associated as it is in some quarters with recommended reading widgets at the end of articles. The reality in 2019 is that native formats such as Taboola’s, for example, are also in-feed (similar to the in-stream video format we see so often) as well as positioned to the right hand of the page body. So, you can certainly distinguish your brand when it comes to formats. In fact, the right match between native ad, and landing page content is an area for serious consideration – and considered right, one of opportunity. Our own internal data shows that when the match is right, quality and depth of visit greatly exceed what we see in regular display.

As so often, quality is also contextual. And the use of the right targeting keywords can help you avoid the dross. For example, let’s say you were a health insurance advertiser – you might serve ads to a specific audience or at a specific time of year, but rule out content associated with accidents, or sickness. In other words, create a negative keyword list to avoid, so that you end up in the best possible environment.

In conclusion, it’s an interesting time for native – not as high on hype as it once was perhaps, but also showing signs of a new maturity and flexibility. And IAB’s release of its 2.0 native guide definitely makes it feel like a time for reflection. In my own view, despite all of the discussion on native so far, we have still only scratched the surface. To take one example – how it should be optimised to work alongside the programmatic display. Amazingly, this is a question which still hasn’t been fully addressed.

And a huge factor in that is how we must take a customised approach to each channel – tailored and different.

If there’s one lesson you take from this article – let it be that native is not just another unit, where you resize existing creative and hope for the best.

Marco Van Hierden is Performance and Quality Team Lead at Platform161, Europe’s leading programmatic buying platform. He has a wealth of experience across media planning, buying and campaign management in roles for businesses including Zenith Optimedia and Reader’s Digest. Native advertising has also been a strong focus for Marco across a number of his roles. His previously experience also includes working as a DJ and radio producer.