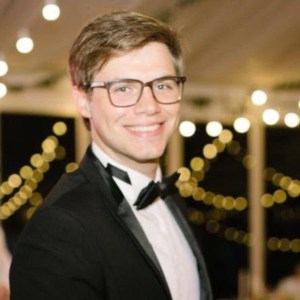 UAE Is the biggest player in the Arab e-commerce market

As we move into a generation driven by e-commerce and social media, the shift to online shopping is becoming increasingly popular. In fact, one of the most prominent trends revealed in Admitad’s report highlights that the average penetration of online shopping in the world is expected to reach over 63% by the end of this year.

To put things into perspective, over 1.9 billion people currently use online platforms for their shopping purposes; which is over 25% of the world’s population! An interesting factor in the report reveals that in most Arab countries, it is the millennials that monopolise the majority of internet usage as well as having a significantly higher purchasing power as compared to their peers from other countries.

Let’s take into account that a recent report from Global Media Insight showed that over 64% of the UAE’s population were under the age of 31. As of 2019, the UAE is one of the biggest players in the Arab e-commerce market.

83% of UAE’s 8.2 million internet users make purchases online. With the rise of digital retail platforms, such as Namshi, Noon, Ounass and several others, the UAE’s e-commerce market is estimated to be worth an astounding $27.1 billion by the year 2022. The high purchasing power for luxury goods in the MENA Region (particularly in the UAE) is significantly bigger than any other country in the world.

Arab countries currently rank 9th by demand for luxury goods, but there is definitely a steady rise in the UAE’s position on the list. Whilst growth opportunities in many markets do tend to decline in specific periods of time, it has become imperative to acknowledge the current climate in the UAE and what that might mean for affiliate marketing advertisers.

Another important analysis outlined that by the year 2020, the mobile advertising market will exceed all other ‘traditional’ channels. It is becoming increasingly imperative for advertisers to find a way to increase traffic via mobile internet and social media platforms. In fact, omnichannel approaches are picking up speed, as consumers enjoy a balanced environment where they can access multiple platforms, devices and spaces- convenience is trendy. More and more companies are becoming aware of the switch from desktop usage to mobiles, and are consequently launching mobile apps to accompany their marketing efforts.

“There is no shortage of great websites and applications in every vertical, from travel & tourism to luxury goods. Nowhere is there greater opportunity right now than in the Middle East,” commented Michael Hansen, CEO & founder of Dubli.com.

In a highly digitised era that will continue to grow exponentially, it is becoming increasingly evident that consumers are moving their shopping needs towards online platforms. Saudi Arabia is indeed home to one of the youngest populations in the world, i.e. 70% of the country’s population are under the age of 35 with a largely tech-savvy consumer base, it is one of the many reasons for their significantly high online consumer activity.

Mobilisation is also a very popular movement amongst the consumer base in Saudi Arabia. Over 70% of the population have made online purchases through the use of smartphones. In fact, mCommerce purchases are at an all-time high with over 50% of purchases across all sectors being made through mobiles. Research And Markets reported that B2C eCommerce sales in Saudi Arabia have been expected to double between 2018 and 2022. With one of the highest smartphone penetrations in the world, Saudi consumers are looking more towards their phones for product information and purchases. It is high time we acknowledge that mobilisation is no longer a trend, but an important characteristic when it comes to eCommerce.

Cross-border sales is another huge contributor to the online market- an analysis by ystats.com states that over 50% of KSA’s market is attributed to purchases made on the international platform. And one of the main accelerators for the development of eCommerce is the expansion and standardisation of the delivery system in 2018 – an implementation that will essentially speed up the delivery of goods via the Internet and make logistics as convenient as possible.

As the driver for smartphone penetration continues to increase, the behaviour of consumers are simultaneously evolving. However, businesses, advertisers and publishers are also consistently preparing for a large online consumer base. Businesses are establishing online platforms for their consumers to reach them comfortably, advertisers are targeting their consumers on platforms like Facebook that is very popular amongst Saudi internet users. It has become evident that as the populous becomes majorly digital, businesses will also need to get smarter.

Although the internet is only used by half the population of Egypt, it is still developing at an exponential rate. In fact, by the number of users alone, Egypt ranks first in the whole MENA region. By the year 2030, the growth of e-commerce in the country is expected to be remarkable – the road map includes improved Internet Networks (5G) and the opening of more than 4000 post offices for logistical convenience to aid this active development.

In a recent report by PHD Egypt, Nour Saleh evidently notes how the Egyptian government is getting involved at all levels to increase awareness of the vast opportunities that digitization can bring to the country overall. As Egypt ventures the translation of their public sector and economy towards a digital platform, the availability of data is voluminous. The country is making prominent efforts to simplify mundane tasks and provide a smooth pathway into a digital era, including encouraging businesses to equip this transformation.

An analysis by Bain & Company estimates that the e-commerce market in the MENA Region is expected to reach $28.5 billion by 2022. As this industry continues to rise, even the small pool of internet users in Egypt is impressively active. Today, a vast majority of Egyptian people rely on social media communities, Facebook being at the top to search for information on goods and where they can find the best deals. Though only 15% of online users in Egypt shop online, the populous is becoming progressively approachable in online communications and are therefore being profoundly influenced by recommendations.

Through this conscious endeavour, Egypt is proving that today is the best time to be in the e-commerce market in the MENA Region and advertisers need to start getting ready for an era of digitisation.

Do you have an exciting campaign in the MENA region that should be recognised on a global scale? Download the entry kit today and enter for a chance to win an International Performance Marketing Award.

Artem Rudyuk is Head of MENA region at Admitad. He is responsible for developing affiliate marketing in the Middle East and Northern Africa, by bringing and implementing best international practices and expertise in the region. Professional interests include discovering new types of content and loyalty programs monetization as well as finding and developing new opportunities in existing digital ecosystems.