Good or Bad? A Deep Dive into Traditional Media Partnerships and the Voucher Coupon Space 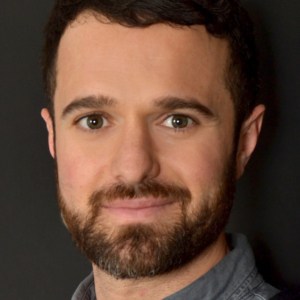 The rise of social media and how users consume news has changed the media industry. Traditional media publishers have monetised online ad revenue to combat the decline in subscriptions and print ad revenue.

Online ad revenue was the answer to the newspaper industry’s problems but digital ad spend is slowly drying up. In the US, advertising revenue has cratered, falling from $65 billion in 2000 to less than $19 billion in 2016. Newsroom employment fell nearly 40% between 1994 and 2014.

Traditional media publishers have been monetising vouchers and shopping related content since long before the internet. The first ever coupon code was created by Coca-Cola in 1888. It was distributed by local sales reps, magazines and newspapers. The strategy of companies distributing physical vouchers through newspapers and magazines continues to this day.

When newspapers went digital, they looked at the news way of generating income online. Shopping content, deals, and affiliate links are some of the core streams of income that keep media publishers in business. Here are some examples of how the World’s largest media publishers use content related to saving money to generate revenue:

Content related to savings, and newspapers/magazines distributing vouchers is nothing new. Adding digital vouchers to their arsenal is a compliment to their current shopping related content. The trend of white labels service providers providing vouchers for media publishers is a natural digital progression of a medium that is over 130 years old.

How are the traditional publishing houses encouraging diversification of digital revenue?

Media sites have been using affiliate marketing as a channel for driving revenue for over a decade. Traditional media publishers like the Independent in the UK, have created a subsection of their site called indybest where they create and monetise curated “top lists” and recommendations with affiliate tracking links directly from networks like Awin or CJ, or subnetworks such as Digidip and Skimlinks.

Commerce content, such as product reviews and recommendation pieces, predominantly targets shoppers that are in the awareness stage of their buyer’s journey, at the top of the sales funnel. Over the past few years, this strategy has worked moderately well for traditional Traditional media publishers and media providers but as ad spend drys up they are being forced to expand their affiliate marketing efforts further.

One such effort has been to partner with service providers offering “content adjacent coupon solutions”, which tend to target shoppers searching for a coupon or voucher code at a later stage in their buying journey. These platforms are usually attributed the last click in the user’s journey and therefore also generate a high visit-to-sale conversion rate.

The trend of major media publishers implementing these types of content adjacent solutions originally began in Germany. Over the last two years, major media publishers entering the space has upended the status quo in the UK and the US markets. Some of the more prominent examples include https://discountcode.dailymail.co.uk, https://coupons.cnn.com, and http://gutscheine.bild.de.

Using two separate models, commerce content and complete voucher code platforms, gives media publishers a chance for full sales funnel optimisation when working with advertisers. Writing detailed commerce content is costly and result in great content for users. But as shoppers who read reviews and recommendations are typically in the awareness stage of their journey, these content pieces tend to result in lower conversion rates of 1-2%.

On the other hand, for shoppers further in their sales journey, the difference of finding a good deal or voucher code is many times the deciding factor in a sale being made. That is why voucher code publishers and platforms typically have a much higher conversion rate than commerce content-based sites and are one of the last touch points for shoppers before a sale is made. On average, voucher code-based platforms can experience conversion rates of 10-15%

Addressing all sales touch points for shoppers by utilising a variety of methods and strategic partnerships are a sure way for media publishers to add a fresh revenue stream to their existing, struggling model that heavily depends on their ad-business. With that said, media publishers who have already, or are looking at establishing strategic partnerships in this area, still need to be wary.

Media publishers need to ensure that this new channel does not significantly cannibalise their current online ad revenue or create conflicts with advertisers involved in both channels. Though if implemented correctly, this shouldn’t be the case and most service providers specialising in this section have their eye on this legitimate concern.

Traditional media houses have big in-house sales teams or work with massive agencies responsible for selling their most valuable ad placements. Online ad revenue still makes up a massive part of Traditional media publishers digital revenue and commerce content solutions should be seen (and function) as a complementary revenue source, not competitive.

What do partnerships between traditional media houses and content adjacent solutions mean for the affiliate industry?

For the traditional media publishers

The traditional media publishers benefit the most from this trend. As ad revenues dry up and journalism slowly dies it is imperative that media publishers find a new way to generate revenue. Partnering with voucher code sites gives the media publishers a chance to diversify their revenue with very little overheads or risk.

Many media publishers are bureaucratic and slow moving when it comes to adopting modern media trends. Traditional media publishers that have partnered with white label partners understand the potential of these profitable partnerships. Those do not adapt are missing out on the new way of diversifying their digital earnings.

E-commerce companies that work with voucher code publishers are also prospering from traditional media publishers entering the voucher code space. This new marketing channel brings in more revenue, exposure and reach. Advertisers now have a chance to partner with the biggest publications in the World in a way that was previously not possible.

The affiliate channel was growing before traditional media publishers entered the space. The addition of these media heavyweights to the networks arsenal has given their advertisers more commercial opportunities to invest in affiliate marketing.

For the agencies, solution providers and other third parties

The fact that traditional media publishers are now in the affiliate space brings more money to the industry. This has a knock-on effect on every area of the industry. Agencies, solution providers and other third parties stand to profit from the increased budgets that the publishers, networks and advertisers have to play with.

For the voucher code publishers

There are winners and losers in the voucher code space. The winners are those that chose to adapt to the trend of white label partnerships with media publishers. The losers are the ones that don’t accept the trend and build their strategy around partnering with these media behemoths.

Webgears is a leading international voucher code publisher with partnerships with the World's largest media publishers. Webgears offer the services and tech premium publishers require to boost their commerce revenue channel. Webgears connects advertisers with savvy shoppers in Germany, the UK, and the US. Webgears was founded in 2010 with offices in Berlin, Germany, and Götzis, Austria. James Doherty is a senior Key Account Manager at Webgears and based in Berlin, Germany. James has over a decade of sales, digital marketing and key account management experience. Proficient at building partnerships and delivering growth, he has in-depth knowledge of numerous marketing channels, with a strong focus on key account management strategy and affiliate marketing.