Is There a Strong Case for Blockchain Technology in Today’s Performance World?

Blockchain is seeing more and more real-time applications and disruptive technology is set to revolutionise business interactions across nearly all industries around the world. 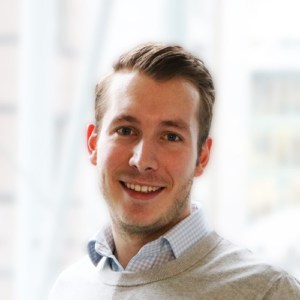 Where are we at with blockchain in the digital marketing industry and, more specifically, affiliate marketing?

The evolution of affiliate marketing, between challenges and opportunities

In 1994 cookies were added to the web to track what users were doing and this changed the history of affiliate marketing forever. In 1996 Amazon launched their associates program, which became the model for a number of affiliate networks and tech platforms.

Since then, affiliate marketing has grown into a multi-billion-dollar industry, and as the digital landscape continues to evolve, technology as well as innovation are playing an increasingly important role in our industry and are becoming an important prerequisite for using affiliate marketing as efficiently and optimally as possible in the marketing mix.

Nevertheless, while affiliate marketing continues to evolve at a rapid pace, every year brings new challenges and controversy with questions around lack of transparency, affiliate fraud, inconsistent pay-outs, interpretation issues, as well as tracking and measurement, which face new challenges with the features of anti-tracking methods such as Apple’s latest Intelligent Tracking Prevention and Google Chrome’s new privacy settings.

In short, the internet has grown and changed and will continue to do so, and the only way to stay on top of this is to keep up to date with the latest technology. Here comes the disruptive nature of blockchain technology.

Next generation performance marketing, how blockchain will change affiliate marketing

Blockchain is basically a decentralized solution used to store information securely. The data is stored on a cluster of computers, not owned by any single entity, using cryptographic principles (i.e. block/chain) making it resistant to data modification and virtually unhackable. By design blockchain dramatically reduce the risk of fraud and inaccuracy.

Thanks to its unique features, decentralisation, transparency and immutability, blockchain technology will become the future of industry and business interactions across nearly all industries around the world. In the last few years, we have seen much more exposure, and the interest is growing fast. Blockchain is seeing more and more real-time applications and could be neatly applied to affiliate marketing.

Because blockchain technology is basically focused on making transactions faster, safer and more transparent for all parties, the whole industry could benefit from the revolutionary technology which could help solve some of the most pressing challenges within affiliate marketing and ultimately provide publishers fraud-proof-tracking, transparent validations, undisputable attribution, and prompt payment. Advertisers, on the other hand, could be happy in the knowledge that they only pay for the completion of clearly defined end-user tasks.

Furthermore, disruptive technology could offer a better distribution of advertising revenues among all participants in the value chain and create completely new business models, bringing our industry more advertising channels and new customers.

Blockchain technology and performance marketing can be combined and we have already seen a couple of small blockchain-based affiliate companies emerging such as Hoqu, AffiliateCoin, Attrace or Reftoken.

With those blockchain-based affiliate marketing platforms, smart contracts are the standard feature. In most case, everything from click tracking to affiliate sales agreement between publishers and merchants is ruled by smart contracts.

Attrace, for example, aims to become the first ever blockchain-based affiliate network being able to create an immutable record of every single affiliate clicks on its network by creating a smart contract each time a link is clicked.

By creating such automated digital contracts, issues around trust, disputes and fraud are effectively reduced as all parties agree on the same business rules and sales can be automatically attributed. The use of smart contracts will also eliminate late and disputed payments because commission payments will be issued automatically, and every transaction is stored indisputably on the public ledger of the blockchain.

However, the majority of those companies are based on existing blockchain technology (i.e. Ethereum) and asking publishers and advertisers to transact in crypto-tokens which could be a huge road-block for those who have not yet adopted cryptocurrencies.

In conclusion, major affiliate networks and tech providers will continue to add value and act as a bridge, a meeting point for publishers and advertisers to meet and conduct business as seamlessly as possible but the blockchain is going to bring a lot of opportunities for those who are ready to embrace the disruptive technology.

Industry-leading networks powered by blockchain technology will offer new opportunities for brands and higher profits for publishers and will enable the development of new functionalities around payments, reporting and attribution.

Furthermore, all relationships between advertisers and publishers will be automated, fully transparent and safe, fraud and validation disputes will be minimised.

Finally, real-time or automated smart contracts payments will grant a faster money flow for publishers. Merchants and publishers will be empowered to build closer relationships resulting in a higher value between the parties and better performance.

Since joining Tradedoubler in 2013, Clement has held various positions within Tradedoubler and has worked with many high-profile brands. In his current role, he is responsible for defining, implementing and maintaining appropriate operating standards and principles across Tradedoubler UK to maximize resources, sharing of best practices and commercial benefits. Clement also shares responsibility for managing key initiatives to support delivery of the UK business strategy and oversees the strategic direction of Tradedoubler UK operational business functions including Marketing and Talent Development.