Co-founder of RevLifter asks if mass discounting still works for retailers. They say the key is in being able to adopt a more personalised discounting strategy. 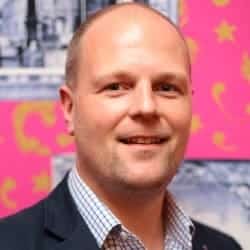 In a period of intense competition for retailers big and small, driven by online-only disruptors, mass discounting is a practice that makes sense. At least on the face of things.

Site-wide discounts offer a fast and simple way of grabbing people’s attention. They can be used to drive sales volume, gain new customers and re-engage old ones. Lowering prices is a sure-fire way of ensuring competitiveness in an overcrowded market, but everything comes at a cost, as retailers tend to find out.

The truth behind mass discounting

One of the biggest impacts of mass discounting is on customer behaviour. When someone uses a discount to purchase a high-value item during a heavy sales period (e.g. Black Friday, or a 20% off sale), there is always a risk of them expecting the same on their next visit.

Black Friday, in general, has taught shoppers to expect big reductions if they’re prepared to wait for them. According to Natalie Berg, a retail analyst and founder of NBK Retail, consumers are currently being “trained to buy on promotion”.

Mass discounting also has a short-term impact on profit margins – something that retailers are struggling to protect. One of the more puzzling aspects of mass discounting is the lack of consideration and selectiveness when it comes to the items involved. If you’re offering the same 10% discount across both low and high-margin products, all of that extra sales volume could be costing you money.

There are hidden issues to consider, like the process of returning items from customers that are happy to overbuy. “Serial returners” are said to be costing the UK retail industry an estimated £7 billion per year, with 25% of stores witnessing an increase in their return rates. Discounting entire product lines will only fuel this trend as customers when they see a bargain, are encouraged to buy more than they need.

Not only this but if you rely on driving sales over highly concentrated periods, what chance do you have of running a sustainable, healthy business? Once a beacon of the e-commerce world, and no stranger to a ‘20% off’ promotion, ASOS reported a near-90% drop in profits after deciding to curb its use of mass discounting. Pulling the plug, therefore, might not be as easy as it sounds.

In our opinion, mass discounting carries more cons than pros. Forget Black Friday and Cyber Monday; if the retail industry is to look beyond quick wins and consider the ramifications of record-breaking weeks, it has to steer away from broad-brush, site-wide sales.

Discounts in general, though, are not a bad thing. They drive purchase intent and even happiness if some studies are to be believed. Through a tactical and highly considered approach, it’s possible to increase sales, new customers and order values without the long-term baggage.

The key is in being able to adopt a more personalised discounting strategy. And by that, we are talking about something that works for both consumer and brand.

What is smart discounting?

RevLifter’s version of a personalised discounting strategy is inspired by its AI-powered solutions. Rather than incentivising every customer, they use a goals-driven approach to only convert those who meet certain criteria.

In the past, this would not have been possible. But technology is advancing to the extent that we can now personalise offers according to the person in front of them. This development is enabling retailers to manage and control their discounting, and without the hassle you’d expect from rewarding customers on a one-to-one basis.

To demonstrate its importance, let’s think about the lack of harmony between mass discounting and a retailer’s best interests. A single promotion is capable of answering to any one of the following aims:

A 10% off sale might increase revenue, but does it drive a profit? Does it answer to a set of business goals? Is it only boosting sales among regular customers, leading to a drop in incrementality?

Until now, it was acceptable to offset the negatives with positives. It’s how Black Friday rose to prominence; a time to trade all sensibility and logic for sales. Considering the rise in competition, the fickleness of each customer and our squeezing of margins, there has to be a smarter way of doing things.

Through AI-powered technology, RevLifter is helping retailers embrace the future of discounting.

Our campaigns achieve goals-driven, one-to-one personalisation through dynamic deals pages and on-site messaging tools, which only incentivise the customers our retailers want to drive. It means that discounting can be used to, for example, gain new customers and increase sales of high-margin items in a controlled and calculated manner.

Can I justify discounting?

If you’re already feeling the pressure on your margins, or carry a pre-existing view of discounting, it might seem easier to avoid it altogether.

We’d advise you to consider what we’d call the perfect scenario. If your customer has a basket full of high-value, high-margin products but is showing signs of abandonment, would you be prepared to discount in order to convert them?

These decisions are made on the fly, but not by the retailer, as their unique algorithm dictates when a discount needs to be offered. By using technology in an intelligent way, you can effectively pick and choose when you want to utilise discounting, and tap into its benefits.

While mass discounting is being brought to question, there is no doubting the future of hand-picked, one-to-one incentivisation. It is the easiest way for your competitors to seize market share, so you can’t afford to ignore it. Your discounting strategy should be more personalised, more considered and built around your own business goals. It’s then possible to only cut your prices when it makes sense to.

RevLifter personalises deals across any marketing channel. The platform uses AI to understand real-time signals from people's on-site behaviour to deliver the right deal, to the right customer, at the right time, allowing it to achieve the advertiser’s goals. The technology works by personalising offers on a retailer’s site. Each incentive is hand-picked to deliver incrementality and prevent customers from leaving their basket in search of deals from...