Five Things to Consider Before Taking Your Strategy to TikTok

Advertisers and publishers looking to utilise the growing platform of TikTok, here are five top steps to be aware of before creating a solid campaign strategy. 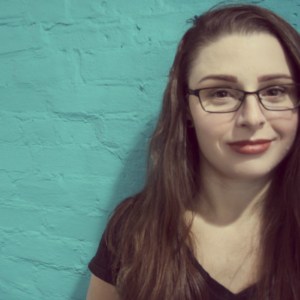 TikTok — known as Douyin in the Chinese market where it got its start — is a social media platform for creating short-form videos of 15 seconds or less. The app also has a built-in video editor that allows people to add effects to increase the appeal of their content. If people intend to publish content on TikTok or market it, they must understand what resonates with viewers.

Succeeding could pay off in massive ways. According to an article published in 2019, TikTok has 500 million total users in 150 countries. It reached such an impressive level of popularity quickly, and the speed offers another reason for marketers and people involved in content production to investigate possibly distributing material through the app.

TikTok can work well for many marketing strategies, but it’s not a miracle solution. Content professionals should keep the following five steps in mind before creating or moving forward with a TikTok campaign.

1. Find out if TikTok is relevant with your target audience

TikTok’s short-form videos are particularly popular with Gen Z. Users typically depend on TikTok to find or create humorous content that aligns with pop culture.

Before launching a TikTok strategy, marketers should ask themselves whether their intended approach is relevant to the younger demographic. If not, it may not be the right time to bring it to TikTok. Similarly, if lighthearted material doesn’t make sense for the brand’s tone and audience, publishing content on TikTok can backfire.

2. Remember that the app is controversial

Despite the app’s widespread use, it’s under fire in some places, including India. There, the majority of millennials want it banned. They assert that TikTok gives minors access to inappropriate content, including pornography. In mid-April 2019, the app disappeared from app stores during legal proceedings regarding a possible ban.

A couple of weeks later, the Indian Supreme Court lifted the ban, but that’s likely not the end of problems for the app. Legislators in Indonesia have already made the app illegal. They’ve indicated that they may change their minds if TikTok gets more serious about content moderation, which is a need the app creators are trying to meet in some countries.

Tech companies must be aware of the controversy as they plan to use TikTok, especially if they’re marketing in particular countries. A ban could make thoughtful and successful content temporarily or permanently lose traction depending on the length and severity of a ban.

Compared to other social media platforms like Facebook and Snapchat, TikTok offers relatively few advertising options. News coverage suggests that they may increase soon, but TikTok has not given a set timeline or even confirmed that it would dive deeper into advertising.

Some users report seeing traditional ads, such as one for a food delivery company, that appeared just after a person opened the app. Sources also believe that TikTok will roll out biddable ads in the coming months, which would allow marketers to bid against each other to win ad impressions on a managed platform.

4. Know the focus it will take to make engaging content

Sometimes it’s not possible to know what makes content go viral, but most successful TikTok content gains momentum when it’s original, fun and cool. The platform’s users don’t like material that appears as conventional ads. They want lighthearted stuff that matches the attitude shown by the platform at large.

Brand managers must plan on having the marketing budget and human resources to create content that aligns with the platform. If they have the dedication to figure out what works instead of just sticking to the content of an old playbook that worked for marketing on other platforms, they’ll have a higher likelihood of reaching new audiences with their material.

In one case of McDonald’s marketing in Malaysia via TikTok, the brand connected the content to their product by making TikTok clips where people danced to a Big-Mac-themed song called The Big Mac Chant individually or as groups. They then became eligible for cash prizes. Plus, because all entrants got a free Big Mac, the contest helped drive traffic into the fast-food brand’s locations.

The above campaign illustrates how bringing a competitive element to the effort can drive engagement. A person’s peers can be excellent participation boosters.

Since TikTok is relatively new, advertisers must also be comfortable with some trial and error. Some of the ideas they have at first may not gain traction, but it could still be possible to tweak them for success. Paying attention to what successful brands have already done is a good starting point.

For now, one of the most effective advertising strategies is to partner with TikTok influencers. Many of them are teens, making them well-positioned to distribute content that people in their age group will likely love.

5. Determine whether TikTok’s most popular content suits your brand

Many of the most popular kinds of content on TikTok are music and dance-related or feature video effects. In the relatively recent past, TikTok merged with Musical.ly, so it’s not surprising that much of the content is music related.
Marketers should evaluate whether their brands fit with what’s most common on TikTok. Conventional product placement videos or other widely used marketing methods may appear as lacking authenticity if they seem out of place. In one example that worked well, musician Patrick Martin promoted his “Cinema Love” single with a dedicated hashtag, TikTok’s “film reel” filter and a request for fans to post clips of things they loved.

Content publishers cannot waste time when connecting with audiences on TikTok, and Martin’s agency figured out how to resonate with fans while supporting the song. Other successful creators and advertisers should strongly consider following that lead.

A departure from the usual

Content professionals must realize that they can’t just apply tried-and-true strategies when deciding whether to move to TikTok. They must understand how the marketing type works, which content is most popular and how other brands succeeded on the platform.

Kayla Matthews, a tech and digital marketing journalist, has written for Convince and Convert, Outbrain, Marketing Dive and more. To read more by Matthews, follow her on Twitter or check out her tech blog, ProductivityBytes.com.