How to Capitalise on the Gig Economy

The gig economy has arrived. Increasingly, less and less individuals are full-time employees, and more are picking up jobs where they get to choose their hours, schedule, and income with companies like Uber, Lyft, Fiverr, Rover, Postmates, and TaskRabbit. In ... 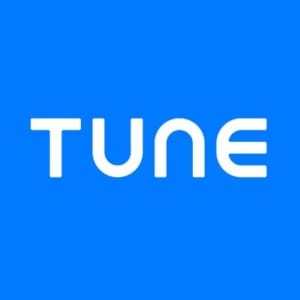 The gig economy has arrived. Increasingly, less and less individuals are full-time employees, and more are picking up jobs where they get to choose their hours, schedule, and income with companies like Uber, Lyft, Fiverr, Rover, Postmates, and TaskRabbit. In fact, a study by Intuit predicted that by 2020, over 40% of American workers will be independent contractors.

But what is this gig economy, how did it sneak up on us, and how is it making its mark on the affiliate marketing industry — and marketing as a whole?

The rise of the “gig”

Today, an impressive 34% of the workforce is now estimated to be a part of the gig economy. The rise of the gig economy was a perfect storm of sorts, fueled by the rise of mobile apps, which gave everyone access to rides, shopping, and food in a moment’s notice — or on-demand, as many companies and apps in the space are known. (The gig economy is also known as the “on-demand economy,” similar to the access economy and sharing economy.) Mobile also sped up standard business processes like orders, delivery, and hires to mere minutes instead of weeks or months of calls, meetings, and contracts.

Currently, the gig economy is responsible for $864 billion in revenue in the United States, with 44% of U.S. adults having participated in gig transactions at one point or another. A Gallup poll estimates that 29% of all workers in the U.S. have an alternative work arrangement as their primary job. This includes a quarter of all full-time workers (24%) and half of all part-time workers (49%). Including multiple job holders, 36% have a gig work arrangement in some capacity.

Part of that evolution was the normalising of the concept of business not only being done within office walls but in remote work environments. Entrepreneurship has grown in popularity, as today’s workforce craves (and expects) more flexibility and freedom than ever before. It’s no longer the norm for employees to work their way up a company ladder for a lifetime; these days, the average person changes jobs 10 to 15 times throughout their career. Pair this with affiliate marketing, where affiliates can earn extra income by promoting brands as a side hustle or full-time gig, and it’s a natural fit.

And there are benefits to employers as well. For one, they can reduce operating expenses incurred by a full-time hire; gig workers are a quick solution to understaffing problems, and it’s a great way to find a dedicated worker for short-term projects. Affiliate marketing is based solely on performance, meaning employers pay only for outcomes and sales generated.

It’s a win-win: affiliates are rewarded for as many results as they have the bandwidth and audience to generate, and employers pay a small cut of the money they’re making — with little risk as to ROI, and little downside if a certain affiliate doesn’t work out. In fact, 85% of executives plan to increase their organisation’s use of independent freelance workers over the next year.

Cities are in some ways at an advantage in the gig economy, because cities are usually the first places new apps debut, and their residents often have more expendable income to spend on things like meal delivery and dog walking services. But there are several ways the gig economy can also be a boom for small towns, and may even level the playing field.

For one, as technology improves, rural areas will have the same high-speed internet that makes mobile apps function best. For another, as companies embrace telecommuting, people will be able to work as independent contractors from anywhere — rural towns, city apartments, and anywhere in between. Besides, companies such as Airbnb have brought the gig economy to even the most rural areas, where an owner of an especially remote home may be able to earn just as much from travelers seeking to escape the hustle and bustle, as city-dwellers renting out a small urban room.

The beauty of affiliate marketing is that it can be done from anywhere with an internet connection, so the gig economy makes the perfect opportunity to merge these two worlds.

So, who are the frontrunners driving the gig economy? Across industries, here are the top gig economy apps and what they do:

● Meal delivery: Postmates. Any product from any store in under an hour.

● Chores: TaskRabbit. Taskers perform errands and chores you don’t want to do.

● Transportation: Uber. Of course, the initial gig economy app that changed the game.

All of these apps lend themselves well to affiliate marketing because affiliate marketing thrives off of niches — everything from city-living pet lovers to beauty bloggers. Affiliate marketers know their audiences well, often get higher trust and engagement than more traditional advertising routes, and are motivated financially to share in a way that converts for businesses. That makes promoting a gig app or company they’re passionate about a no-brainer for affiliates.

How to capitalise on the gig economy

Brands looking to capitalise on the gig economy can get started in a few simple steps.

First, it’s important to identify which parts of your business need to stay in-house, and which can be outsourced to gig workers. Take Airbnb, for example, they provide the software that enables searches, reviews, and payments, while their network of gig employees provides the apartments, homes, and local experiences. Similarly, Uber provides a technology platform, while drivers provide the service. Think through which parts of your business you can use to facilitate the gig side, and open up your bandwidth to gig workers.

Then, consider how affiliates might accelerate your brand’s growth and awareness. Will you have a robust affiliate program where you provide content, graphics, and swipe copy based on special promotions? Will you leverage industry influencers? Or, do a more grassroots approach of coupon codes and referral bonuses? There are countless options to get the word out through your affiliates, with the only limitations being your creativity, goals, and budget.

Then, think through how you’re going to reward affiliates. Based on your goals, you might reward them with commissions, coupons, or free products. The important part is that you have a way to accurately track conversions and capture data in real time, and easily manage payouts and share information with partners.

The easiest way to do this is through affiliate tracking software that enables you to measure, manage, and optimise your campaigns, all in one place. Otherwise, your best-laid plans could suddenly turn into mismatched data, spreadsheet overload, and unruly partnerships.

We’re excited to see where the gig economy takes us in the next few years — especially the freelancers wanting to create their own work/life experience, the employers able to find the right contractor at the right time, and the consumers looking for any service, at any time, and in any place.

Power up your own performance marketing efforts with a 30-day free trial of HasOffers.